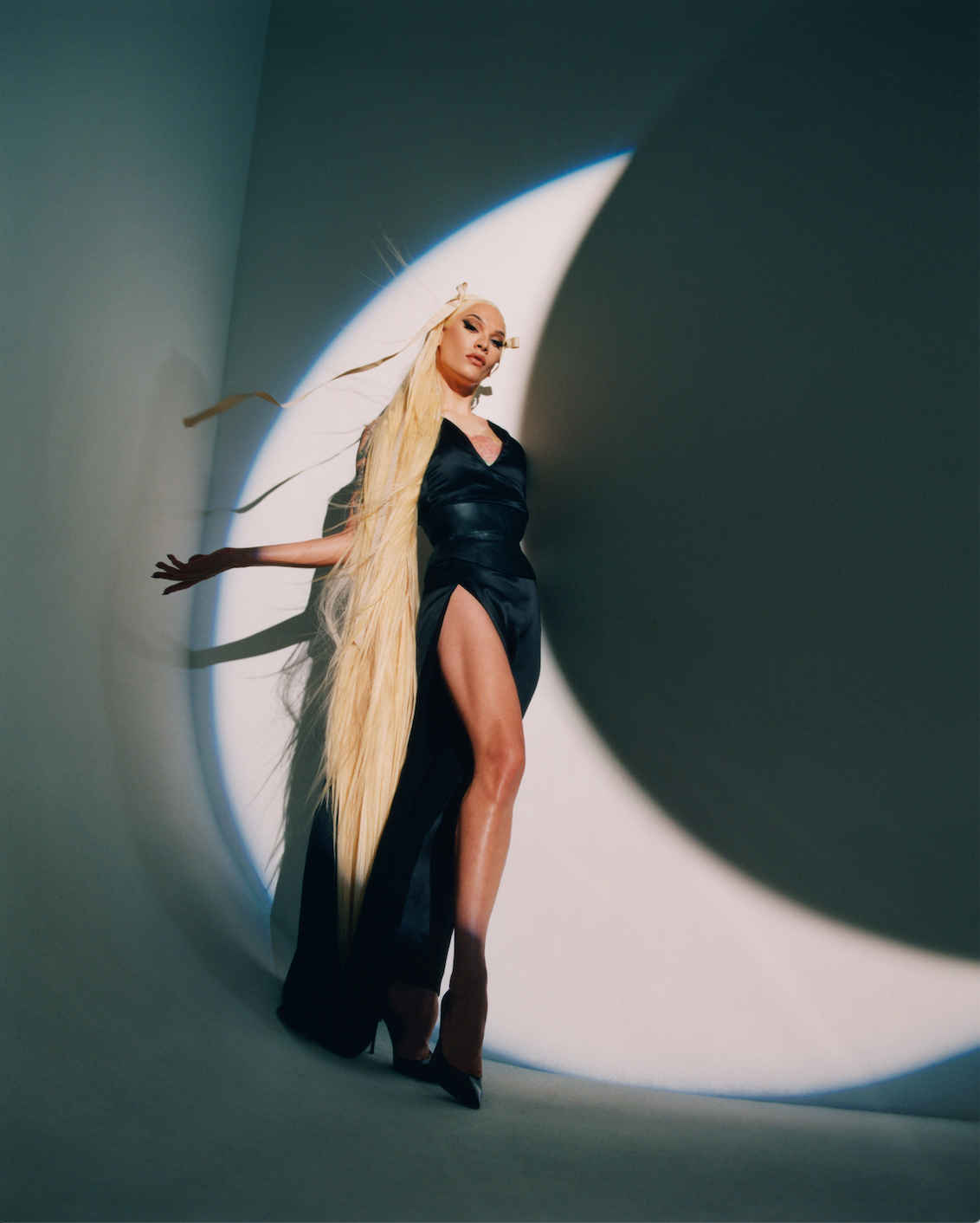 Miss Fame is in good company. The multi-hyphenate drag queen, entrepreneur and makeup artist is among a stellar group of supermodels chosen to pose for the annual CR calendar by Carine Roitfeld, the renowned French stylist.

The biggest names in fashion are all part of the prolific cast, including Cindy Crawford, Alek Wek and Irina Shayk. Miss Fame is, of course, an in-demand model in her own right. Since her memorable appearance as a contestant in RuPaul’s Drag Race, where she served high fashion and runway looks each week, Miss Fame has posed in editorials for countless international editions of Vogue, sat front row at Marc Jacobs shows and partied with Naomi Campbell.

Related | Miss Fame: Beauty For All

This year, the prestigious CR calendar takes form in a series of T-shirts — 12 to be exact, one for each month of the year — which is printed with each model and their corresponding zodiac sign. The total proceeds for the shirts go to a charity of the model’s choosing, and Miss Fame (a Cancer) chose the Hetrick-Martin Institute, the country’s longest-running service organization dedicated to LGBTQ+ youth. 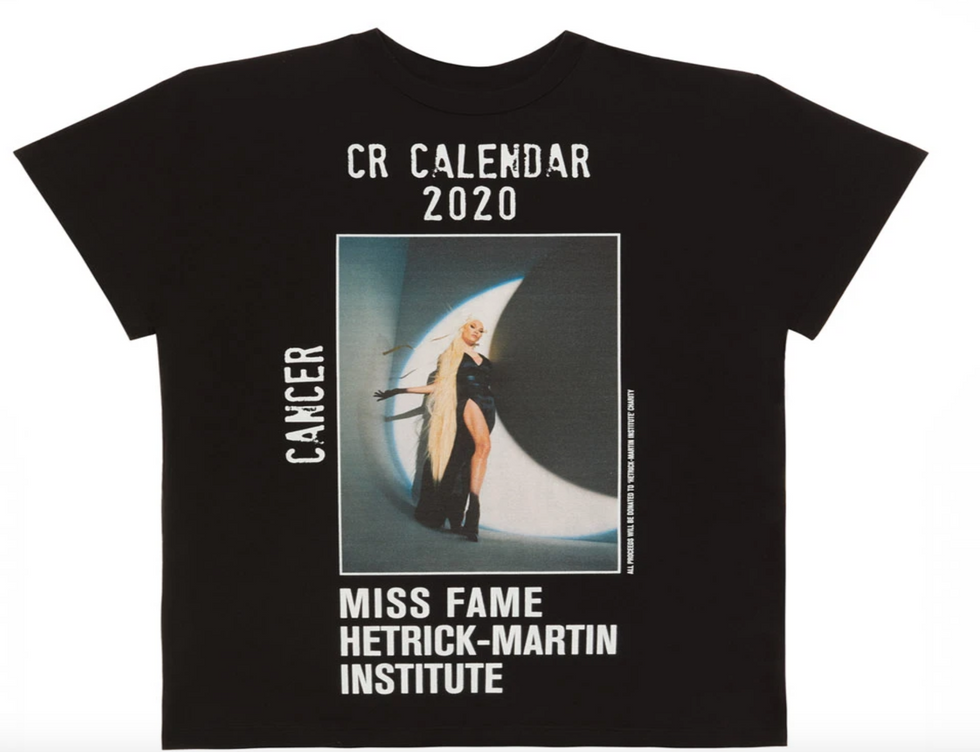 Miss Fame has a long history of work with the non-profit, having mentored its youth members during last year’s Pride season with Make Up For Ever. She also donated a portion of sales of the Under My Skin Collection from her beauty brand to HMI. Her history with Carine Roitfeld also goes way back, with the stylist booking Miss Fame for a stunning editorial in CR Fashion Book.

“We’re thrilled to create the first ever ‘t-shirt calendar’ for our annual CR Calendar with 12 models who represent beauty in all different forms, captured not only through the lens of astrology and philanthropy, but with Brianna’s daring aesthetic,” said Roitfeld in a statement, referring to trailblazing feminist photographer Brianna Capozzi, who shot the images.

See, below, for the complete cast, and head over to Redemption.com to pre-order the styles now.

Carine Roitfeld on Instagram: “Introducing @crfashionbook’s third annual calendar! Made in partnership with @redemptionofficial produced by @crstudio starring my girls…”