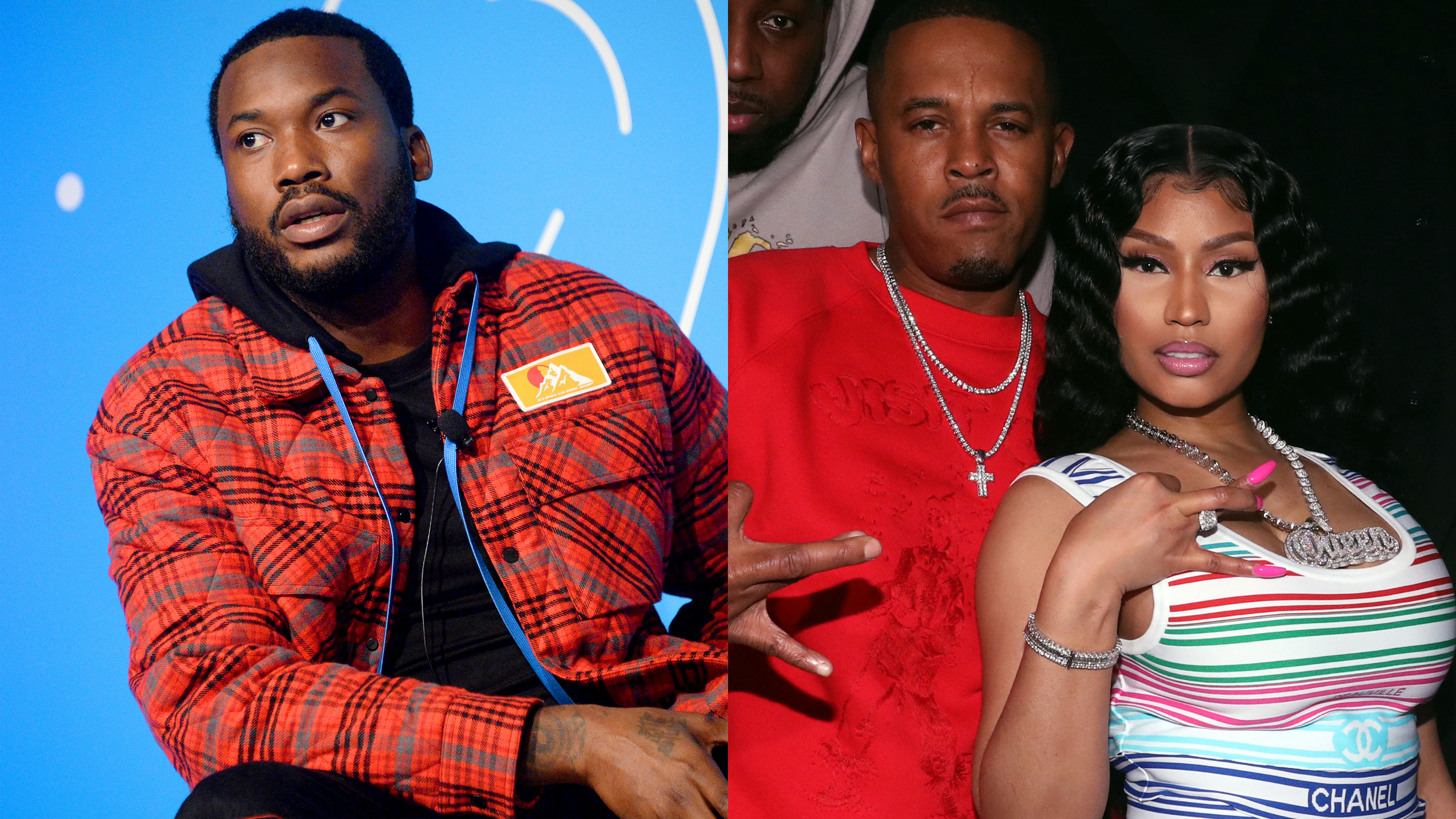 Meek Mill reportedly got into a heated exchange with Nicki Minaj’s husband Kenneth Petty. TMZ got footage of the shouting match, which supposedly occurred at Maxfield in West Hollywood.

Meek, who used to date Barbz, is seen in the video being held back by his security as he screams at Petty. Nicki also joins in on the chorus of violent yelling. What caused the altercation in the first place is unclear. Although, per TMZ, sources connected to Meek say that “he was already in the store shopping when Nicki and Kenneth came in an approached him.”

According to these sources, Petty was the first one to get loud, and that Meek was suggesting that they had a chat in private. TMZ’s source said, “He’s just happy he’s in a much better place, personally and professionally, than he was back when he and Nicki were dating.”

But it seems that there may still be bad blood between the two rappers, if the video circulating the web is to be believed. See the footage below, and judge for yourselves.

The Shade Room on Instagram: “#TSRExclusiveDetails: Whew chileeee! #MeekMill and #KennethPetty were seen on camera having a lil’ verbal altercation inside of a clothing…”