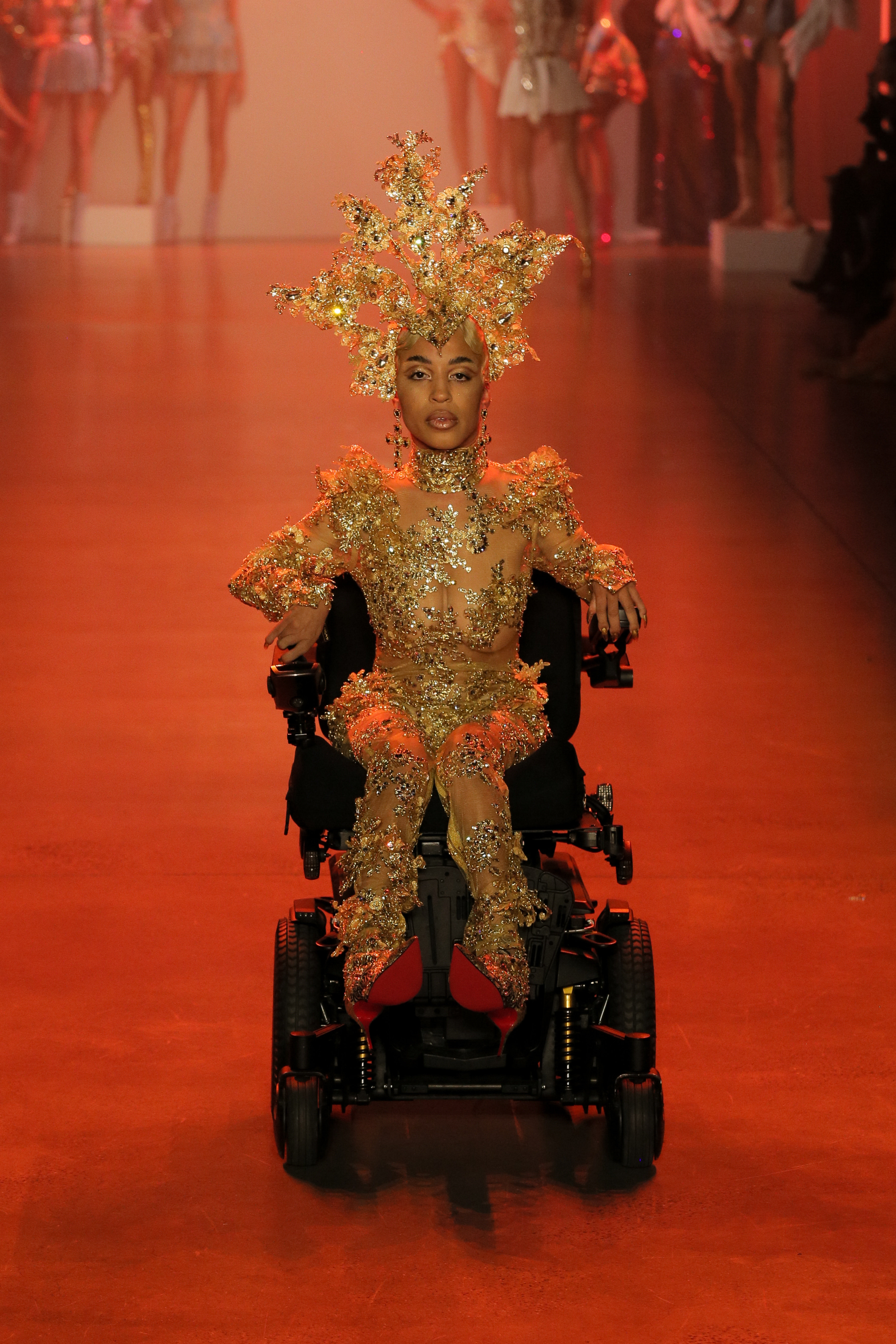 Season after season, designer duo Phillipe and David Blond have made a name for themselves as fashion week’s greatest showmen. From surprise Lil’ Kim performances to last season’s Eiffel Tower-straddling Paris Hilton cameo, The Blonds have always served a spectacle.

They consistently up the ante with each new show, which made their Fall 2020 presentation one of the hottest tickets in town. Famous fashion fiends like Saweetie, Amanda Lepore, Susanne Bartsch, Patrick Starrr, Lisa Rinna and Padma Lakshmi packed out the front row.

Related | Paris Hilton Mounted the Eiffel Tower at The Blonds

This season, The Blonds looked for heavenly inspiration with a collection that added a Latinx flair to the concept of fashion as religion. Combining classical elements like jewel-encrusted crosses and gold-plated crowns of thorns with rhinestoned face masks and Motorola’s smartphone update of their classic Razr flip phone, The Blonds’ futuristic opulence was equal parts ethereal and edgy.

A soundtrack of Madonna’s “Like A Prayer,” Rosalía’s “A Palé,” and FKA Twigs’ “Mary Magdalene” provided a contemporary-slant on the show’s religious theme, with Latinx pop-stars Natti Natasha and Gloria Trevi walking in the show. But the show’s clear highlight came when model and The L Word: Generation Q actress Jillian Mercado made her runway debut.

Jillian Mercado on Instagram: “This moment was brought to you by…⁣⁣ Every single person who has a disability around the world that has felt unseen and unheard. For the…”

Wearing an ornate golden bodysuit and matching headdress, Mercado shined like a divine deity as she made her way down the catwalk. The moment marked a personal milestone for Mercado, who has appeared in campaigns for Diesel, Nordstrom, Target and more, as her first time modeling in a fashion show.

Afterward she wrote on Instagram, “I’ve been through countless wars making sure that this moment was exactly how I imagined through every obstacle you can think of. Determination helped me get to this moment and those who believed in me made sure that it was as perfect as I knew I could be.”

Related | Jillian Mercado: An Icon in the Making

Mercado, who was born with spastic muscular dystrophy, has been a vocal advocate for disabled rights and representation in the world of fashion. Mercado also wrote that not only was this a big moment for her but for “every single person who has a disability around the world that has felt unseen and unheard. For the countless of times that we all have shouted for respect and equal representation. Or for the times other people speak for us, not with us. For when we felt like we just didn’t belong in this world because no one thought that we were capable of doing anything.”

Check out some of our favorite looks from The Blonds Fall 2020 show, below. 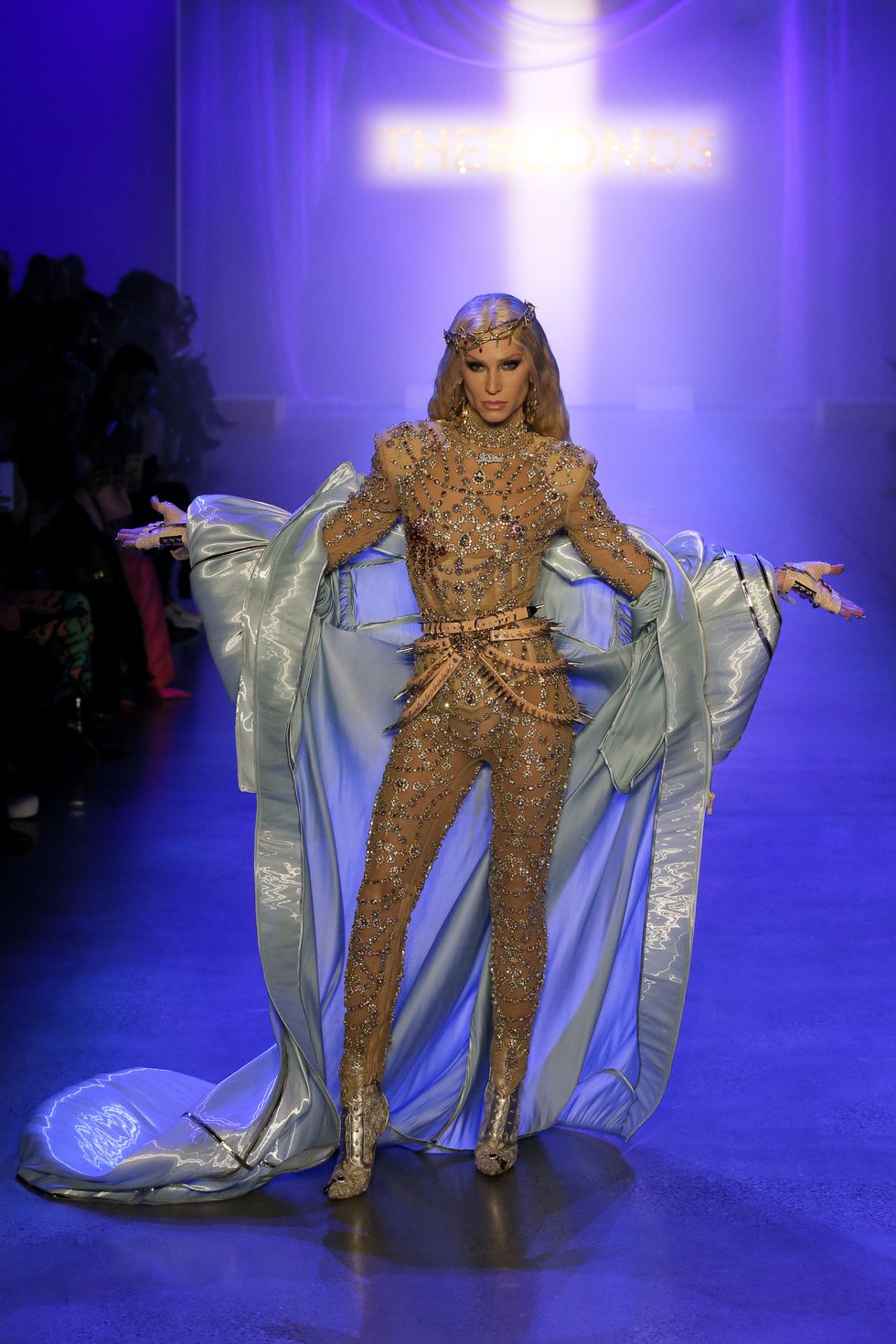 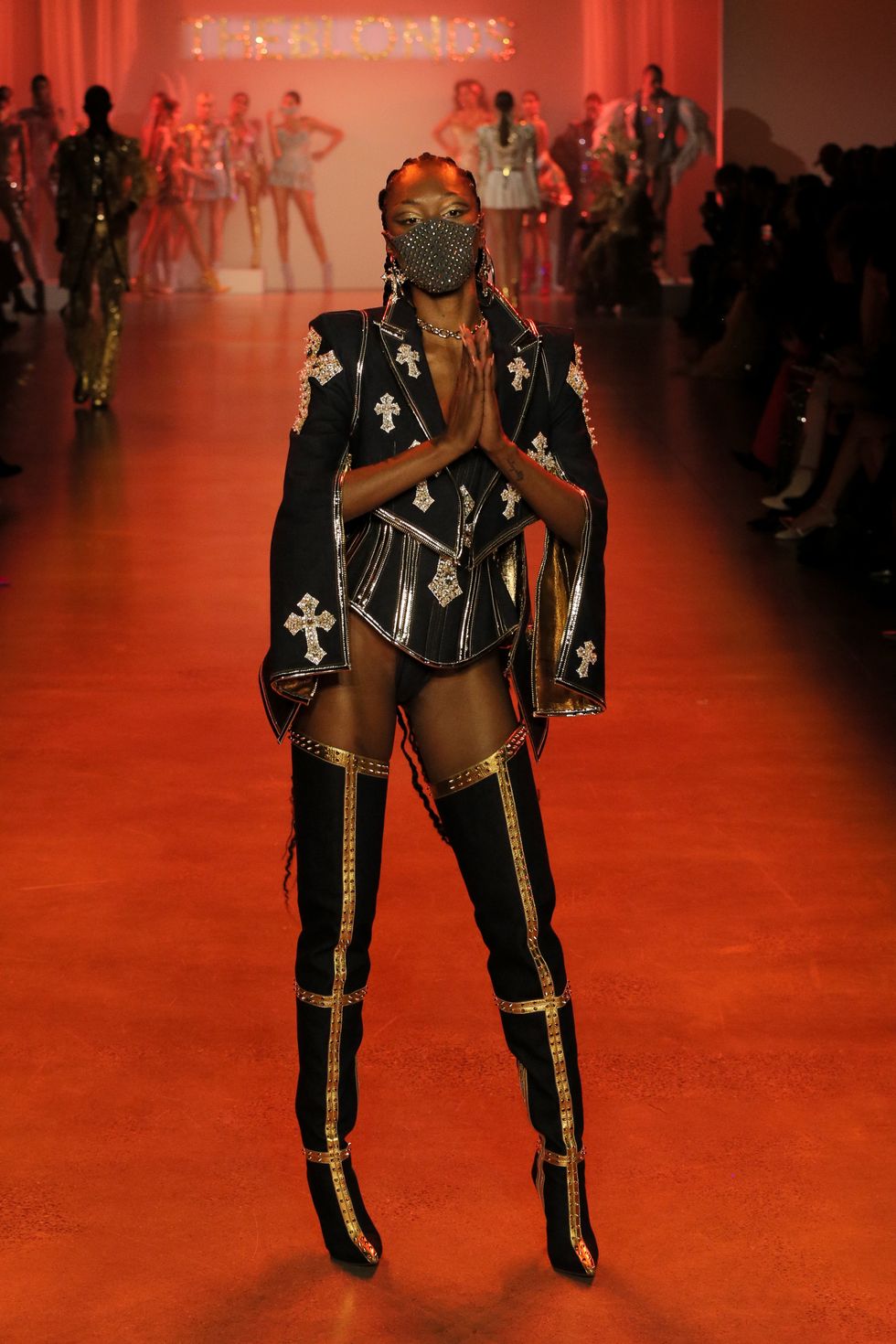 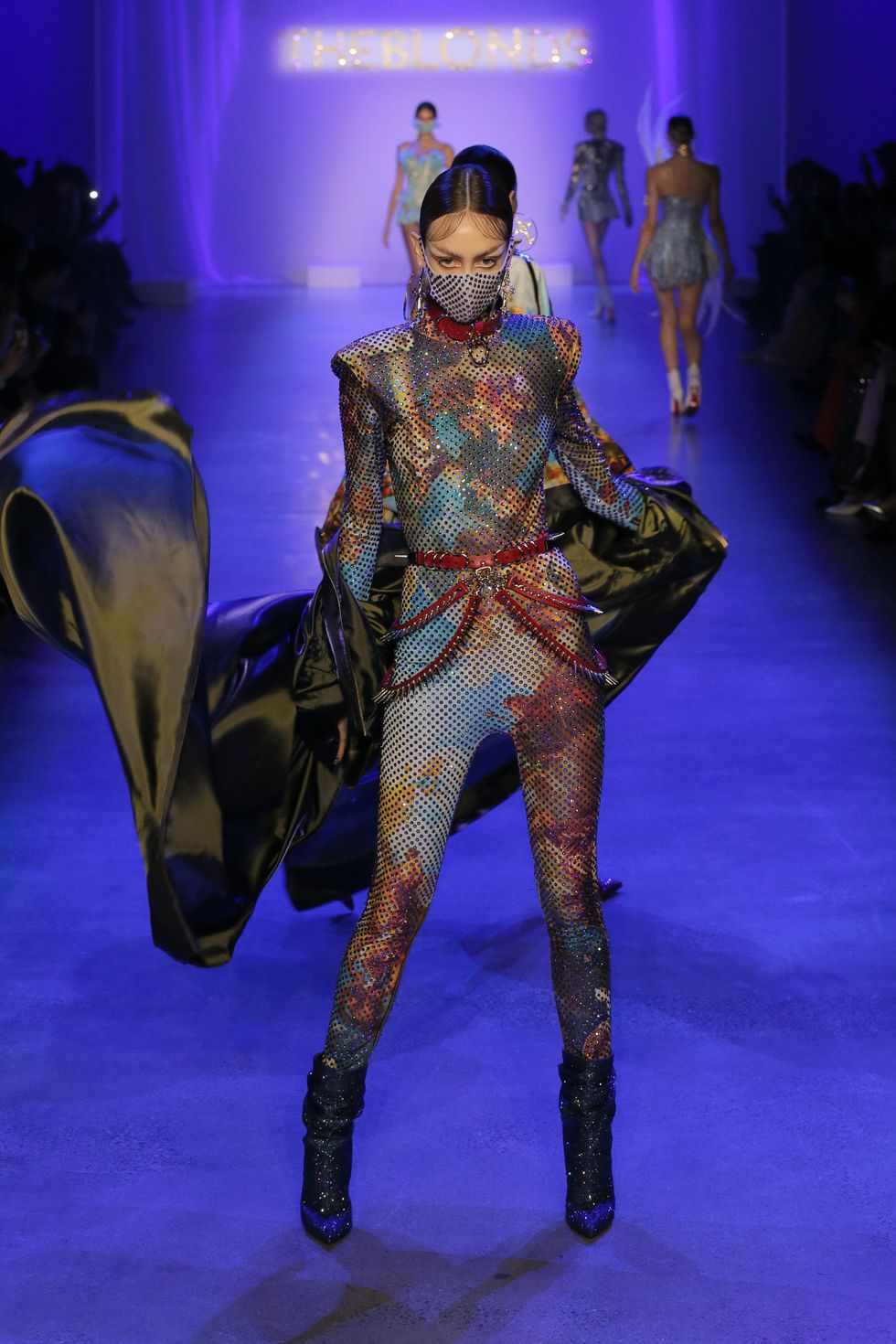 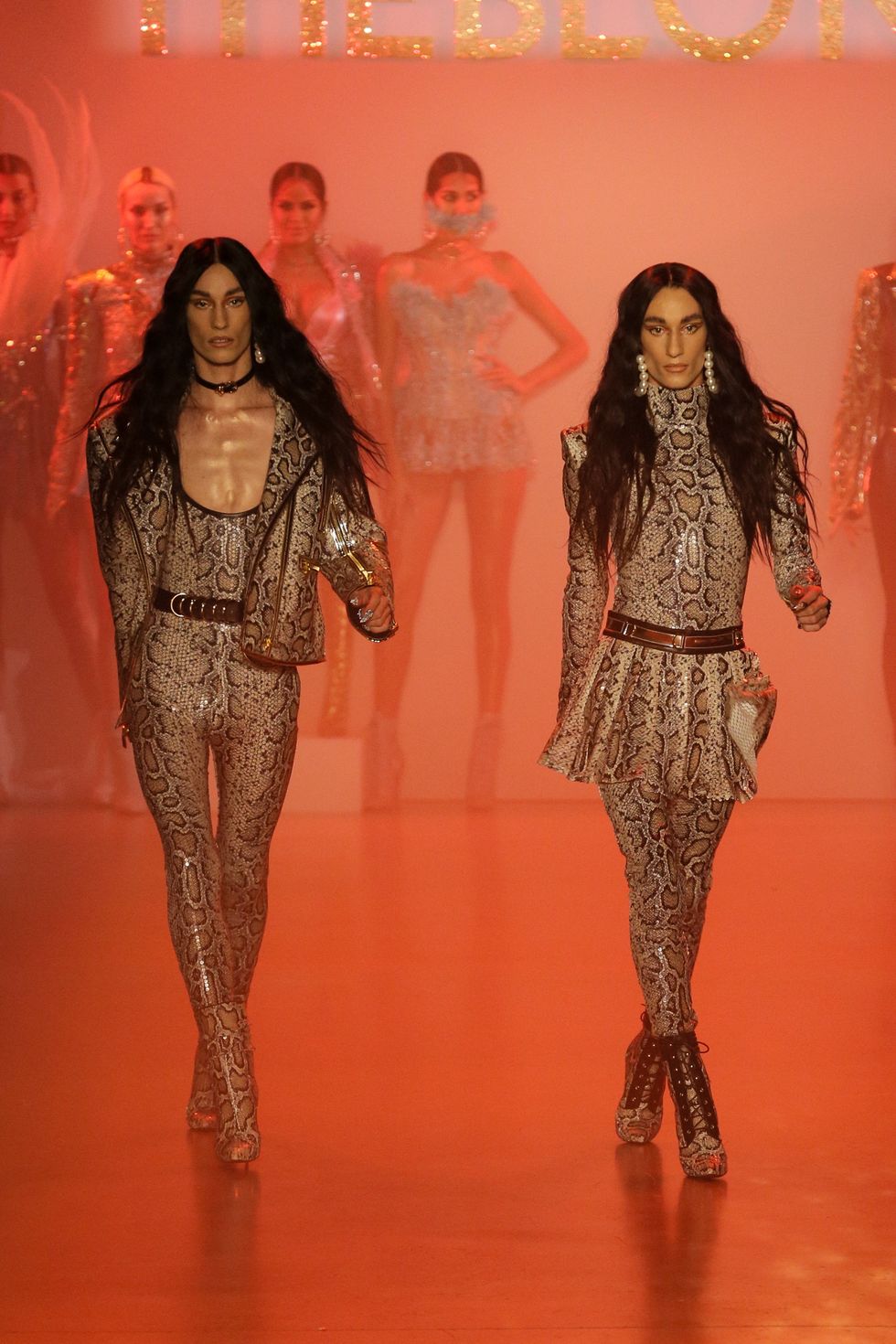 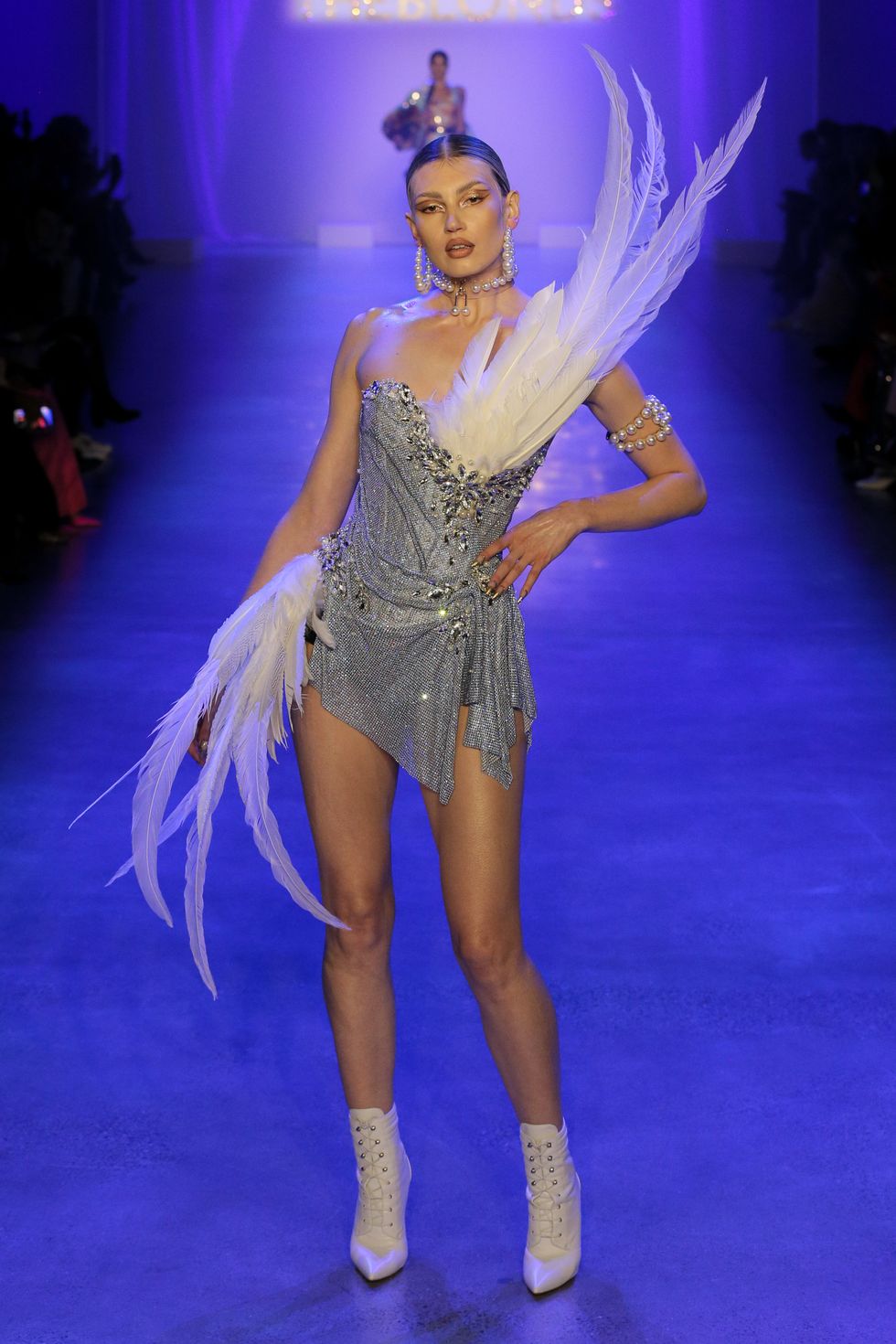 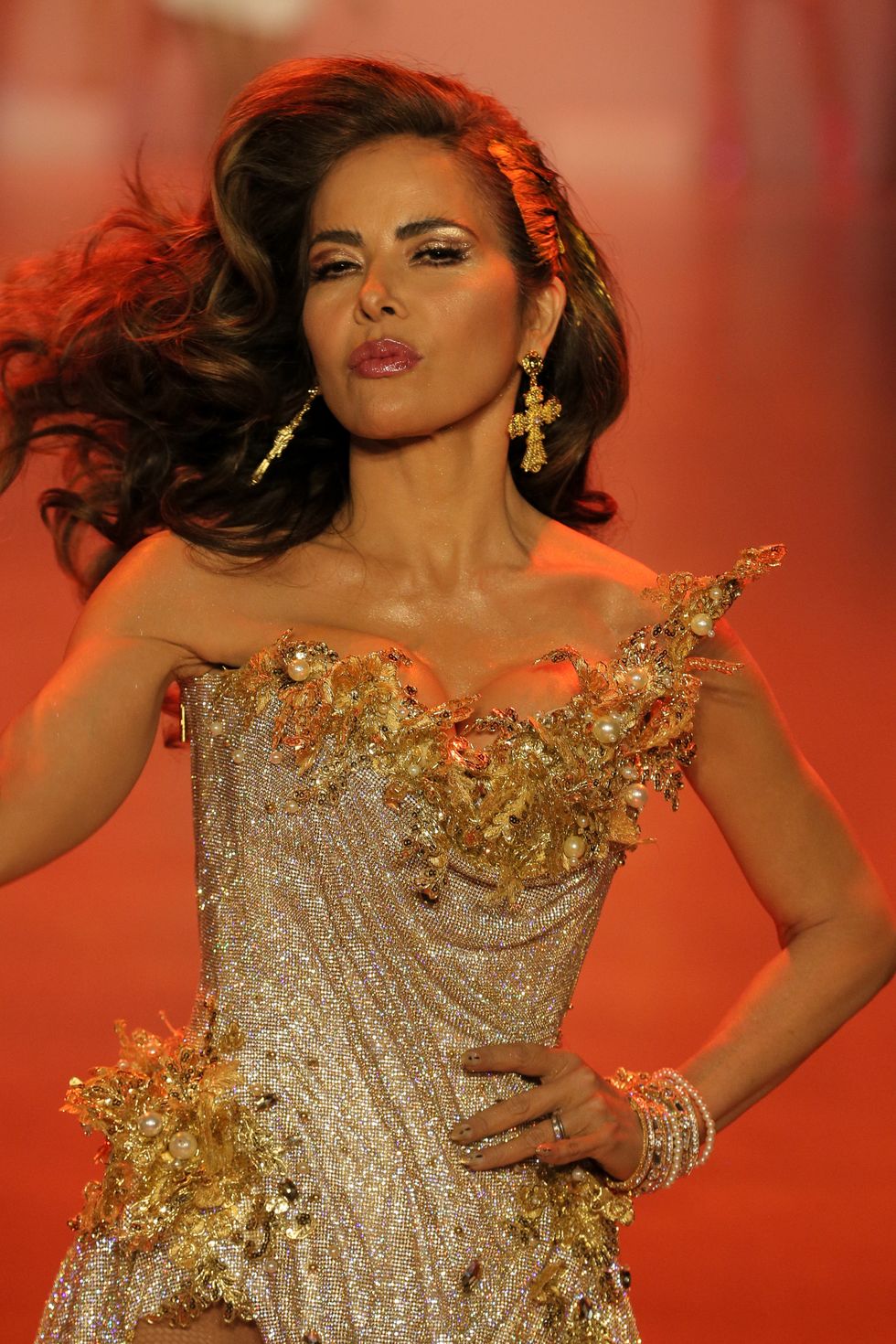 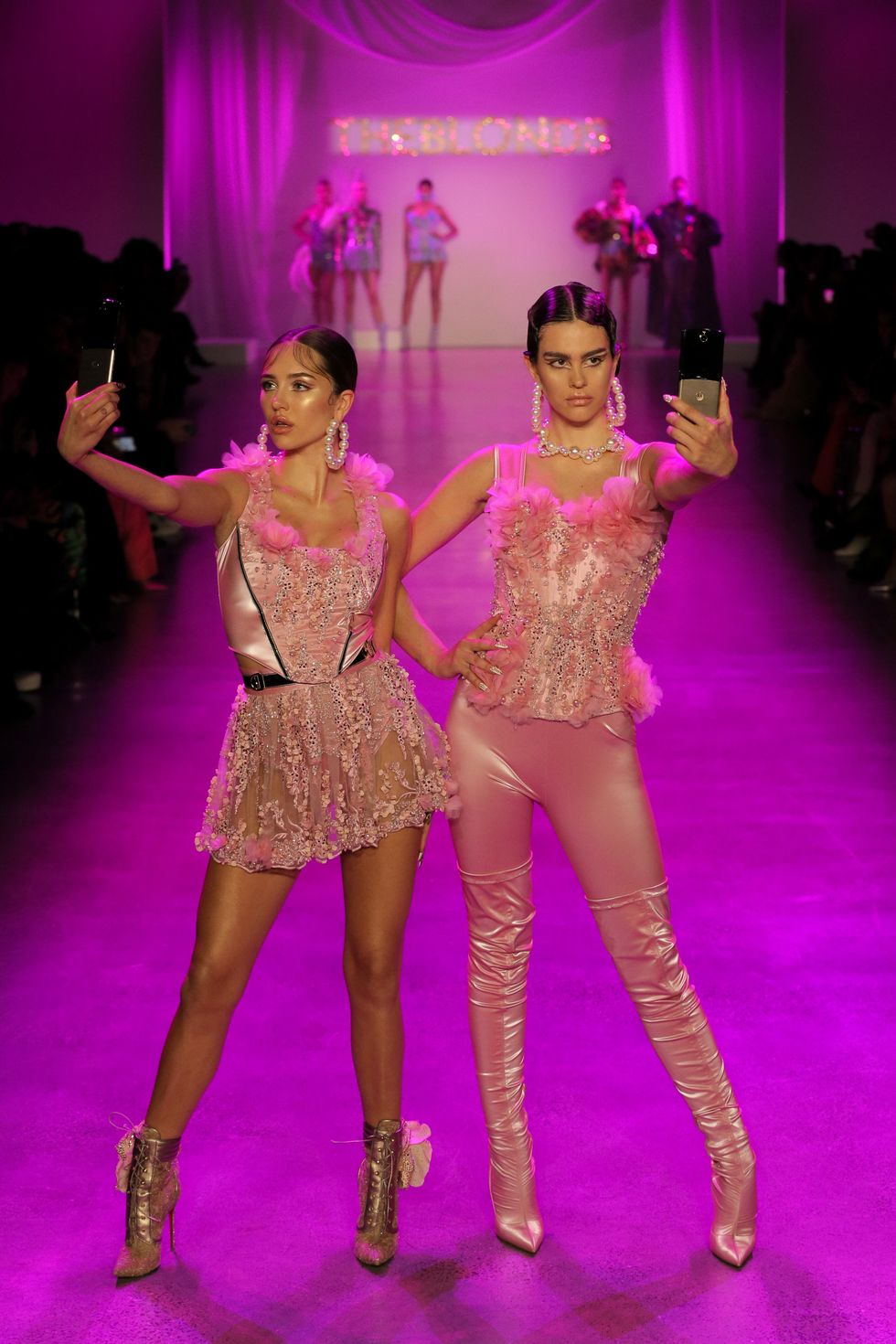 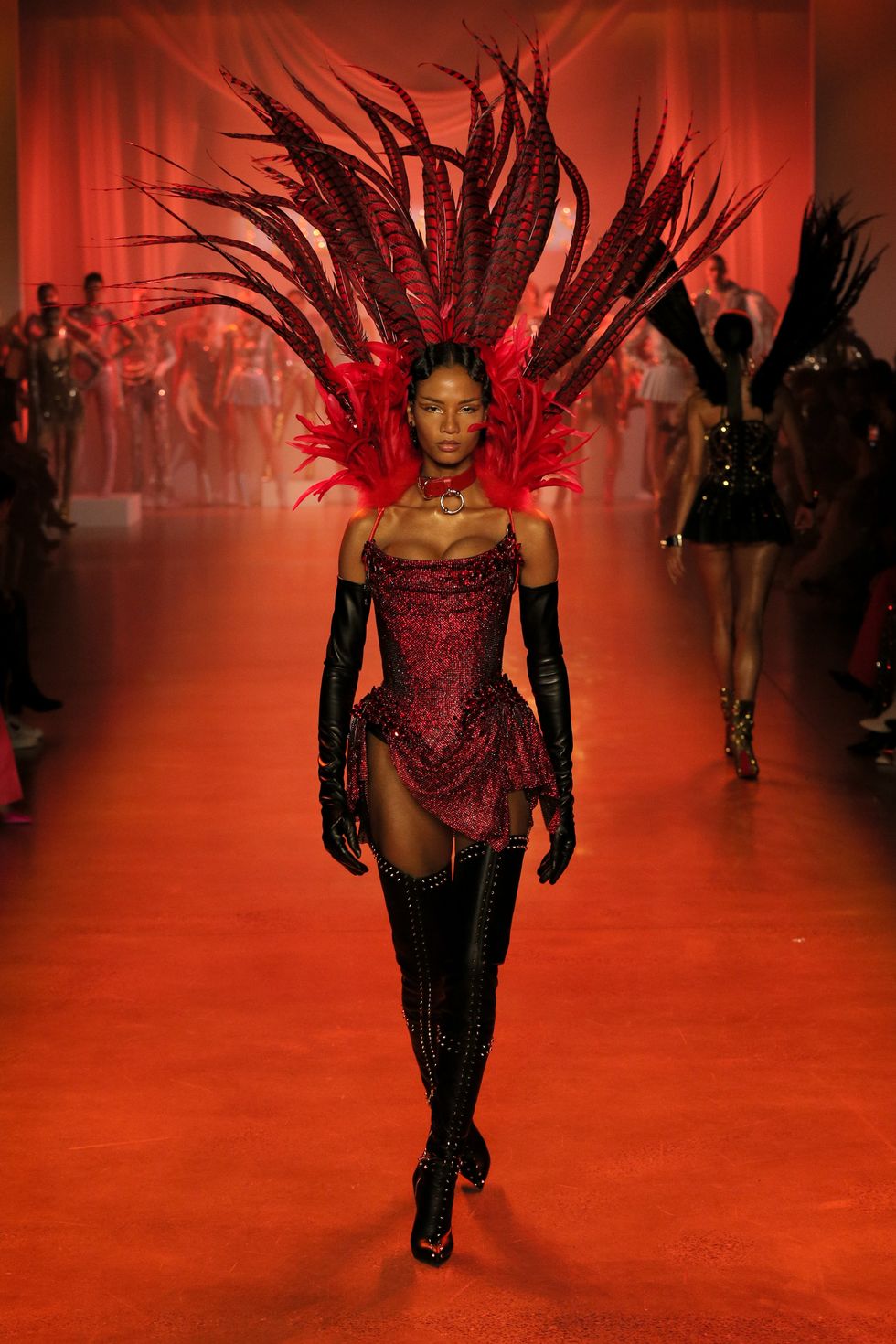