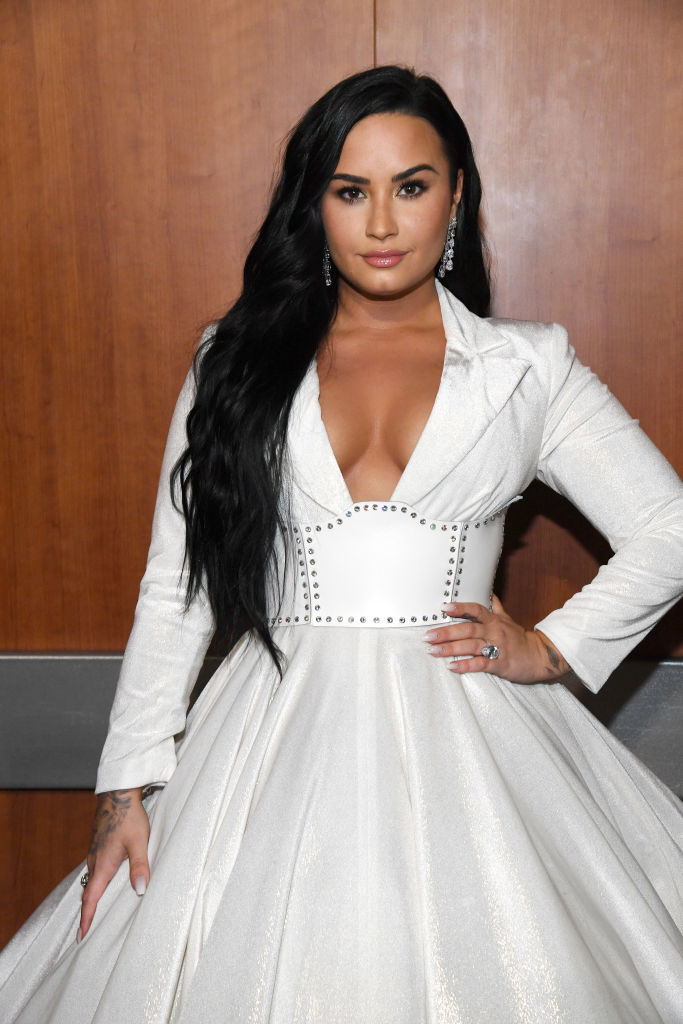 In the weeks following her poignant Grammys performance of new single, “Anyone,” Demi Lovato is continuing to open up about her struggles with body image and self-acceptance.

The singer appeared on Ashley Graham’s podcast, Pretty Big Deal, yesterday to discuss her lifelong struggles with her physical appearance in the spotlight and her history with eating disorders. She also speaks with Graham about learning to accept her body while those around her, including dietitians, pressured her to exercise more, and to always strive to maintain a specific image.

Related | Demi Lovato Gets Emotional Debuting ‘Anyone’ at the Grammys

She tells Graham, “I’m tired of running myself into the ground with workouts and extreme dieting that like, I thought the past few years was recovery from an eating disorder, when it actually was just completely falling into it.”

Lovato explains to Graham how she believed she found recovery through excessive exercise, but it actually left her feeling worse.

Demi Lovato on Instagram: “My episode of @prettybigdealpod with @ashleygraham drops today💕 I had such an amazing time filming!! Thank you Ashley for allowing me to…”

“I realized that maybe my symptoms weren’t as obvious as before, but it was definitely an eating issue,” Lovato says. “[…] I think when you have certain people around you that are telling you certain things that you should look a certain way, it makes it harder. […] It was me thinking I found recovery when I didn’t, and then living this kind of lie and trying to tell the world I was happy with myself when I really wasn’t.”

Lovato further elaborates on some of the body acceptance methods she implements, including practicing gratitude for its function as opposed to its appearance. “Now when I look in the mirror and I start to have a negative thought, I don’t stop and say, ‘No, you’re beautiful. You’re gorgeous. I love you. You’re perfect the way you are,'” she says. “Because I don’t believe that.” She doesn’t tell herself anything about her body that she doesn’t already believe.

“You’re healthy and I accept you.” Lovato continues. “So you express gratitude in the health, and then you just express reality in accepting yourself rather than trying to convince yourself of something that you don’t believe.”

Graham and Lovato also dsicuss her viral unfiltered Instagram post from September — an unedited photo of her in a bikini — and how it relates to her increasingly confessional songwriting.

Demi Lovato on Instagram: “This is my biggest fear. A photo of me in a bikini unedited. And guess what, it’s CELLULIT!!!! I’m just literally sooooo tired of being…”

“I was in the studio and I was working with one of my favorite producers. We were writing and we were making this song, it was like an anthem about body positivity,” Lovato said to Graham. “When I go into the next chapter of my career, what do I want it to be? Because I’ve always done the sexy route. I’ve never really done the whole feeling comfortable with myself.”

A S H L E Y G R A H A M on Instagram: “I am so proud to call @ddlovato a friend and I’m in awe of her strength and openness on today’s episode of @prettybigdealpod. Her faith,…”