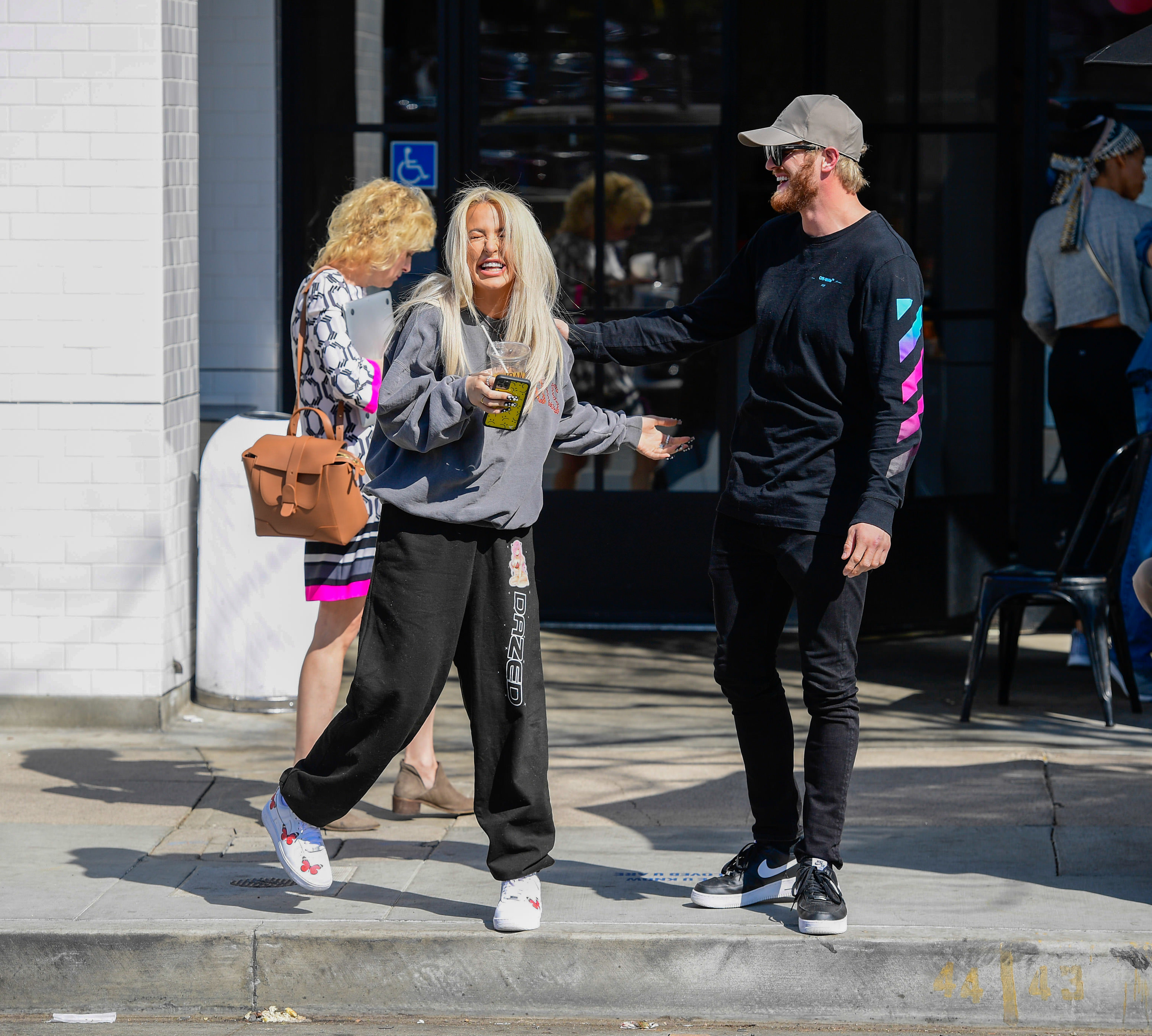 Wherever Tana Mongeau goes, messiness seems to follow and the past few months have not been especially kind to the YouTube personality’s historically fraught love life. Earlier this year Mongeau announced that she was taking a break from her “open relationship” with husband, fellow YouTuber Jake Paul, only five months after their highly publicized wedding.

Related | Jake Paul Criticized for Saying Anxiety Is ‘Created by You’

Shortly after the split, Mongeau explained to Page Six that she was going to take a break from dating as a result and spend more time focusing on herself. She didn’t specify how long she thought that might take but from the looks of it, she might already be on the rebound. Better yet — she might be keeping things in the family.

Mongeau was spotted the other day in LA on a potentially-more-than-friendly lunch date with none other than fellow YouTube star, and ex-husband’s brother, Logan Paul fueling a tidal wave of speculation. The pair was careful to avoid being photographed doing anything incriminating like holding hands or making out, but the hug they shared and the affectionate kiss Paul placed on Mongeau’s head are apparently more than enough to convince people that the two are more than just friends.

The concept of Mongeau swapping out one brother for another might be possibly more upsetting if there wasn’t already precedent when it came to the Pauls. Many were quick to point out that in 2017, Jake revealed that his ex-girlfriend at the time, Alissa Violet, had hooked up with Logan during a contentious time in their relationship. The whole incident was reported to have resulted a prolonged period of tension between the two siblings. Couple that with the fact that Logan has previously gone on record to question the sincerity behind Tana and Jake’s wedding and the whole thing starts to feel like another storm is brewing.

Though Tana nor either Paul brother have confirmed, it also wouldn’t be surprising if it did turn out to be true. On the contrary, it would be incredibly on brand.