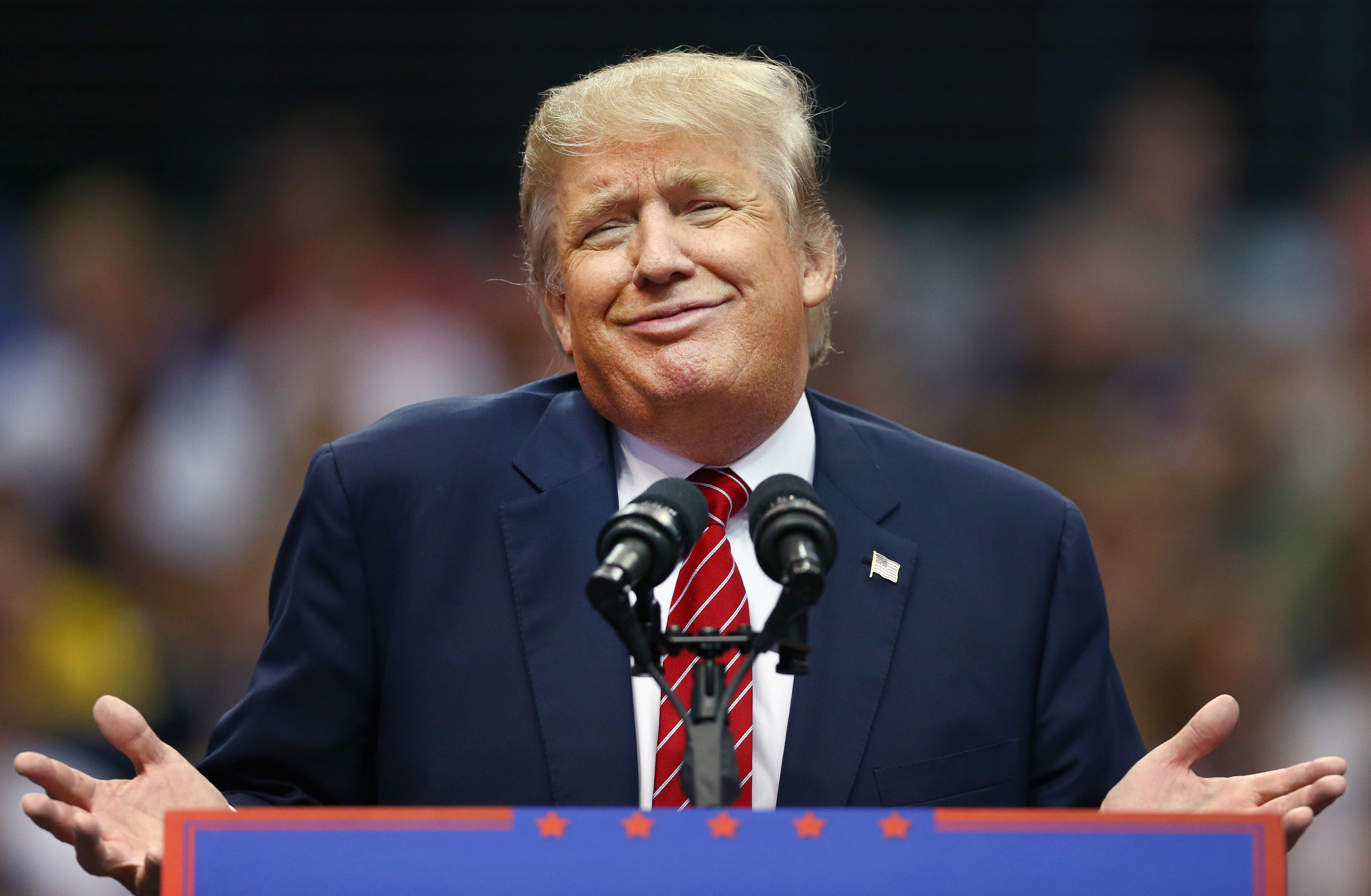 Bong Joon-ho’s magnificent anti-capitalist dark comedy Parasite won Best Picture this year at the Oscars. It made history, as the first non-English language film to receive the honor.

Shockingly, Donald Trump wasn’t a fan. Not that he saw it. (Most likely he couldn’t bear to watch a movie with subtitles). In keeping with his xenophobic rhetoric and policies, the president’s biggest beef with Parasite is that America’s top movie award went to a film from another country.

“And the winner is?” he said at a Colorado campaign rally on Thursday. “A movie from South Korea. What the hell was that all about? We got enough problems with South Korea with trade. On top of it they give them the best movie of the year. Was it good? I don’t know.”

As well as a white supremacist and capitalist oligarch, Trump is more of a classic film guy. “You know I’m looking for like… Can we get like Gone With The Wind Back? Sunset Boulevard? So many great movies.”

He continued: “… I thought it was foreign film, right? Best foreign movie? No!”

This year the Academy Awards, in a concerted effort to be less xenophobic, renamed the “Best Foreign Language Feature Film” category to “Best International Feature Film.” Joon-ho brought up the inclusivity effort while accepting the award (which he won in addition to Best Picture) for Parasite: “I’m so happy to be its first recipient under the new name… I applaud and support the new direction that this change symbolizes.”

NEON, the studio behind Parasite, had a theory about why Trump avoided seeing the movie:

Remarkably, NEON co-founder Tom Quinn had recently been asked about the argument that Parasite didn’t deserve to win best picture as an international film. “I don’t know,” he told Hollywood Reporter. “That sounds a lot like a Trump tweet. So it doesn’t make any sense.”

During the rally Trump also took shots at Brad Pitt, who quipped about the president’s attempts obstruct the impeachment hearings while accepting Best Supporting Actor for Once Upon a Time… In Hollywood. (“They told me I only have 45 seconds up here, which is 45 seconds more than the Senate gave John Bolton this week.”)

Perhaps Trump will take some of the ample TV time allotted in his presidential schedule, to watch the English language TV adaptation of Parasite that’s coming to screens soon. Maybe he’ll learn something.