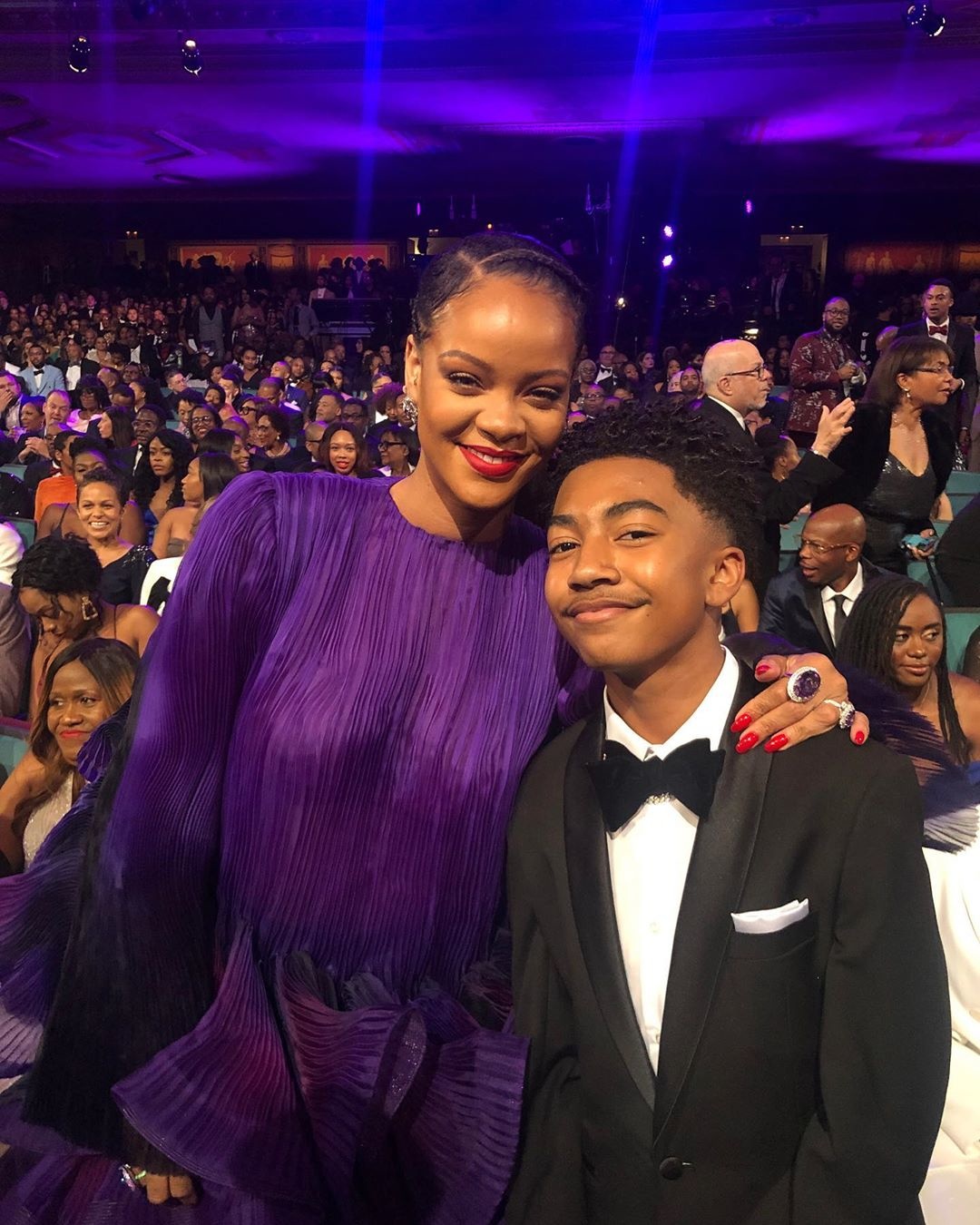 We might still not have the album, but at least now, thanks to Black-ish star Miles Brown there’s one small victory for the Navy: We finally know exactly what Rihanna smells like.

The young actor recently posted a picture with the Rih on Instagram, captioning it: “Imma just leave this right here.” Moments after, a curious fan followed up with what we’ve all been wondering: “what she smell like? i wanna know if the rumors are true.”

Over the years, those who have come in contact with the superstar have had their own descriptors of her scent, but none have been able to articulate tangibly. Lil Nas X, for instance, said the singer smelled “like heaven.” Big Bang Theory star Jim Parsons agrees, and during an appearance on The Ellen Show also said she smells like heaven. “I’ve been doing press for like the past four days with Rihanna and Steve [Martin], but Rihanna smells so good. I am not kidding. She has a scent,” he explained.

There’s also Cardi B who declared at the BET Awards 2019: “She smell good!” Even Ryan Seacrest tweeted about how Rihanna was the best smelling one at the Grammys.

Although the singer has yet to reveal her perfume of choice, in 2016, a friend on Instagram speculated that she routinely wears Love By Killian — a floral fragrance with notes of neroli, orange blossom and marshmallow that retails for $870 per 8.5 ounce bottle. With that price-tag, it’s no wonder she smells like success.

Check out Internetty’s latest episode for more of your fav celeb’s smells, below: