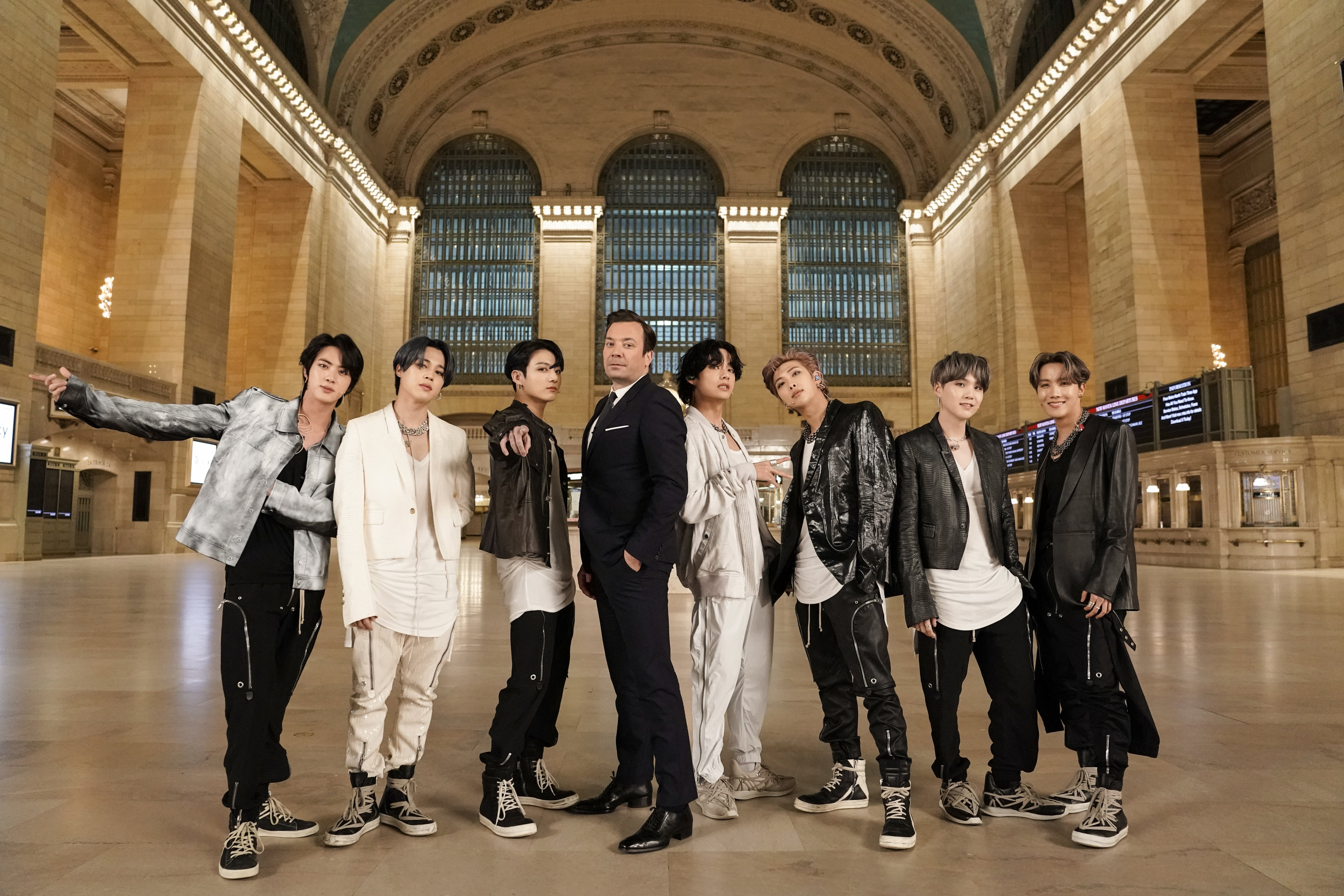 BTS are currently doing the rounds in support of their brand new album MAP OF THE SOUL: 7, which dropped last Friday. They stopped by the TODAY Show on release day, then joined Jimmy Fallon for a special one-hour episode of The Tonight Show. Instead of the typical interview and performance combo shot at 30 Rock, BTS ran all around New York City with Fallon.

Interviewed during a long subway ride, BTS shared their thoughts on New York City — I particularly enjoyed RM’s impression of a New Yorker: “Hot dog. Coffee. New Yorkers like scarf and [are] like “IM SO BUSY FOR THE BUSINESS” — and what they’d do if they weren’t in a band. The verdict: RM, businessman, V, saxophonist, J-Hope, tennis player, Jin, actor, Jungkook, pro gamer, Jimin, the next Jimmy Fallon, Suga, producer. J-Hope couldn’t seem to resist dancing on the poles for much of the interview. The boys also answered a set of fan-sourced questions, and politely indulged Fallon in “Subway Olympics” games like rubber duck jousting. Kind souls.

Fallon took the band to NYC landmark Katz’s Deli, famous for very expensive, large sandwiches, and the When Harry Met Sally orgasm. BTS seemed respectably confused at the massive size of the portions, the lack of vegetables in the meal, and the massive logs of sausage brought to the table. After the boys were invited behind the counter, Fallon served BTS-made sandwiches to delighted customers.

When BTS comes to New York, they shut things down. This time, they quite literally closed down Grand Central Station, turning into a stage for first-ever performances of their new smash “On.” The show was full-throttle, complete with a drum line, an army of backup dancers, and choreo that filled the massive space.

Watch it all below.