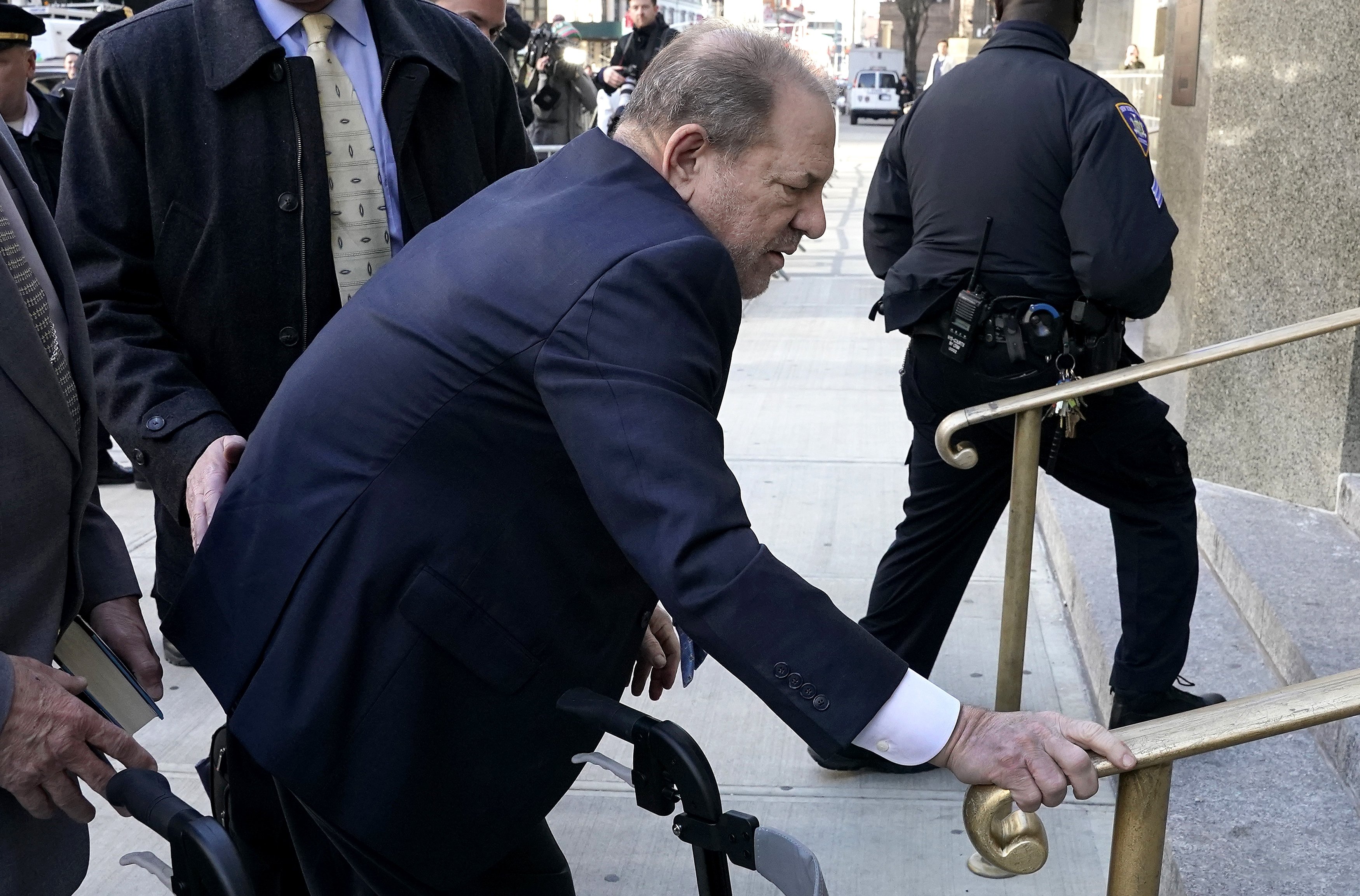 Harvey Weinstein is going to jail. A New York City jury convicted the predatory producer yesterday of third degree rape and a first degree criminal sex act. He got off on the most severe charges against him, but nonetheless we can finally drop the “alleged” before his name.

How long Weinstein will be locked up is yet to be determined, but after the verdict was delivered, he was ordered, handcuffed and stunned, to prison to await his sentencing hearing on March 11.

That slippery piece of shit, however, bought himself a few more hours as a free man by having what sounds very much like a panic attack on his way to Rikers Island. He was rerouted to Bellevue Hospital, after complaining of “heart palpitations,” NBC reports. It’s unclear if he’ll stay overnight, or be transferred to the Rikers hospital, like your average felon would be.

Weinstein was acquitted of first degree rape and predatory sexual assault, so sadly, life in prison isn’t on the table. However, a criminal sexual act conviction carries a cute sentence of five to 25 years, while third-degree rape carries a potential sentence of probation to four years in prison, so it’s only a matter of time till he’s behind bars.

He’s still facing sex crimes charges Los Angeles, where he is charged with raping one woman and sexually assaulting another in 2013. So there’s hope yet.