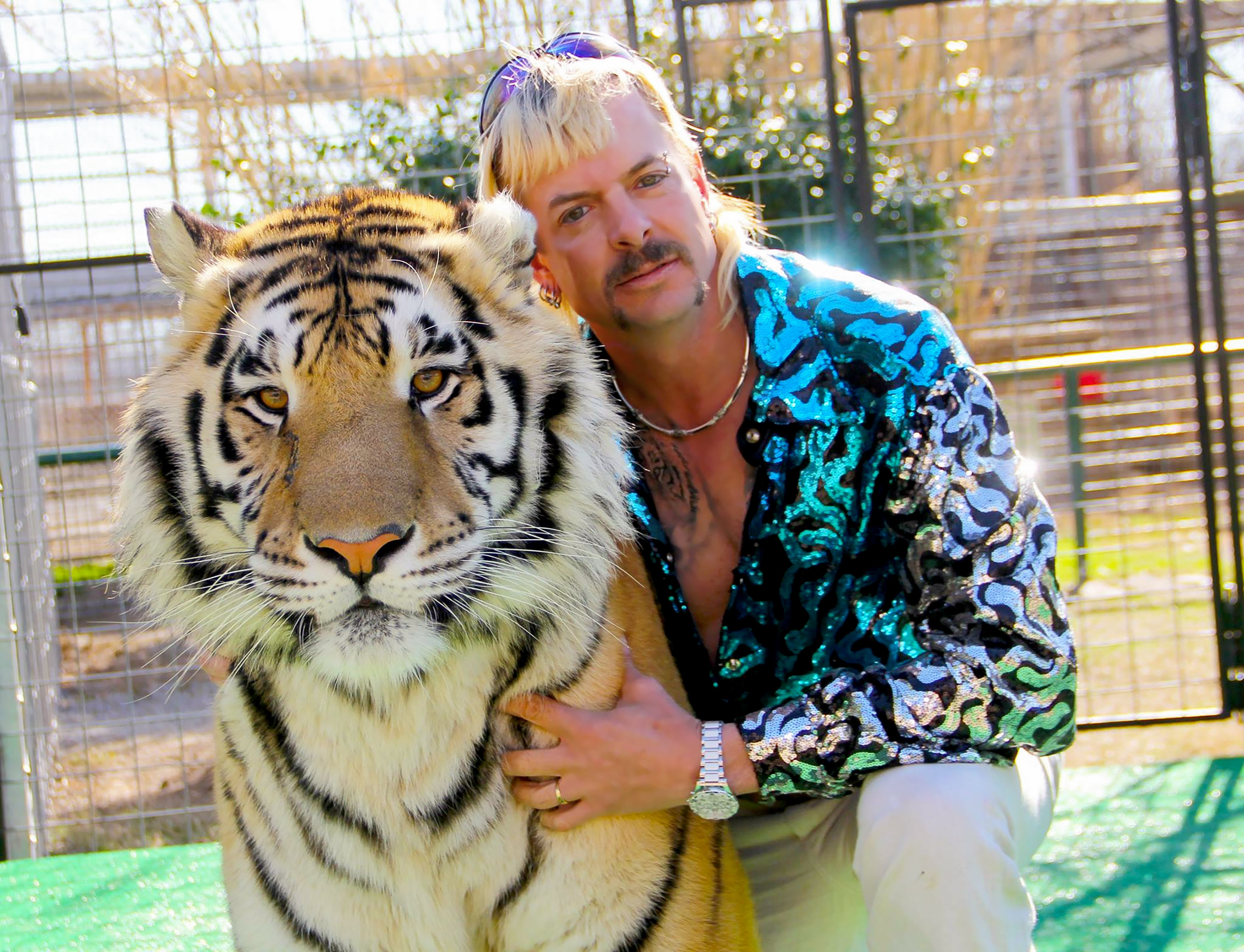 Even if you’ve managed to somehow avoid most of the chatter about Netflix’s Tiger King, you’re probably still familiar with a number of colorful stories surrounding its controversial star, Joe Exotic. After all, in between his exotic animal zoo, budding country music career, and debates over that murder-for-hire conviction, it’s safe to say the internet has an intense fascination with anything and everything pertaining to the gay, polygamist big cat lover — and that apparently includes his sex life.

Which brings us to the current discussion around Exotic’s preferred bedroom proclivities, which all started after Dillon Passage — Exotic’s third and current husband — appeared on Andy Cohen’s Sirius XM radio show for a little TMI talk about their relationship.

To his credit though, Passage attempted to keep things PG. And while there was some talk about how Exotic’s current stay in COVID-19 isolation has affected their daily phone conversations, Cohen decided to breeze past these details in favor of topics such as his husband’s Prince Albert piercing, whether they have had sex with tigers in the room, and their favorite positions.

And though the tiger question elicited a “really, Andy?” from Passage, it turns out that he was open to chatting about their sex life — even going so far as to reveal that Exotic is a power vers and that his notorious piercing is actually a small padlock, which he takes off before sex.

Elsewhere in the interview though, Passage was also able to touch on his distaste for Jeff Lowe, share details of the their whirlwind romance, and also defend himself against critics of his relationship with Exotic by saying, “I don’t feel like I need to explain myself to the world.”

“My life wasn’t supposed to be put on blast… I wasn’t prepared for that,” Passage said, “But Joe is a really good guy. He may have made some sketchy decisions, and I know he regrets them, but his intentions are really good at heart. And he would do anything to help anybody in need.”

Listen to Passage’s interview in full, below.