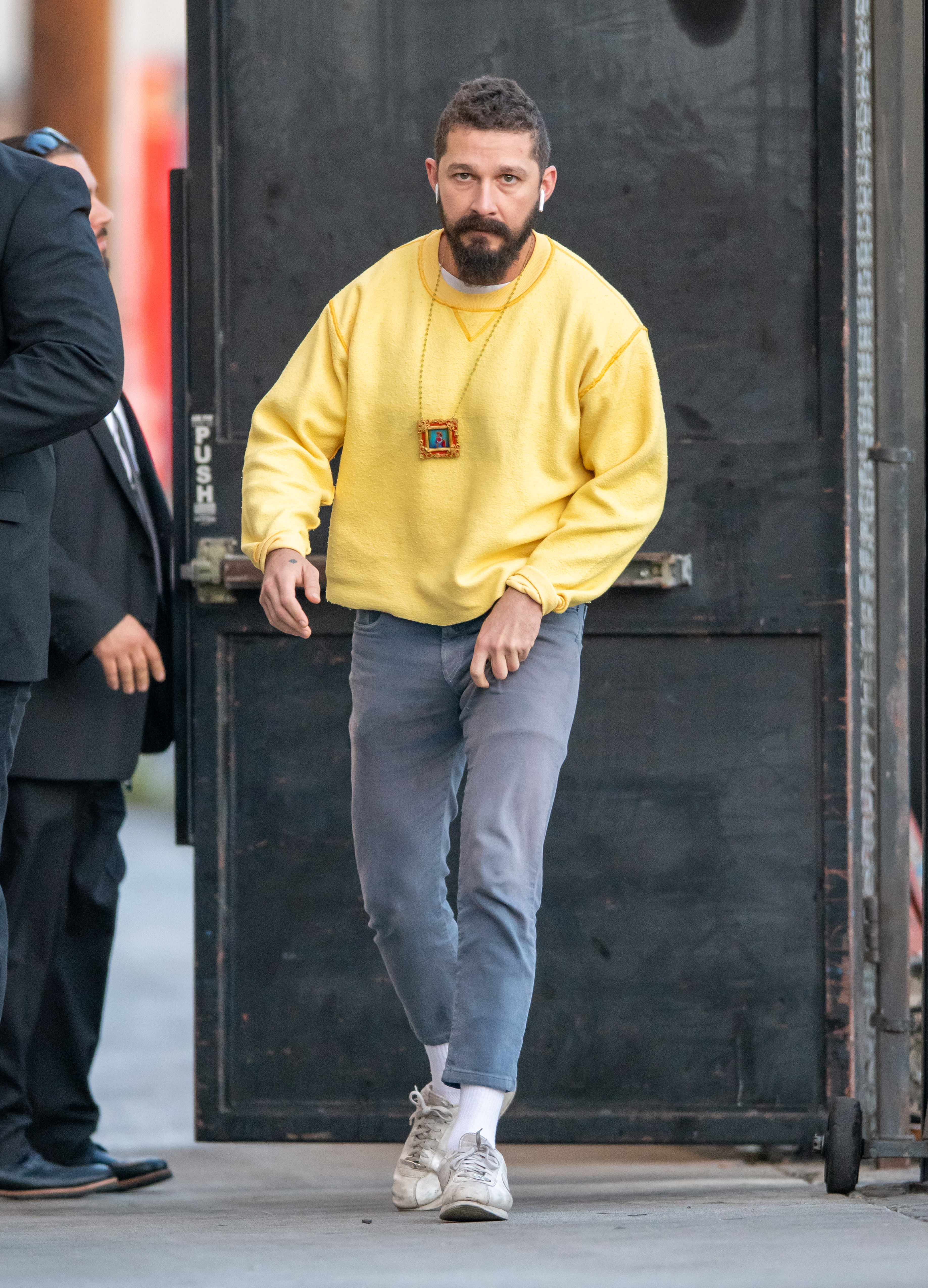 These days, very few stars manage to avoid the siren’s call of social media. Even hold-outs like Nicole Kidman and Natalie Portman had both joined Instagram by January 2018. “Hello☀️” Julia Roberts told the world with her debut Instagram post in June, 2018. That December, Jake Gyllenhaal finally gave the people what they want by starting an account before his entry was eclipsed, just a week shy of Christmas, by none other than Glenn Close, who couldn’t resist getting in on the chaos. On October, 2019 Jennifer Anniston wrote “HI INSTAGRAM 👋🏻,” in her first post. Weeks later, Matthew McConaughey became @officiallymcconaughey with his. By February 7th, 2020 Matthew Perry (the lone Friends star not on the platform) finally jumped on the bandwagon writing “So, here we go…”

Among the biggest hold-outs is Shia LaBeouf who, despite commanding headlines for merely picking up coffee while chatting on the phone, remains a bit of an enigma. He’s avoided social media altogether with the exception of an inactive Twitter account (“I need to work on being a less controversial tweeter,” he tweeted as his 2014 New Year’s resolution.)

This absence is made all the more stressful by the fact that LaBeouf, when spotted, gives consistently good lewk. HighSnobiety called the star a “normcore fashion God.” ManRepeller described his style as “a nuanced coalescence of scum-bro, anarchist, and art boi.” And then there’s the most accurate of the Shia observations via GQ’s Rachel Tashjian: “As everybody knows, if you cut open the brain of any man between the ages of 23 and 40, you will find tens of thousands of paparazzi photos of Shia LaBeouf.”

Thankfully, there exists an account for not just the brains of men between the ages of 23-40, but all of us: @shiasoutfits. With nearly 150K followers, the account (which turns three years old this week) is a hub for all things Shia LaBeouf, unfancily chronicling his looks, from his coffee run/phone chat multitasking outings to his red carpet appearances.

The account is operated by Bobby Whigham, a 35-year-old Pittsburgh native and current Brand Director for Polo. “I sort of think of it as a destination,” he explains. “In my mind, and this might sound crazy, but I think of it sort of like the Hard Rock Cafe, a novel/iconic place you can go to or talk about with other people are like ‘Oh I’ve been there’ or ‘Oh, I’ve heard about that place,'” he says, likening it — correctly — to a conversation starter.

Whigham first’s consciousness of LaBeouf came via his bit part in the 2003 film Charlie’s Angels: Full Throttle, though he recognized him from his time at Disney, where he played Louis on Even Stevens from 2000-2003. (“I was more of a That’s So Raven guy,” he admits.) He started the account as a joke. “In a group chat a few friends were criticizing my style, wearing crocs and workwear and comparing it to LaBeouf. I started digging into and researching more fits, and saw similar attributes. I thought there has to be an instagram account for this… and there wasn’t! I started with the images from the group chat and a few google images posted it in my story and within a weekend it went from 13 followers to 3000 in three days.”

So what is it about LaBeouf’s style? It’s that balance of thoughtful and effortless, the repetition of wears — like his signature cropped, slate grey jeans and his love of sports apparel from teams like the Chicago Bulls and the Green Bay Packers. There’s an everyman quality about LaBeouf’s aesthetic which is flavored with his status as a Hollywood star but also peppered with his lack of desire to engage with that world which results in a perfect bake. Even his more recent red carpet moments, suiting from Gucci, Givenchy, Prada, Balenciaga and Louis Vuitton, pale in comparison to Shia in a cropped yellow sweatshirt. Whigham cites the repetition of his Bud Light T-shirt as a personal favorite.

Shia’s Outfits is unlike other celeb fashion focused accounts (think: Olsens Anonymous, Haus Of Rihanna, KimKLookBook, La Maison Gaga, and Style Beyoncè) in that it doesn’t aim to ID what he’s wearing or keep track of his every move. Such an account wouldn’t work for LaBeouf anyway, as he seldom wears designer wares, let alone decipherable brands, and is photographed considerably less than stars like Rihanna and Gaga. The account is more mood board for the LaBeouf obsessed than a resource; a reprieve from the photograph-seeking celeb that celebrates a famous person more akin to Paul Newman.

Shia’s Outfits on Instagram: “Monday – 👍🏼.. we got this! #shialabeouf #shiasoutfits”

As you might expect, the account is often mistaken for LaBeouf himself. “I get some pretty wild fanmail,” Whigham says. “I get everything from a surprising amount of guys asking for advice to ‘How can I get into acting” to ‘Can I send you nudes?’ to hate about people he’s dating or his style choices.”

So what’s next for Whigham — besides continuing to follow LaBeouf’s next move? “I’m working on a children’s book, I’m really excited about it and have flirted with the idea of starting Juergen Teller outfits… but I probably won’t… but his looks are my favorite.” I absolutely co-sign this endeavor.

Until then, viva LaBeouf.

Welcome to Wear Me Out, a column by pop culture fiend Evan Ross Katz that takes a look at the week in celebrity dressing. From award shows and movie premieres to grocery store runs, he’ll keep you up to date on what your favorite celebs have recently worn to the biggest and most inconsequential events.