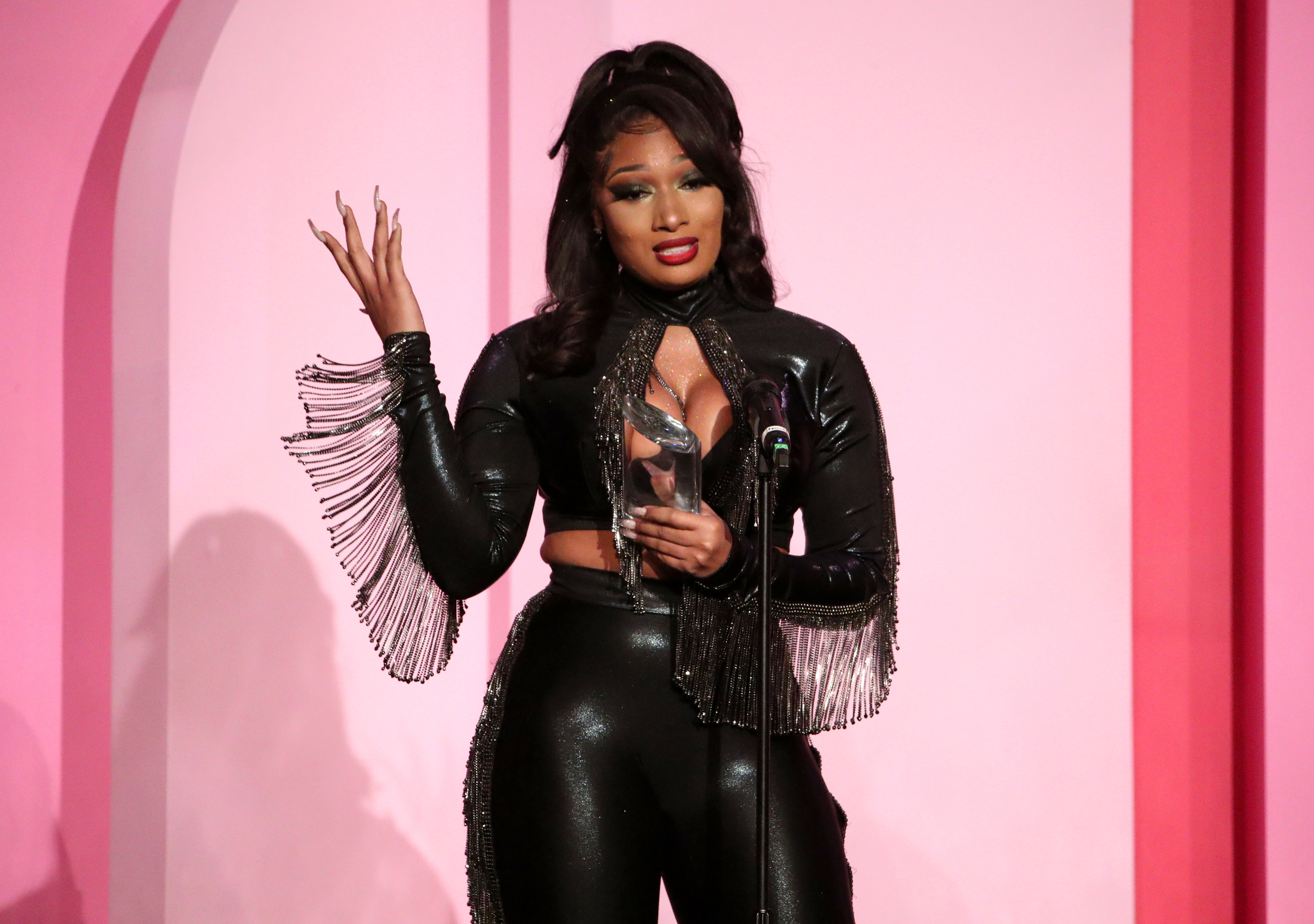 Megan Thee Stallion is shutting down her pearl-clutching critics once again.

Similar to the critiques surrounding her love of twerking, the rapper has also had to deal with a lot of dismissive naysay surrounding her sexually liberated lyrics — and now, she’s taking the haters to task.

While speaking to Marie Claire, Megan recently hit back at the double standards she faces as a confident woman who’s unafraid of expressing her sexuality through her music, explaining that, “a man can be as mediocre as he wants to be but still be praised.”

“A man can talk about how he’s about to do all of these drugs and then come and shoot your house up. But as soon as I say something about my vagina, it’s the end of the world?” she said, before asking, “What are you really mad about?”

And while she acknowledged that some men “can’t handle it” and “get a little scared,” she definitely isn’t letting it get to her. After all, as she said herself, “I’m not going nowhere, so get used to it.”

Unfortunately, this isn’t the first time Megan’s had to address this sort of double standard-laden criticism. Last year, she spoke out on the issue, explaining that she faces much more scrutiny and is evaluated on a different level than her male counterparts.

“Being a girl too—they criticize you harder than they criticize men,” she told The Fader at the time. “If I was out there making little noises like Uzi and Carti be making, they would not rock with that. And not saying that they don’t be going hard, because we definitely finna turn up to both of them, but if it was a chick, like—no.”