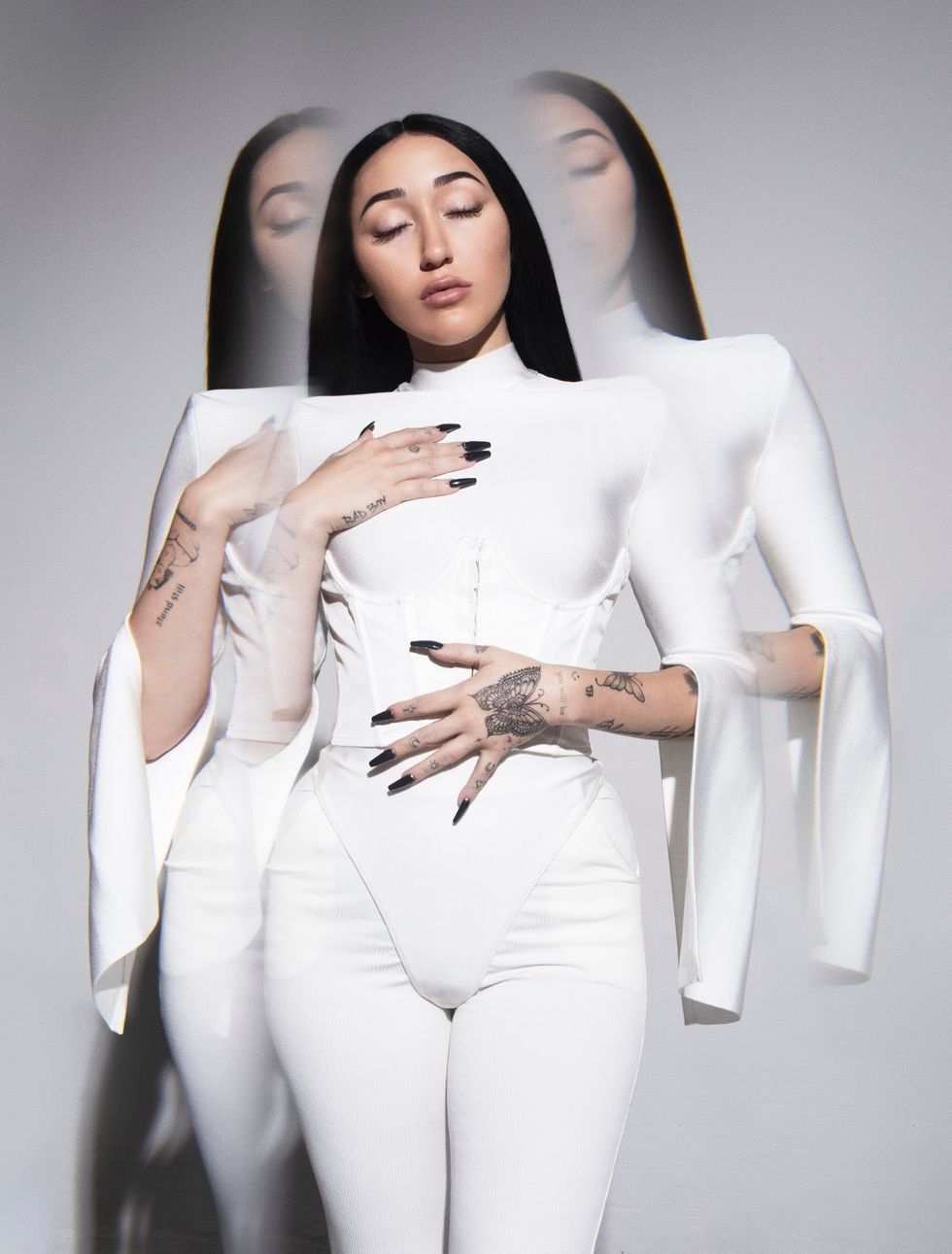 Noah Cyrus opened up to her fans about growing up in Miley Cyrus’ shadow during an exclusive Zoom listening party for her new EP, The End of Everything — and she didn’t hold back. “I always felt like I was that person that no one gave a shit about due to what people said to me online,” she told her fans Thursday evening.

The impressive new lineup of songs on Cyrus’ EP tackles a wide variety of topics that hit close to home for the singer, but none quite as emotional as the topic of growing up alongside her superstar sister, Miley. Whether it was during Miley’s years as a Disney Channel darling or her more public-facing Bangerz era, Noah shared with her fans that the years of the spotlight had left her in a state of emotional turmoil, describing the experience as “unbearable.”

While Noah now has a fanbase and following of her own to share in the trials and tribulations of fame with, it’s clear that in the years when that wasn’t the case, she was suffering to feel enough for the public. She broke down crying introducing the aptly-titled track “Young & Sad” to a select group of fans over the Zoom call on Thursday, making sure to add that this sort of pressure from the world was something she had faced daily growing up.

“My sister’s like sunshine/ Always bringing good light wherever she will go/ And I was born to rain clouds/ When they blew the flame out/ Blessed in her shadow,” are the lyrics Noah points to as particularly meaningful to her message and pain over the years. “I just wanted to open up about that once and for all,” she tells viewers before adding that it would probably be the last time she addressed the matter.

When news broke today about the semi-private confession Noah made to her fans during the conference call last week, a swell of support for her appeared on social media from both Miley fans and the general public. “Follow ur path and let no one take it away from U,” one fan tweeted in response to the circulation of the video.

Stream Noah Cyrus’ EP The End of Everything, below.