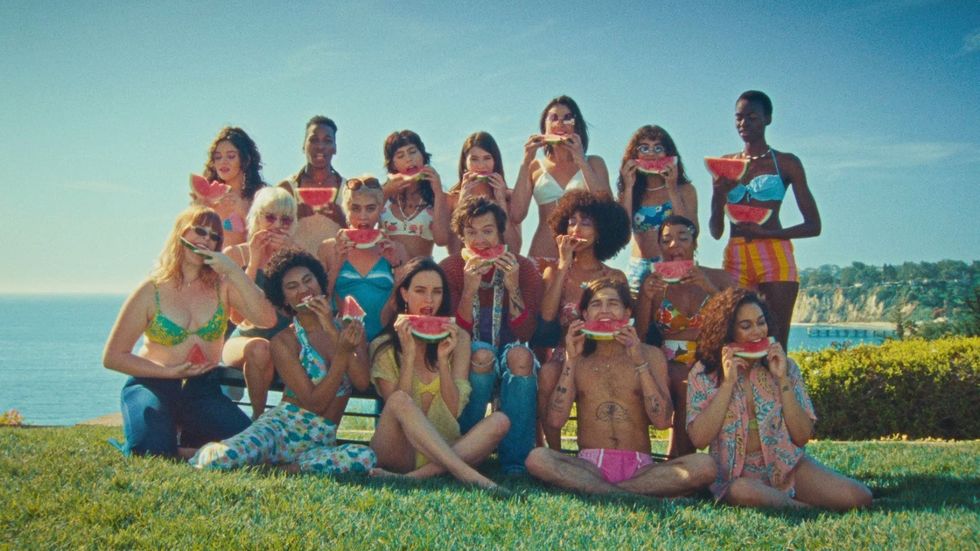 Harry Styles is still on his free love hippie shit: the new music video for “Watermelon Sugar” is dedicated to “touching.” Befitting a sexy song about doing sexy things during the summer, there is indeed a lot of touching in the new Fine Line visual. Harry lounges on a beach in front of a buffet of fruit and women.

Related | Meet the Harry Stans Who Camped Out For ‘SNL’ 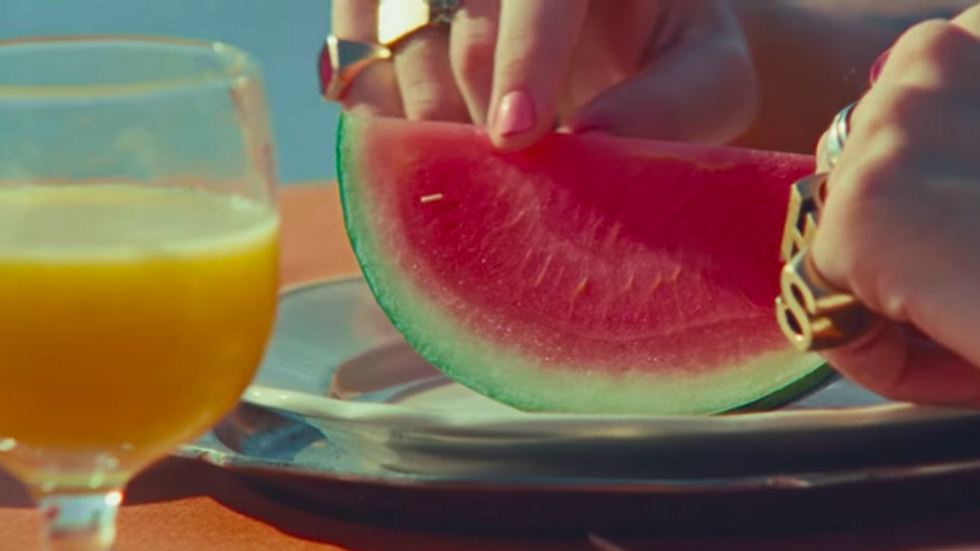 It’s more classic music video fodder than Harry’s last couple visuals, the absurdist fish-centric folktale for “Adore You,” and trippy, queerbaiting “Lights Up” (the pop star has notably switched back to casting mostly women in his videos.) However, it sticks to the sepia-toned ’70s horny nostalgia that all of his recent releases have been charged with. Harry just wants everybody to get laid… safely. “DO NOT TRY THIS AT HOME. Practice social distancing,” Styles pranked on Twitter. The video is torture, honestly: beaches are closed in New York and we can’t see our friends or have sex. We know he meant well.