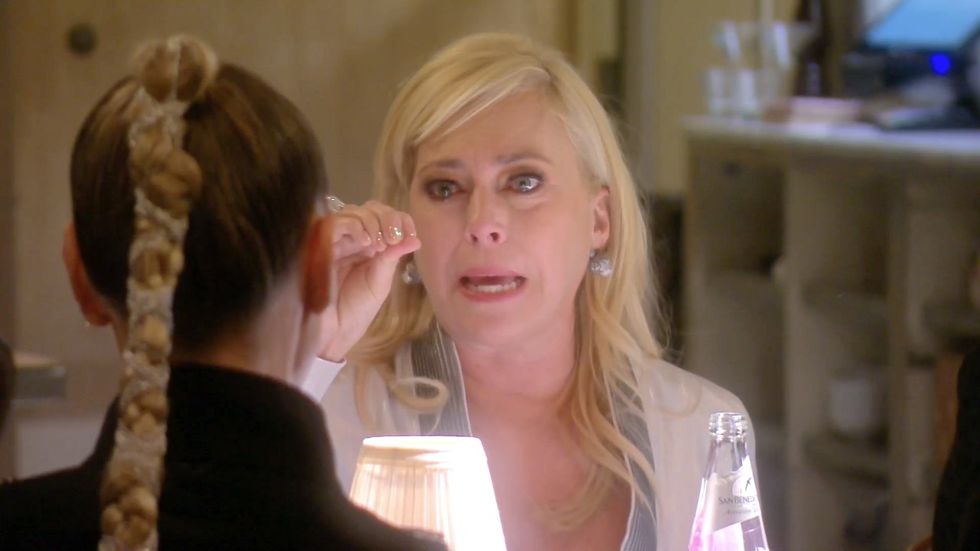 “Dolce & Gabbana’s the best. They give me tiaras for my birthday every year. It’s so funny.”

Meet Sutton Stracke, a new “friend-of” cast member — as they’re colloquially referred to in the Bravo-sphere — who popped up on the Season 10 premiere of The Real Housewives of Beverly Hills. She was first shown in all her grandiosity during a private fitting at the home of her friend Domenico Dolce. “Sutton’s ex-husband’s into hedge funds… like money stuff,” Lisa Rinna explained shortly thereafter in a confessional. “When they divorced Sutton had no idea she’d be set for life. Because there are homes, private jets and I think there’s a baseball team. Or two. Or more. I don’t know. She has a lot of fucking money.”

And just like that, The Real Housewives of Beverly Hills had secured a new fashionista to join the elite ranks of Erika Jayne and Dorit Kemsley.

One episode in, and she was already making headlines. “‘RHOBH’ newbie Sutton Stracke ruffles feathers with Rihanna Fenty diss,” reported Page Six after Stracke asked Dorit Kemsley who made her corseted white blazer dress. “Fenty,” Kemsley responded. “It’s Fendi?” Stracke followed-up. “No, Fenty. Rihanna Fenty,” Kemsley explained. Stracke was less than impressed. “If a celebrity has done a collaboration, I could care less,” she said in a confessional. “I mean, if God came down and helped collaborate with Tom Ford on this dress, that does not interest me.” (The dress is not a collaboration.) 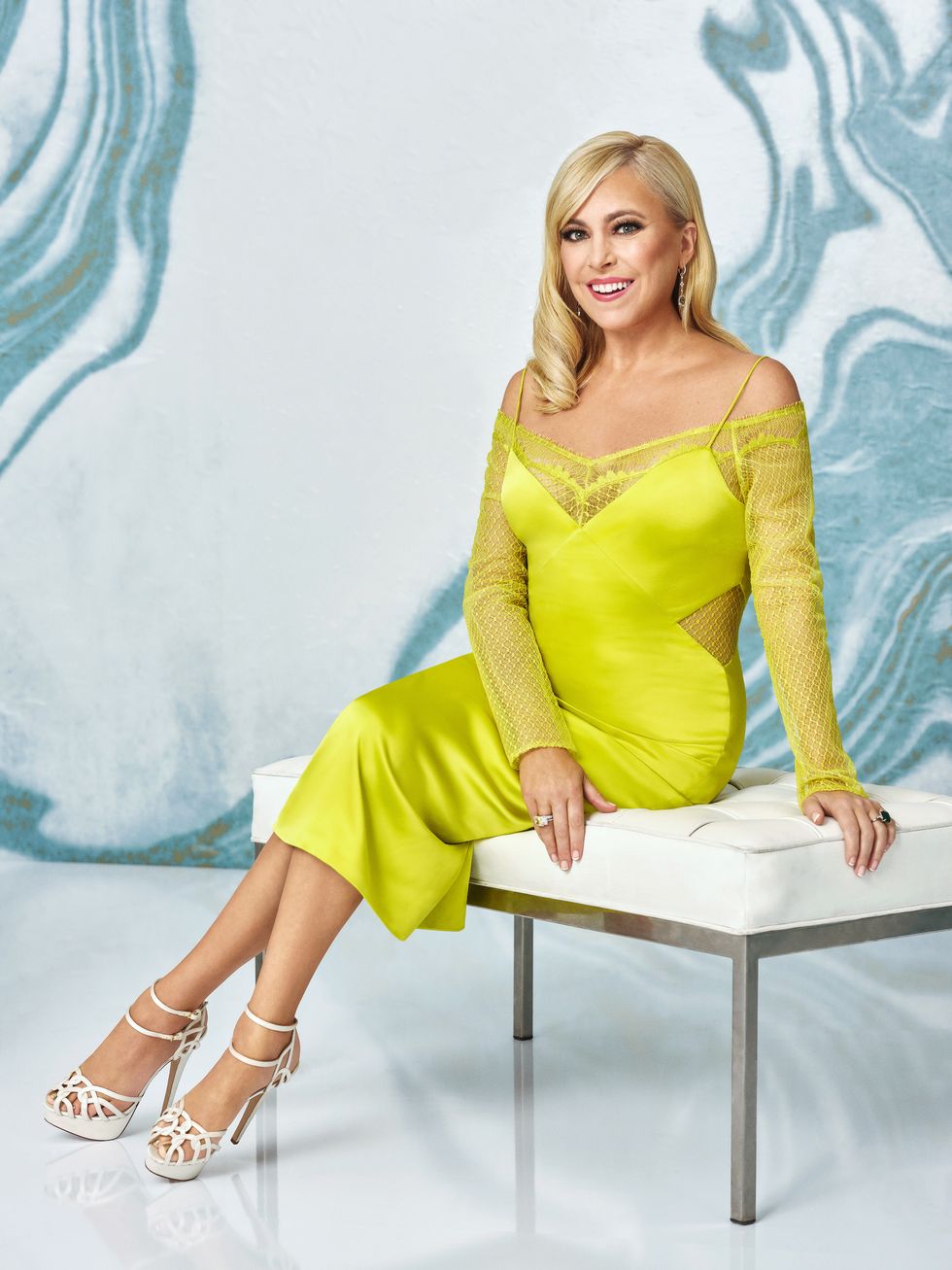 Her taste for luxury was underlined in the second episode of the season, during a dinner with Kyle Richards where Stracke announced that she’d come up with the best idea the other day: yacht wear. “I don’t want to scare people off that don’t have a yacht,” Richards, who had recently shown her first collection at New York Fashion Week, told a vaguely perplexed Stracke.

During episode two, we learned of Stracke’s eponymous boutique in West Hollywood, which she describes as “fashion, furniture, antiques and silver.” A few scenes later, we’re jettisoned to the store’s opening party. “That’s August Getty. It’s couture, I know,” she tells Garcelle Beauvis immediately after Beauvis enters. “I’m wearing Alexis Mabille Couture,” she tells the woman shortly thereafter. “I don’t think we need to announce that we’re wearing couture,” Erika Jane says in a confessional. And then came the party’s gift bags, which earned Stracke her second big media blitz. “Sutton Stracke gifts $1,200 clutches to her ‘RHOBH’ co-stars,” read another Page Six headline. (Actual price: $1860.) The Perrin Paris clutches (Stracke and her ex-husband were investors in the company) were found in Stracke’s basement, and not, she says, a bribe gift.

“Is this couture?” Denise Richards asks Stracke when Stracke and her boyfriend Michael entered a party in episode three. “No, this is just Dolce,” she coolly responds. “This is just ready-to-wear… Everyone’s going to make fun of me for my ready-to-wear situation, but I can’t help it.” (No one made fun of her.) By episode three she’s got into her first fight, episode four her first tears, and episode five a combo of the two. Not since Brandi Glanville first arrived on the scene has there been a Housewives newbie with as much buzz.

So who is the woman behind the glitz and glam? Born in Augusta, Georgia, Stracke is “a southern debutante-turned-Beverly Hills-socialite” according to her Bravo bio. She moved to New York City in her 20s with aspirations to become a professional ballet dancer and eventually became the Cunningham Dance Foundation’s Director of Development and the Augusta Ballet’s Executive Director. She married her childhood friend Christian in 2000 and had three children Porter (17), Philip (15) and James (12), none of whom are featured on the show (the pair divorced in 2016).

“It was very serendipitous,” Stracke tells PAPER of the timing of her store opening just weeks into filming for the show. “I wanted to get away from stuff that you can get at Neiman Marcus. No department store labels, just smaller known designers that can do special things for the store.” Once interest in her business swelled after the boutique was introduced on the show, Stracke rushed to find some more affordable options for a less discerning customer. “Once the show started it was like ‘Wow, people are going to suddenly see this store, what can we put in here that’s for everybody?'”

Unlike her fellow castmates, some of whom hire teams and pull directly from the runway to film scenes, Stracke says she really just shopped her closet. “Going forward, I hope I have enough stuff,” she says with a laugh. “We’ve been doing interviews with Zoom lately and I never knew that I needed so many solid color tops. That is definitely lacking in my wardrobe. But no, I’m not nearly as organized as those girls. I was opening a business and I’ve got three children at home so it was really just, ‘What do I love to wear?'”

So about that Dolce & Gabbana connection: Stracke has been an Alta Moda client since 2013. “The thing about Dolce & Gabbana is that they really bring you into the fold,” she explains. “They bring you into the family. And I was never a Dolce girl before Alta Moda. And then you fall in love with Stefano and Domenico and then you fall in love with Italy and then you fall in love with the clothes. It’s a true, true love affair. I think I talk about [Domenico Dolce] a lot because he’s a bit like a surrogate father to me. And Stefano sketched out a gown for me to wear to the Met Gala one year and I got to sit down with him and actually look at different drawings. They approach their clients in a different way than most couture houses and I found that very refreshing. What’s not to love about them? They’re so amazing.” 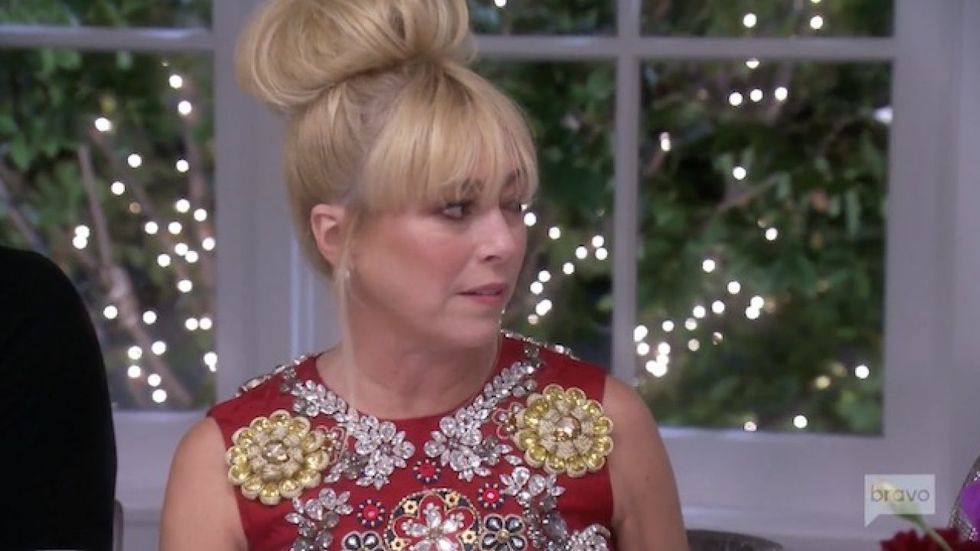 I bring up to the myriad controversies that continue to plague the brand, and ask her what people like me, that only read headlines and hear industry whispers about the controversial pair, might be missing. “I think about this a lot,” she says. “I know there’s two incidents in the past couple of years that I’ve read about.” (I imagine she’s speaking about the China incident and Gabbana calling singer Selena Gomez “ugly” on Instagram, but I could be wrong.) “I can only say that they have a true heart and would never try and hurt anyone. That would never be their endgame at all. I think there may be a language barrier there. Even when I’m with Domenico, I’m often with his partner Gui who can translate somewhat for both of us. And I think that can affect them sometimes. I don’t think they have a bad bone in their body. And it’s just gotten misconstrued or tangled up. And I know that they’ve been very sad about certain things that have happened because it’s nothing that they would ever wish for anyone to suffer. They just want to bring light and joy not any kind of downward feelings.”

In addition to filming more confessionals for the back half of the season over Zoom, Stracke is preparing for the show’s upcoming (but not yet officially announced) Zoom reunion, following in the footsteps of Real Housewives of Atlanta, which just aired part two of its three-part reunion on Sunday night. Does she know what she’ll be wearing? “Of course I’ve been thinking about this, I mean, c’mon this is like going to the Oscars. I’m hoping that we’re not going to have Zoom and that we’ll at least be able to get together and social distance which might be a safer way to have a reunion. But I guess I’m going to have to wear couture. I can’t let them down. But it’s got to be something they can’t make fun of. But I don’t know what I’ll wear. Don’t pressure me!”

What has being a part of this show for the last few months taught her? “Besides extreme makeup skills, I need to learn how to say thank you, eye to eye, in a very not-rushed way. Because I get nervous and it doesn’t come across as sincere. And I also think being able to confront people at the time, that there’s a problem. I think with women especially we tend to — and I’m Southern as well so Southern women do this all the time — we sweep things under the rug. And what that does is create a bigger and bigger dust bunny when we could have killed it from the very beginning. Be honest and confrontational, not in a bad way, instead of harboring it. That’s probably the biggest lesson I’ve learned.”

Love her, loathe her, or fear her, Stracke is the latest “I can’t wait to see what she does next” fixture to attach herself to Real Housewives — a drama-filled cinematic universe not even Marvel can rival.