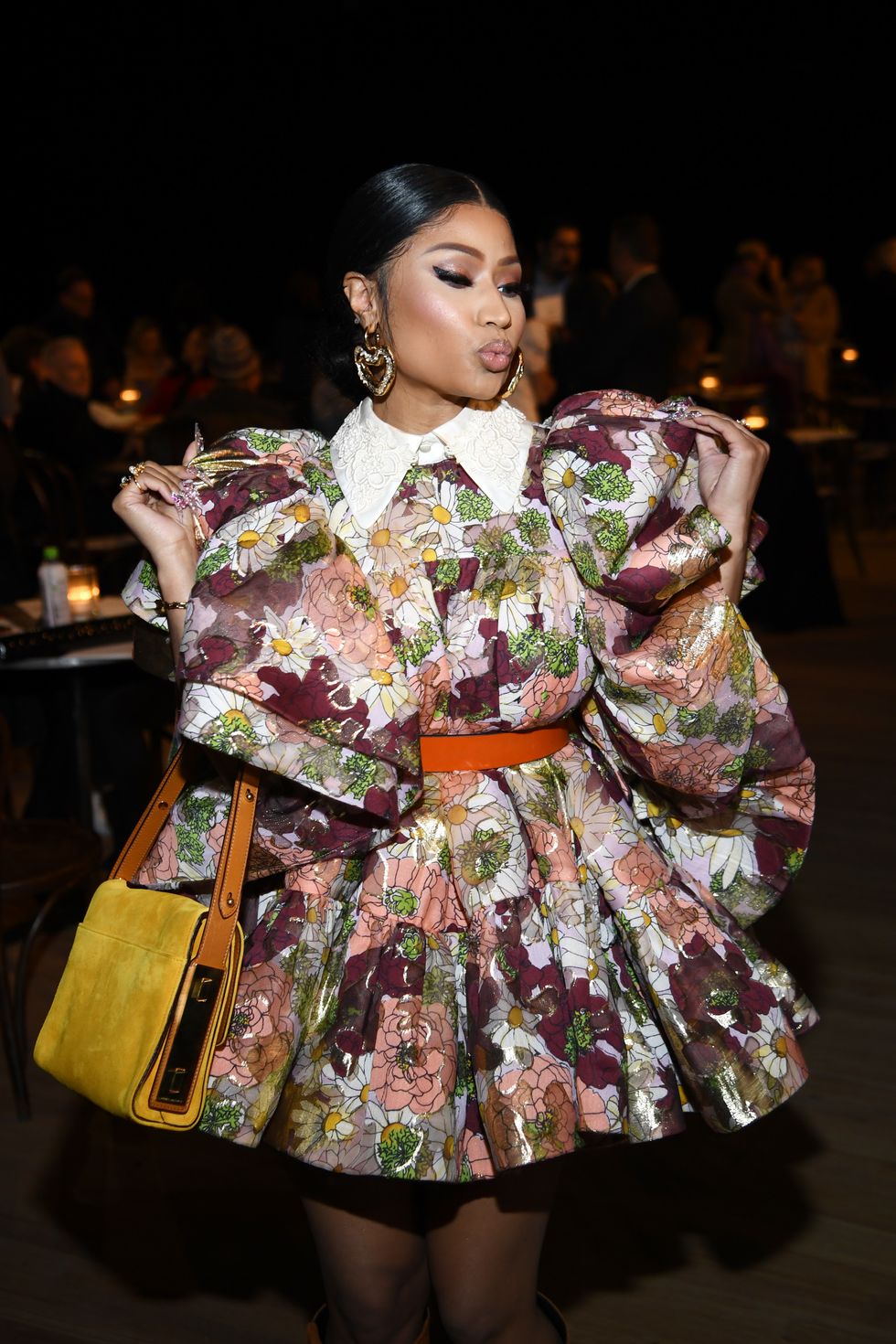 Barbz, you’ve done it again. Nicki Minaj has secured her second number one single of the year — and of all-time — on the Billboard Hot 100 charts with her track “TROLLZ,” a collab with the rapper Tekashi 6ix9ine.

Related | The Barbz Are Mobilizing on TikTok Against Trump Supporters

Fans of Nicki no doubt woke up today ready to refresh Chart Data continuously until the top spots of the Billboard charts were revealed later this afternoon, just as they did earlier this spring when there was speculation her assist on Doja Cat’s “Say So” would compete with Megan Thee Stallion and Beyoncé’s “Savage” for number one. Surprising absolutely no one: “TROLLZ” did indeed take home the coveted top spot, marking Nicki’s second appearance on a number one single in 2020.

A number of records were broken with the debut of “TROLLZ” atop the Hot 100 chart, including the record for biggest US sales week of the year so far with 116,000 copies sold. Nicki joins an elite crew, including Roddy Ricch and Ariana Grande as the only artists to win the top spot multiple times in 2020. She becomes one of only two female rappers, including the legendary Lauryn Hill, to debut at number one on the chart.

Related | Doja Cat and Nicki Minaj Go No. 1 With ‘Say So’

Reacting to the news, Nicki first recorded herself squealing in laughter on Twitter’s new voice tweet feature, presumably out of pure delight at once again conquering the charts over a decade into her career. Later, she elaborated on her happiness by congratulating Barbz directly in a video message: “Y’all did this with no playlisting and no radio. It’s just not happening in 2020, all the records on the top of the chart right now are doing that with heavy playlisting and heavy radio. For us to do that, debuting, that’s insane.”

Still, the victory even has some of Nicki’s most fervent Barbz divided over whether or not they want to support her connection to 6ix9ine, who plead guilty to a use of a child in a sexual performance charge in 2015 and was released from prison this year on racketeering and firearm charges. One fan alluded to the situation indirectly on Twitter, writing, “Who’s gonna tell 6ix9ine we was ONLY buying for nicki minaj and ONLY her.”