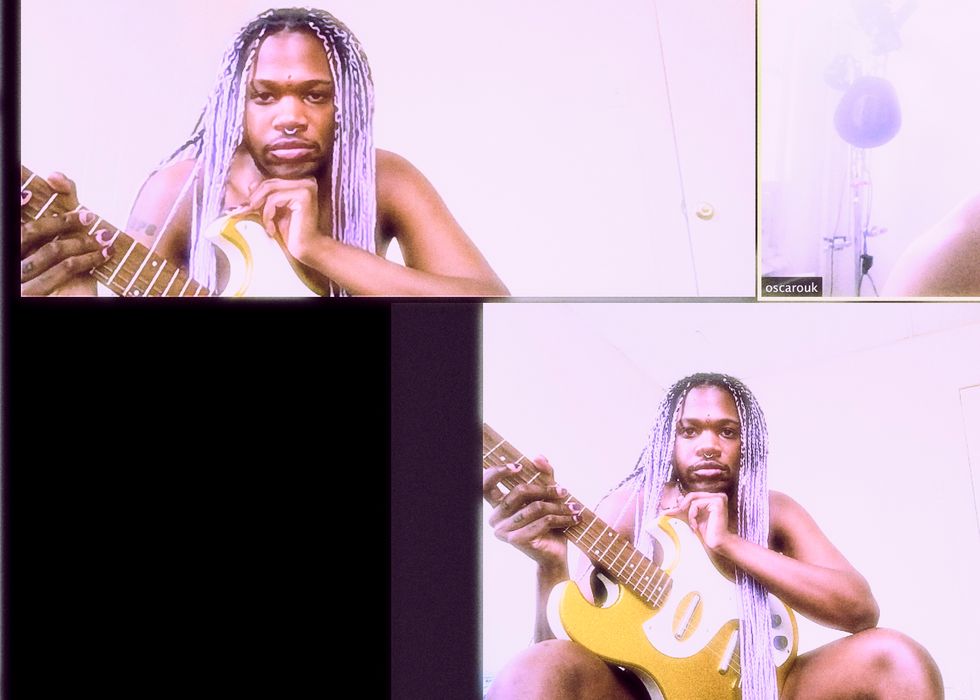 “I don’t mind to live all on my own, and I never did, ” sings Shamir on their new single. “I always thought my heart was freezing/ And I’m just cold/ But I refuse to fucking suffer/ Just to feel whole.” The 25-year-old artist’s “On My Own” is a fuzzy, cathartic, poppy dirge full of carefully constructed ambivalence, a rejection of codependency and a declaration of self-sufficiency. It’s basically the ultimate quarantine breakup song.

But the song’s creation predates the global pandemic. Shamir wrote the instrumental in Toronto during the summer of 2018, but couldn’t find the lyrics until a year later when they were going through a breakup. “It just popped in my head,” they tell PAPER. “It was just fate… I wrote it all down because I remember how the music sounded in my head and then went downstairs and found instruments and recorded the demo within a few minutes.”

Almost a year later, the track is out, heralding a new record from an artist who has been remarkably prolific since their debut with Ratchet in 2015. In the five years since, Shamir has released the same number of studio albums as well as three EPs, with their sound progressively morphing from the dance-pop of their most popular single “On the Regular” to something more grounded in rock, with punk and grunge influences all tied together by Shamir’s singular voice and confessional lyrics. 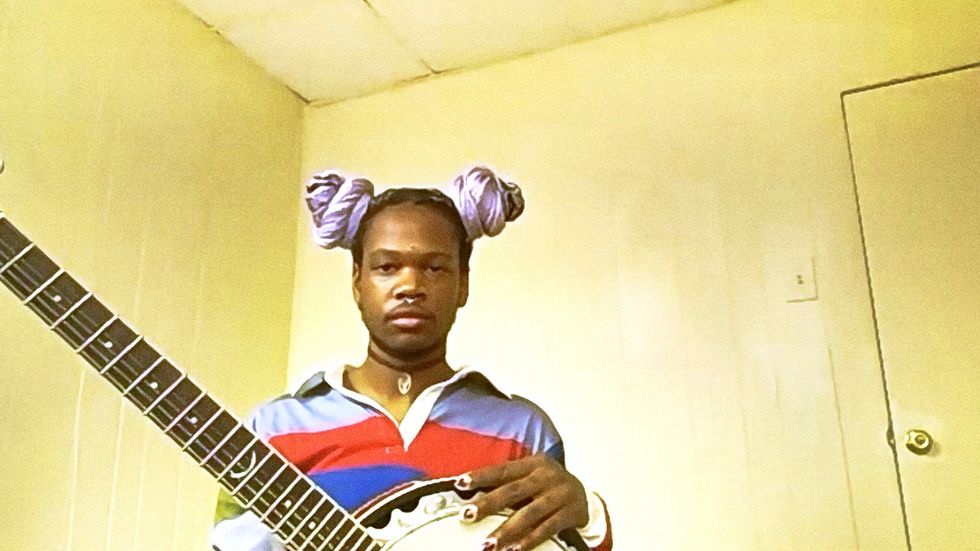 Shamir, who uses all pronouns with no preference, says they aren’t constantly in the studio working on new material like Kanye West. Rather, making music is “an integral part of who I am.” They reference early aughts Nickelodeon show Unfabulous, which starred Emma Roberts, who would write songs tied to the lessons she learned in every episode. “I always loved that concept. Not only for a children’s show, but I think that’s a really great thing for children to see…a healthy way of working through things in a creative way.” After their Ratchet “pop moment,” it was important for Shamir to “release a bunch of records of songs that are kind of written just for pure catharsis.”

As an artist whose sound has evolved so much and also who has put out so much music, what is it like to be forever tied to an extremely popular single?

That single… I’ve always kind of felt so distant from it. I never really felt connected to the single. It was very much my “Creep,” like Radiohead. I see myself as kind of like a Radiohead where there’s always going to be a group of people that know “On the Regular,” and then there’s going to be actual Shamir fans.

What has it been like to be releasing and promoting music with the current state of the world?

At first I kind of felt a way about it, but a lot of the messages — and I think also just being that I’ve always been a very outspoken person throughout my whole career — I think a lot of people kind are enjoying a new, more positive sound that’s reminiscent of my last music or my first music, but also, the sentiment of the song. Also having to deal with current events and where people find themselves, spending a lot of time in isolation. It really has been validating for me to hear from people that are like, “Times have been really hard right now, but this new Shamir song it’s giving me like a little ray of sunshine, and then a little, a few seconds of solace and peace.” 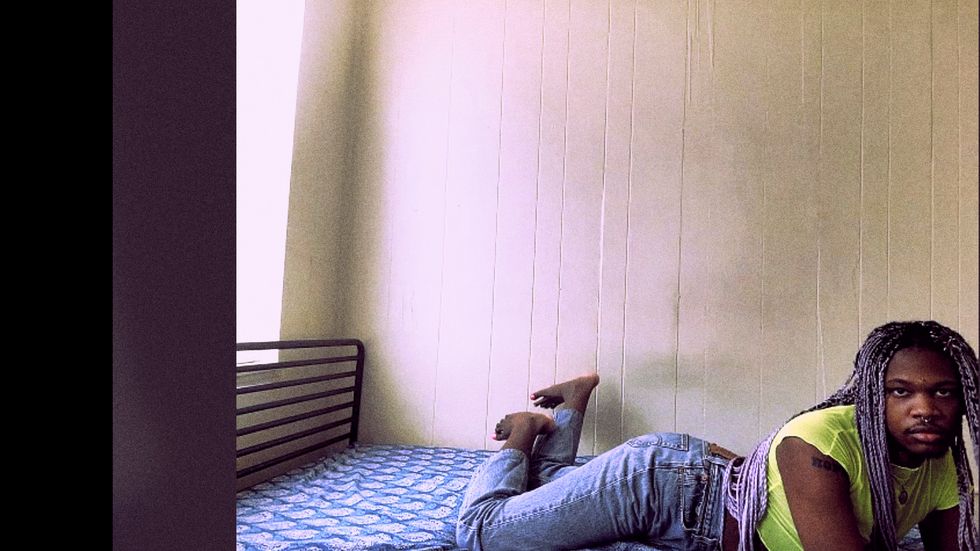 I’m always feeling like I’ve got to pick a fight and I think in a lot of ways, music and art just isn’t enough. There has to be people on the frontline. There has to be footwork and groundwork to make real change. But, I often find myself in situations where I shortchange the actual power of art in my art and just actual power of birth in general of how important it can be, not only for mental health and morale and self care, but that moment of escaping for a second. It’s almost like meditation.

Do you consider yourself a “queer artist” and is the way you make art inherently tied to, or defined by your queerness?

I get this question almost every year. And so, I think I always like to switch it up each time, but at the end of the day, I can always only say that no more than it is because I’m a Black artist. And Black artists don’t get this question as much, and if they do, it’s probably maybe specifically, maybe for Black History month or like something. Of course your identity plays a part and the art that you do, but it’s not the only thing. Like no one asks what does being Black mean for their art? I’m all of these things, so many different things that play a part into my outlook on life. But, but I’m not a queer artist in the sense that maybe someone will be like, a Christian artist.

Related | You Should Buy These Black Artists’ Music Today

The cultural conversation that we’re having now around white supremacy has led to people exposing racism across a lot of different industries in a way that’s never happened before. Have you experienced that in the music industry and how has that intersected with your queerness?

I mean, of course I have. I think I compartmentalize so much of it. I think a lot of us in the industry have, cause you almost get it everywhere we turn. But what I will say is I think maybe one of the hardest things was getting it within my own camp early on, which was really frustrating. But yeah, I think, I at least hope that the movement right now is seeping into the industry because the industry needs to change, the industry sees itself as this very progressive entity. It’s not.

On Twitter you shared an experience you had with sexual misconduct. What it was like to be publicly vulnerable like that in a way that wasn’t in your music?

Well… I didn’t outright say anything. People just talk. That situation is very weird. I think it’s something that I haven’t even really processed or whatever, but I don’t know. The industry is just so full of so many predatory people and I guess I would just say that the last thing that I said online was, he was one of the main reasons why I left LA, left like the whole pop star thing and went to Philly and let go of following industry standards because that is the industry standard. 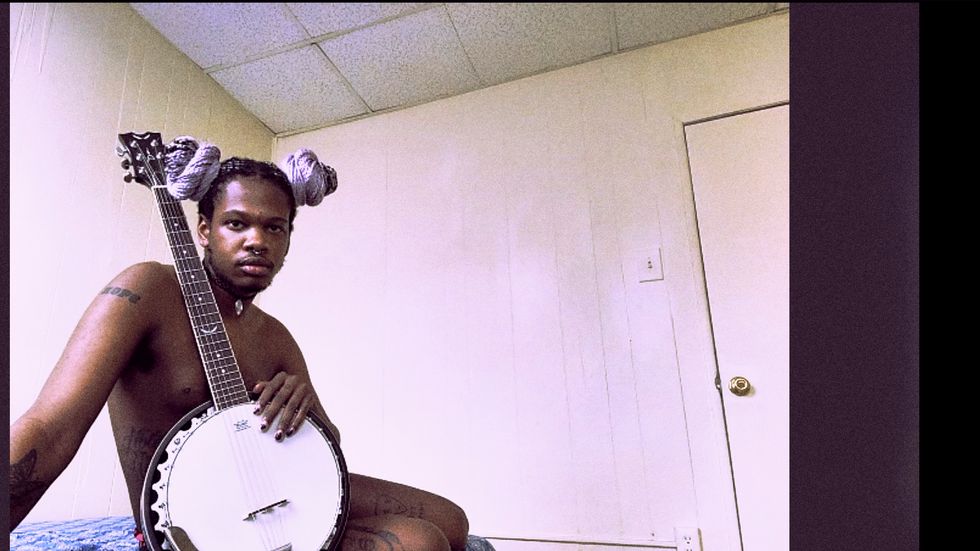 There’s so much predatory behavior and stuff that goes on in the industry that’s unspoken or people turn their heads or don’t care about. And, I think one day it’s going to have this reckoning and all these things are going to come out. In a lot of ways, a lot of things do still come out. But also in a lot of ways, specifically talking about the person that we’re talking about and their other collaborators, you think they’ve come out and still nothing happened. So, all I can do is worry about myself, keep pushing and let others know where to steer clear from.

How are you practicing self-care with the absolute dumpster fire that is 2020 so far?

It was something that I started before 2020 really started to hit the fan. I started to take a lot of time for myself and did a lot of inner work because I’ve been mostly sober since October and then I stopped smoking cigarettes in August. So a lot of that healing journey for me was just becoming all of myself with solitude. And so, when quarantine and everything hits, I’m like “I guess there’s more work to be done.” It’s crazy and everything, but I think that is good. This is a good time, more than any time to take these moments that we have for ourselves and really look inward. And because that’s where things start, that’s where health really starts. It starts inward. 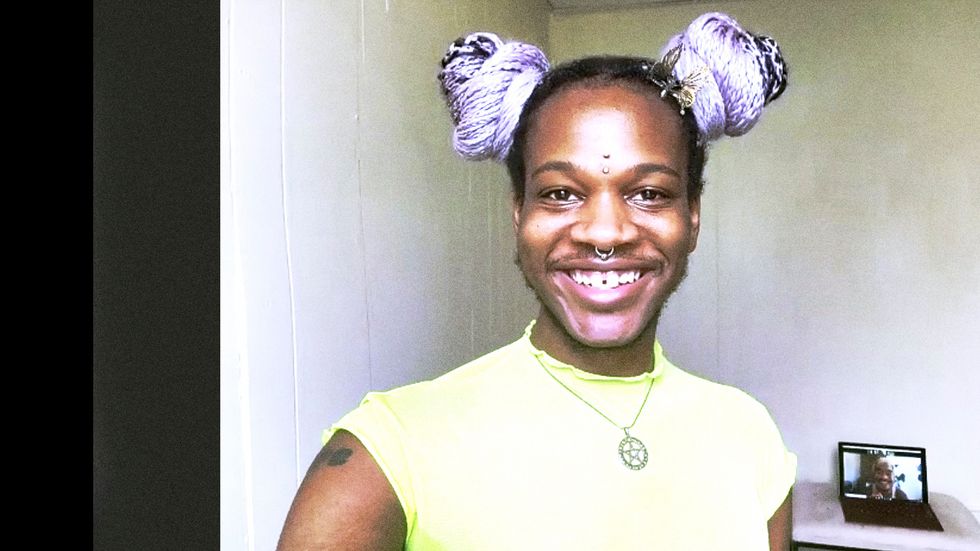 My mother always says, you can’t help anyone until you help yourself. So the healthier and better we are as individuals and people, the more that we can do out in the world. That was one of the main reasons why I decided to get my sobriety, because I almost felt some kind of major shift was coming. Had I not decided to make those changes before all of this, I’m not sure where I would be right now.

When do you feel the most powerful?

I think when I’m creating anything music, visual, while I’m working with my other artists. When I’m creating, I feel like — I hate to say this — but I do feel like a little God because I’m creating something tangible that I’m putting out into the world, is that not a God-like thing? I don’t mean it like in the Kanye West type of way, but I feel like the God to my creations.

How do you feel about Pride™, this idea that we have of Pride today with corporate floats and campaigns with the same 10 people in them every year? What is your relationship to that? And then what actually makes you proud and how do you feel as a queer person this time of year?

Hmm. So Pride™ last year, it was really bloated and that was really frustrating and weird for me. Seeing a lot of history revision, revisionist tactics. And, I think with everything else going on right now in this Pride season, the first thing I really wanted to get back to the roots of Pride, which is, riots and a lot of arrests. As horrible as everything happening right now, I’m kind of glad that Pride is happening in the midst of all of these things, because we’re getting back to the integrity of Pride in what we really celebrate, and giving things to those people who did risk their lives, who did risk their freedom, who did risk all these things to really, truly, actually physically fight for us to party now. 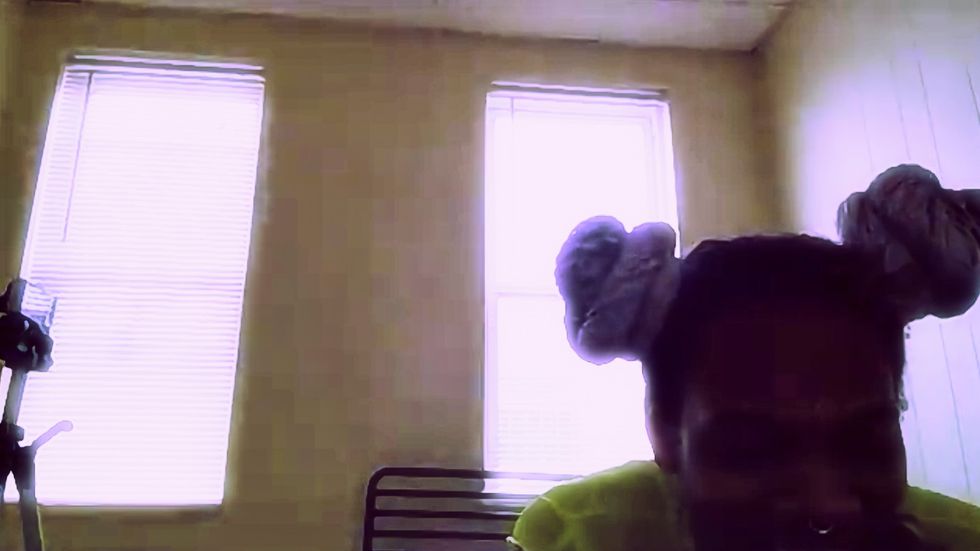 That can’t be forgotten. I think it’s hard for late stage capitalism to capitalize on such a thing while everything is happening in a pandemic on top of all of these things. So I’m kind of happy in a way that I’m not being all this like Pride™ stuff as heavy as we did last year, because that really was really frustrating for me, like walking into a rainbow at Walmart. I’m like, this is not it. I don’t want this.

We won’t be swishing any rainbow Listerine this year. What do you want people to feel when they listen to your music?

I just want them to feel whatever journey it takes them on. I think, I don’t know what songs are going to make people feel things differently, and I like that. I think that’s why I like to span across multiple genres with all of my releases. I wanted to take people on this journey and like, everyone might have a different experience with each song or like each world that each song lives in and that’s on purpose. I don’t want the whole album to live in this one world because that isn’t fun to me. I get bored very easily and I’m constantly reinventing myself and because I’m a Scorpio, like that’s a thing. So yeah, there’s not one thing. I just want everyone to feel whatever they’re feeling when they are listening to my music on a very thorough, visceral level. And that’s it. I think that’s what I do, by being as raw and open as possible when I’m writing and recording my songs.