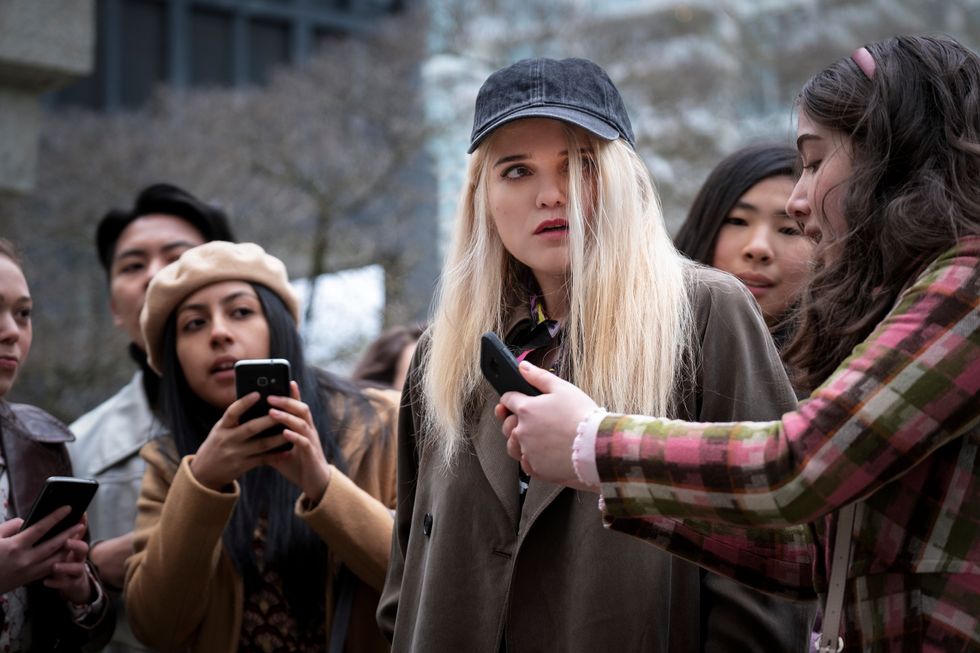 When it was announced back in early May that Sky Ferreira would star in an episode of Jordan Peele’s The Twilight Zone remake for CBS All Access, stans went wild. It wasn’t Masochism, but it was still something — and it meant that the queen of gloom-pop’s return to acting was imminent. Now, ahead of the show’s premiere tomorrow, PAPER has an exclusive first look at the superstar’s role in “Ovation.”

Ferreira’s grand return to pop music in 2019 was the downtempo “Downhill Lullaby,” and it left fans ready for more. It had, in fact, been several years since the release of the critically acclaimed Night Time, My Time, which ushered in an entire era of chilling alt-pop. The singer’s starring role in “Ovation,” an episode in the second season revival of the classic horror anthology series, threatens to rival the hype around her comeback single with all of the same mystery surrounding its release.

Directed by Ana Lily Amirpour, the episode follows a struggling singer, played by Jurnee Smollett, whose career “takes off overnight” after witnessing a tragic accident. It’s not clear where Ferreira’s character Fiji fits into the narrative just yet, but she might have something to do with the attention Smollett’s character begins to receive post-accident. In an clip provided to PAPER, Ferreira is followed around by fans asking for selfies, not unlike what real life must be like for the songstress.

Watch the full preview, below, and get ready to enter Season 2 of The Twilight Zone, tomorrow on CBS All Access.

Your browser does not support the video tag.