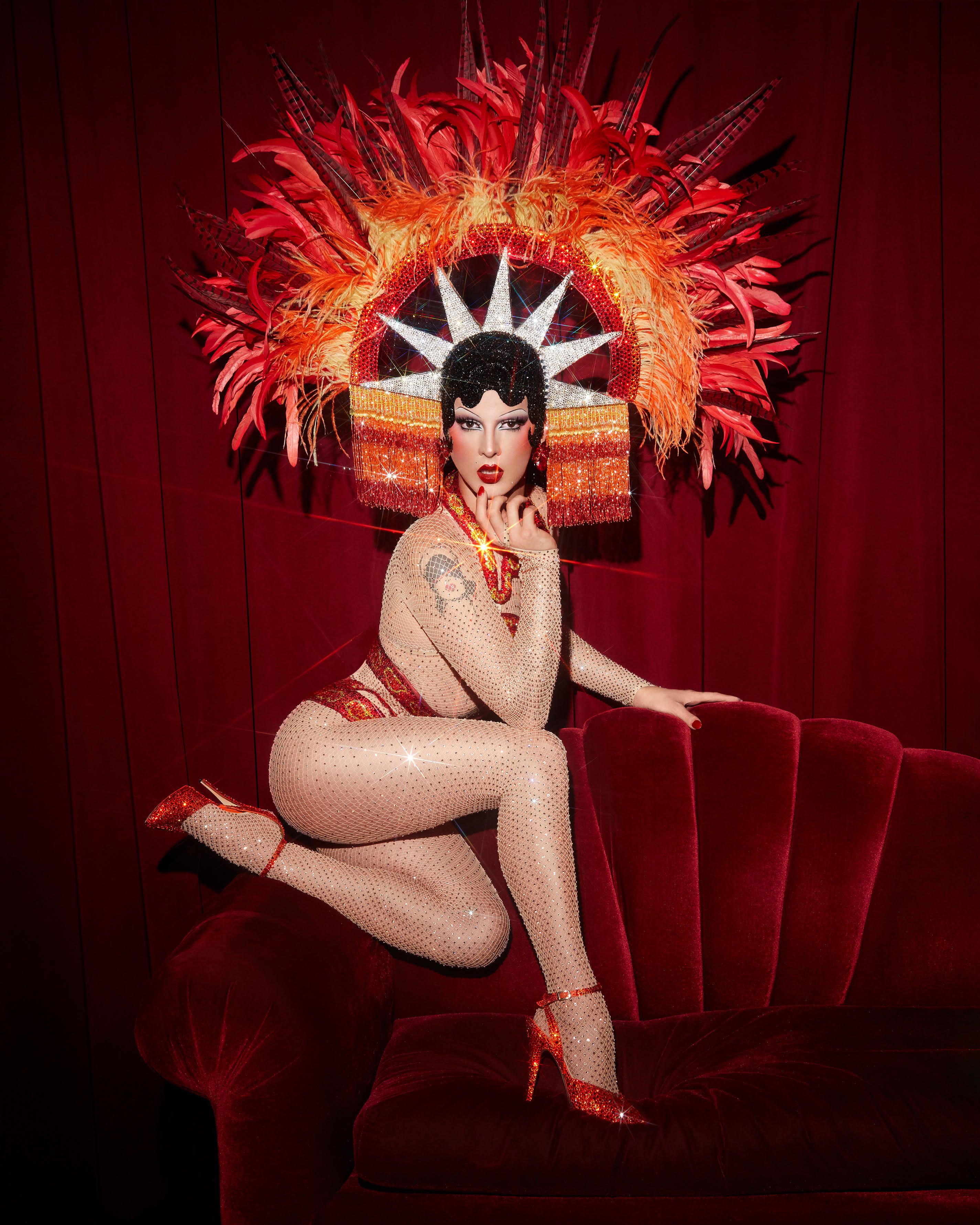 Before everything turned upside down this spring, Violet Chachki was slated to tour all over the world for her one-woman show “A Lot More Me,” with stops in Asia, Australia and North America. When that had to be postponed, she realized she had to diversify and figure out a new way of doing drag.

“I think everyone is trying to figure out what it looks like to be working and to be creative, and I’m no exception,” she tells PAPER. The result is a one-hour downloadable burlesque and circus special, called “Digital Follies.”

“It really started out of necessity,” she says of the performance show. “It feels like this body of work is so where my drag is at at the moment. I wanted to kind of create something that isn’t kind of triggering or political or sad. I think that’s what drag has always been for me — sort of an escape, and that’s how it started for me.” 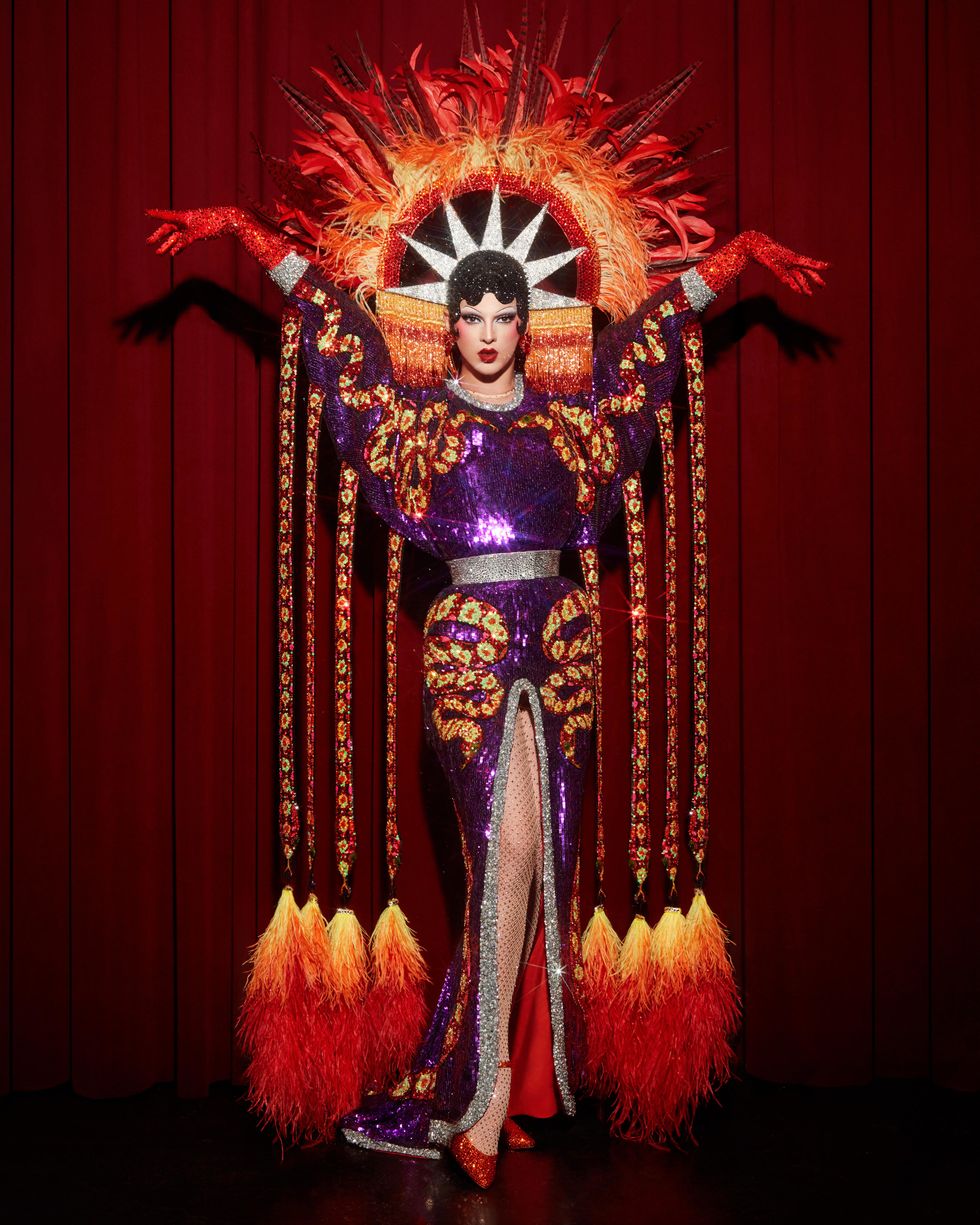 Taking inspiration from the extravagant Ziegfield Follies productions of the golden era, fans can expect a combination of drag, burlesque, circus and other theatrical numbers including an aerial chair dance. But this being a Violet Chachki show, the lavish, one-of-a-kind costumes take center stage.

Among the standout looks is a Marlene Deitrich-inspired sequined Moschino tuxedo designed by Jeremy Scott, which she wears in the opening act. All of the pieces Chachki wears in the show are custom, she notes, including an 80-pound beaded dress made for her by Prada’s Fabio Zambernardi.

“When Violet asked me about creating a costume for her one-woman show, she had a very clear vision for the various incarnations that she was planing to conjure up,” says Jeremy Scott, who’s featured Chachki in his runway shows several times before and invited her last year as his date to the Met Gala. 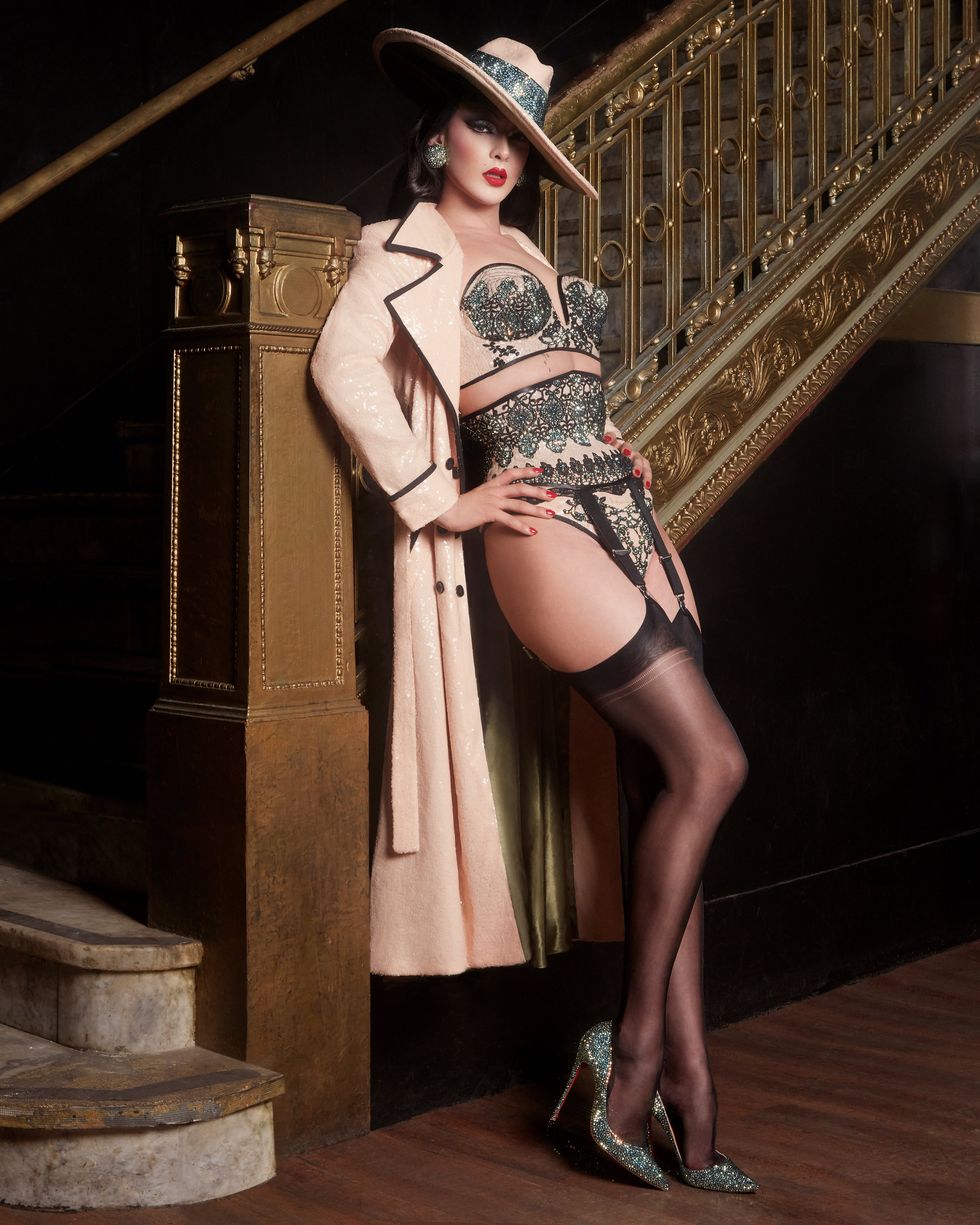 “As you can imagine she has some very specific movements as part of the choreography and being the perfectionist that she is, everything has to not only look immaculate, it has to perform perfectly, as well,” Scott says. “Violet had a clear idea of what she had in mind and also knew it was something that fit well with my design vocabulary which made working with her a cinch.”

The rest of the costumes were done in collaboration with the House of Canney in Atlanta, known for their bespoke corsets and latex fetish-wear. “I like to think of him as my own personal Mr Pearl,” says Chachki, who’s made tightly-laced corsets and ’50s pin-up style part of her signature fashion vocabulary ever since she shocked viewers with her cinched waist in Season 7 of RuPaul’s Drag Race.

One person who will be ready to tune in is burlesque icon Dita Von Teese, whom Chachki calls her mentor. “I love the way Violet brought haute-striptease and aerials into the drag world,” she says. “I’ve always been impressed with her attention to detail, and I love watching her unique adaptations of fetishistic glamour merged with drag performance.”

“I’m very proud to have been a part of her story, and have always loved having her in the cast of my show,” she adds. “I always remember getting a call from the Drag Race producers, telling me about her, how she was inspired by me, but Violet has always made it her own. I can’t wait to see her self-produced digital show!”