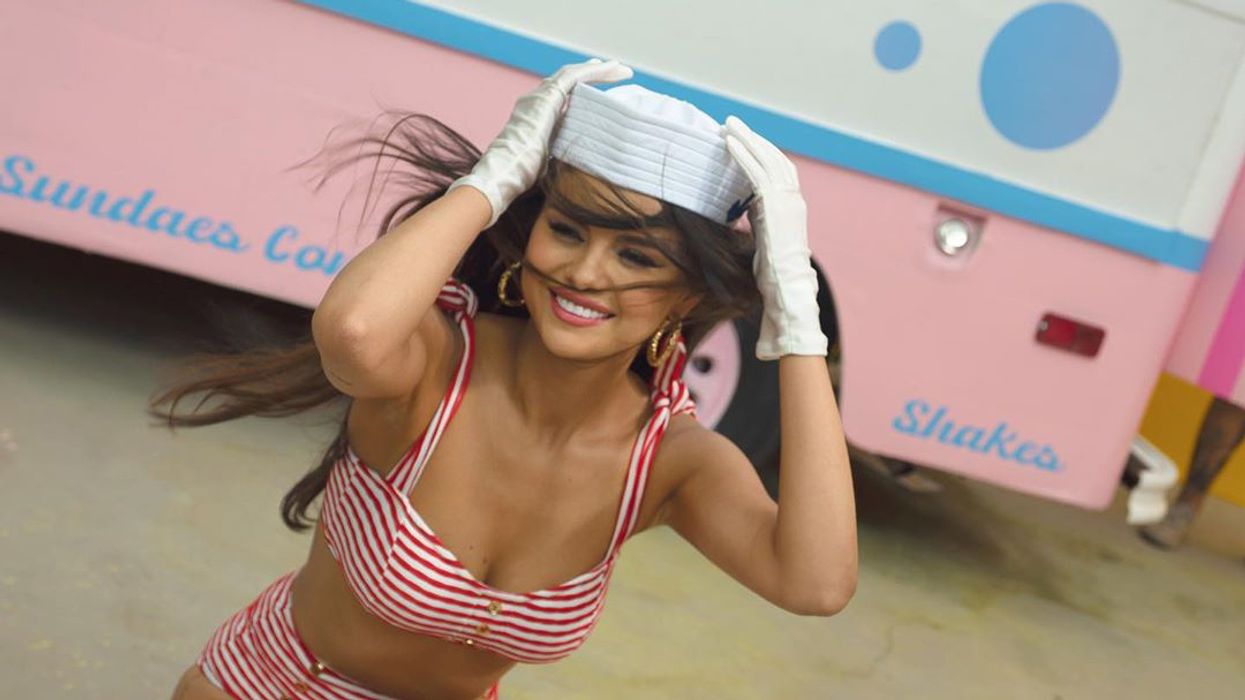 On Friday, BLACKPINK and Selena Gomez dropped their first ever collab, “Ice Cream.” And in just a day, the bubbly bop’s music video got over 100 million views on YouTube. Now, the artists are giving their fans a peak behind the scenes.

“Blackpink, they’re very known for their videos and they’re known for their personalities, so I felt like I got to step into their world a little bit,” Selena said in a video she posted, shot at her set in Los Angeles. But because the video was produced in the middle of the COVID-19 pandemic, the Rare singer and the K-Pop group sadly didn’t get to shoot it together.

She said, “I wish that I was there with them… I guarantee you there’s this energy that we could have if we could be in the same place, but we’re being safe.” But in between shoots, Selena called the girls while they’re at their own set in South Korea and shooting their part of the video.

Go behind the scenes of the Ice Cream Video! Wish you were there in person, @blackpinkofficial !

Peep behind the scenes of BLACKPINK’s shoot, below.