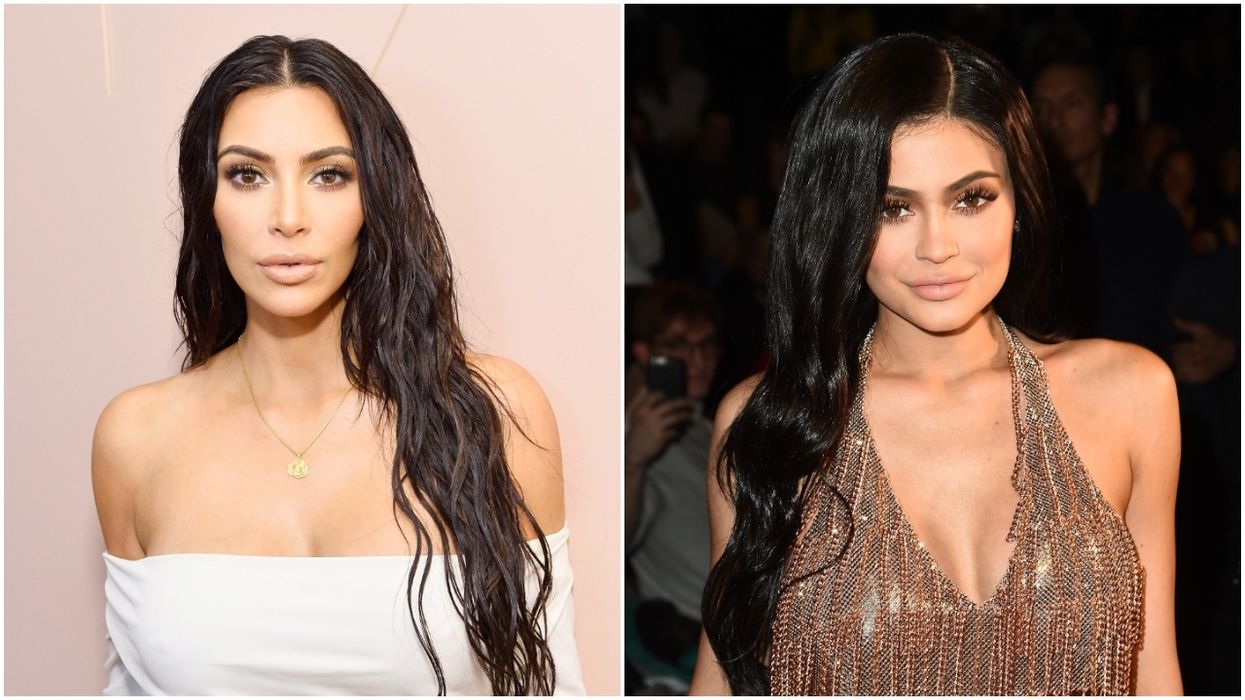 Earlier this week, director Eli Russell Linnetz posted the entire music video to his Instagram, explaining that it was made three years ago but “no one’s ever seen it.”

And while there’s a lot to dissect here — including all of the monster trucks and the decision to make both Kim and Kylie giants — the very end of the video is what’s gotten people talking.

In the final scene, Kylie can be seen walking out of a door in between Kim’s legs, which are spread open as if she’s giving “birth.”

According to E! News though, Linnetz himself has since confirmed that the scene “features Kylie coming out of Kim’s vagina” with “the metaphorical meaning being that there would be no Kylie without Kim.”

“[It’s] the visual smashing of American iconography, man made machinery battling man-made women, a battle of machines set in a futuristic mysterious magic arena,” the director went on to say, before adding that the video took five months to shoot and came with an almost $1 million price tag.

Sadly though, it apparently never got an official release as Tyga and Kylie broke up shortly thereafter. That said, at least we’re able to enjoy the, uh, creative symbolism now.

Watch the video for yourself, below.