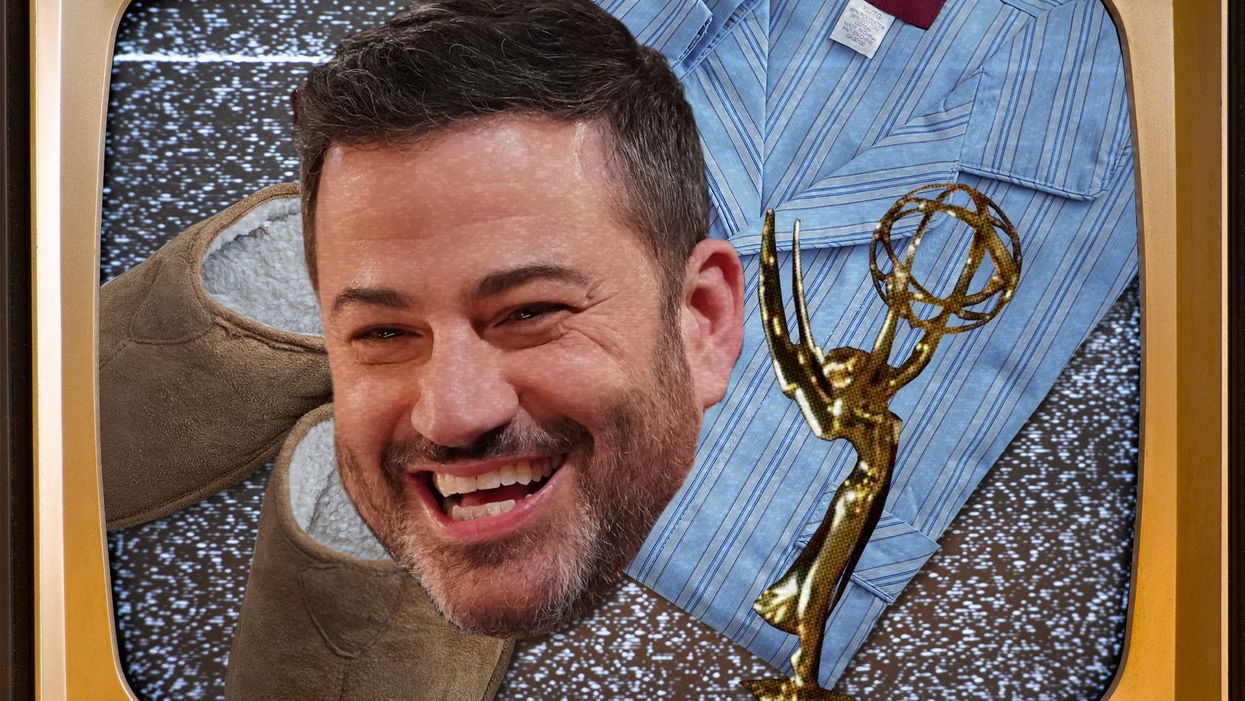 Award shows during a pandemic. To quote Tevya in Fiddler On the Roof’s opening: “Sounds crazy, no?” Award shows are entrenched in our culture, creating some of the zeitgeist’s most memorable moments: Chrissy Teigen’s awkward crying face at the 2015 Golden Globes, Liz Taylor’s drunk slurring at the 2001 Golden Globes, and who could forget John Travolta introducing the world to Adele Dazeem at the 2014 Academy Awards? But over the past six months the world has changed dramatically due to… well, you’ve seen the headlines. And with it, award shows have rightfully been de-prioritized.

The first major ceremony to take place since March was the the 20th BET Awards, which took place virtually on June 28, 2020 without a hitch — and without a red carpet. The 2020 MTV Video Music Awards was the next up at bat on August 30th. The show was held in person at Brooklyn’s Barclays Center, but many of the performances were pre-recorded or done virtually. There was a red carpet, but it was not live and seemingly stitched together from varying locations (notice there’s a grey carpet in some of the photos while others have blue and some white).

Related | The Vast Emptiness of the 2020 VMAs Red Carpet

With the 2020 Tony Awards postponed, four months until the Grammy Awards, five months until the Golden Globes and seven months until the Academy Awards, the 72nd Primetime Emmy Award — which will be held on September 20th — stand as the first of the major award shows to contend with the coronavirus. As a result, and smartly so, the show made the decision in July to go virtual. 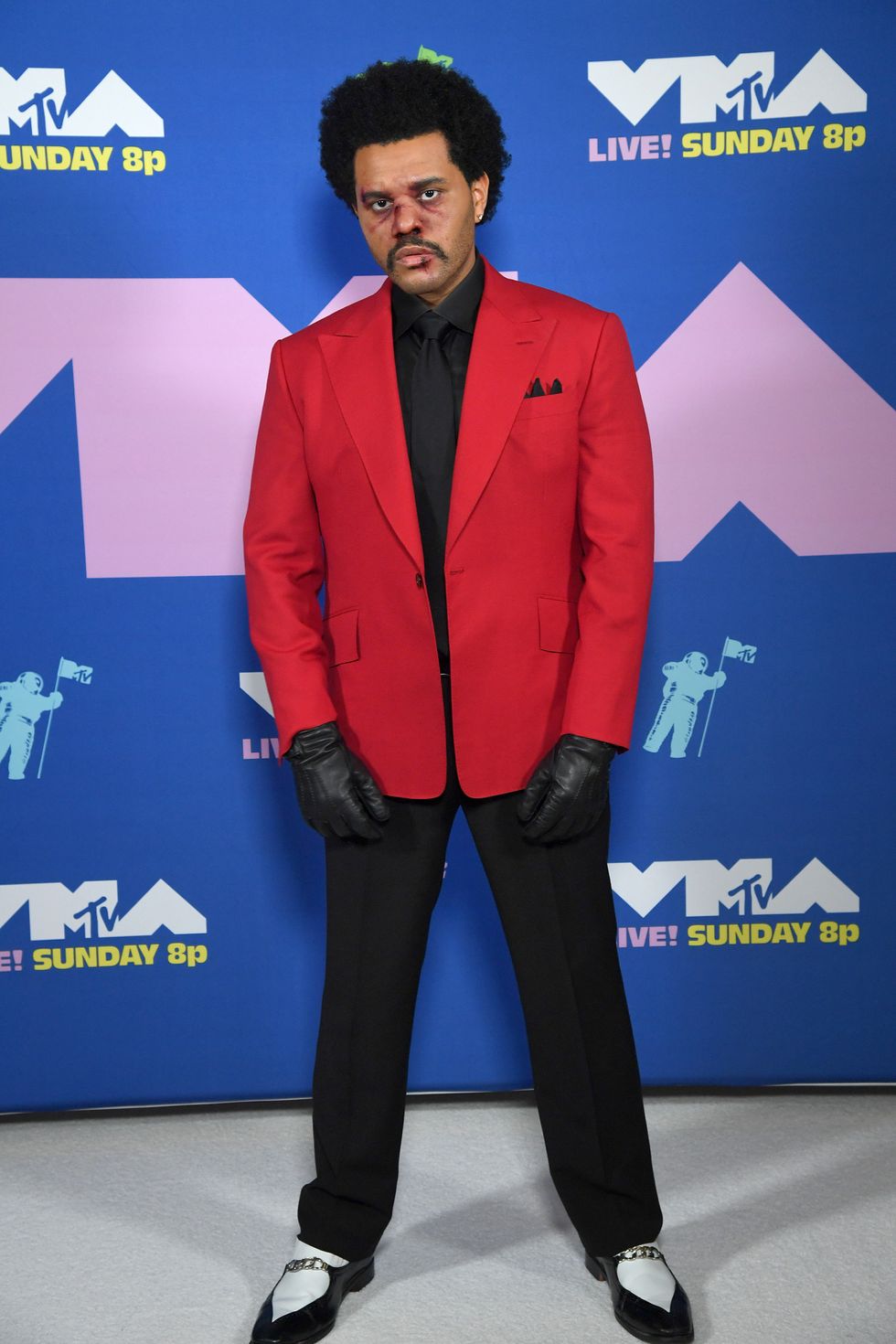 “As you’ve probably guessed, we’re not going to be asking you to come to the Microsoft Theatre in downtown LA on September 20th,” this year’s Emmy executive producers said in a letter sent to acting nominees. “This year, it’s still going to be the TV industry’s biggest night out… but we’ll come to you!”

According to Variety, host Jimmy Kimmel will perform his duties from a stage inside the Staples Center. No audience. And no red carpet. Instead, approximately 140 live feeds will contribute to what is sure to be a chaotic ceremony. So will there be fashions? “The 2020 Emmys are going to be a pajama party,” a source told Us Weekly in the weeks leading up to the show. “All the celebs are wearing high-end designer/custom pajamas like Dior.”

If true, that’ll be… a choice. “Not crazy about the pajama idea… at all,” stylist Ian Bradley tells PAPER. “In the words of André Leon Talley, ‘there’s a famine of beauty.’ We need glamour now more than ever. I think stars should be doing full glam, even if to sit at home.”

Related | The Hypocrisy of Red Carpets Under Climate Change

Stylist Erica Cloud, who will be outfitting three nominees including Eugene Levy (Best Actor, Comedy), Dan Levy (Supporting Actor, Comedy) and D’Arcy Carden (Supporting Actress, Comedy), agrees. “We haven’t fit yet but I’m not doing pajamas — no shade to anyone that is,” she tells us. “I love a glamorous pajama look more than anyone but I think we are going to have a fun ‘dress up at home’ moment.”

One star that won’t be hurting our eyes no matter what she shows up in is Outstanding Lead Actress In a Drama Series nominee Zendaya. According to US Weekly “she is the only celeb as of now getting full-on dressed up and doing a regalia look.” The magazine’s use of the term “regalia look” makes me doubtful about a lot of things, including the legitimacy of that information, especially considering Cloud’s above statement. Still, I hope Zendaya will prove to be a trendsetter in establishing how to strike the right tone through fashion. 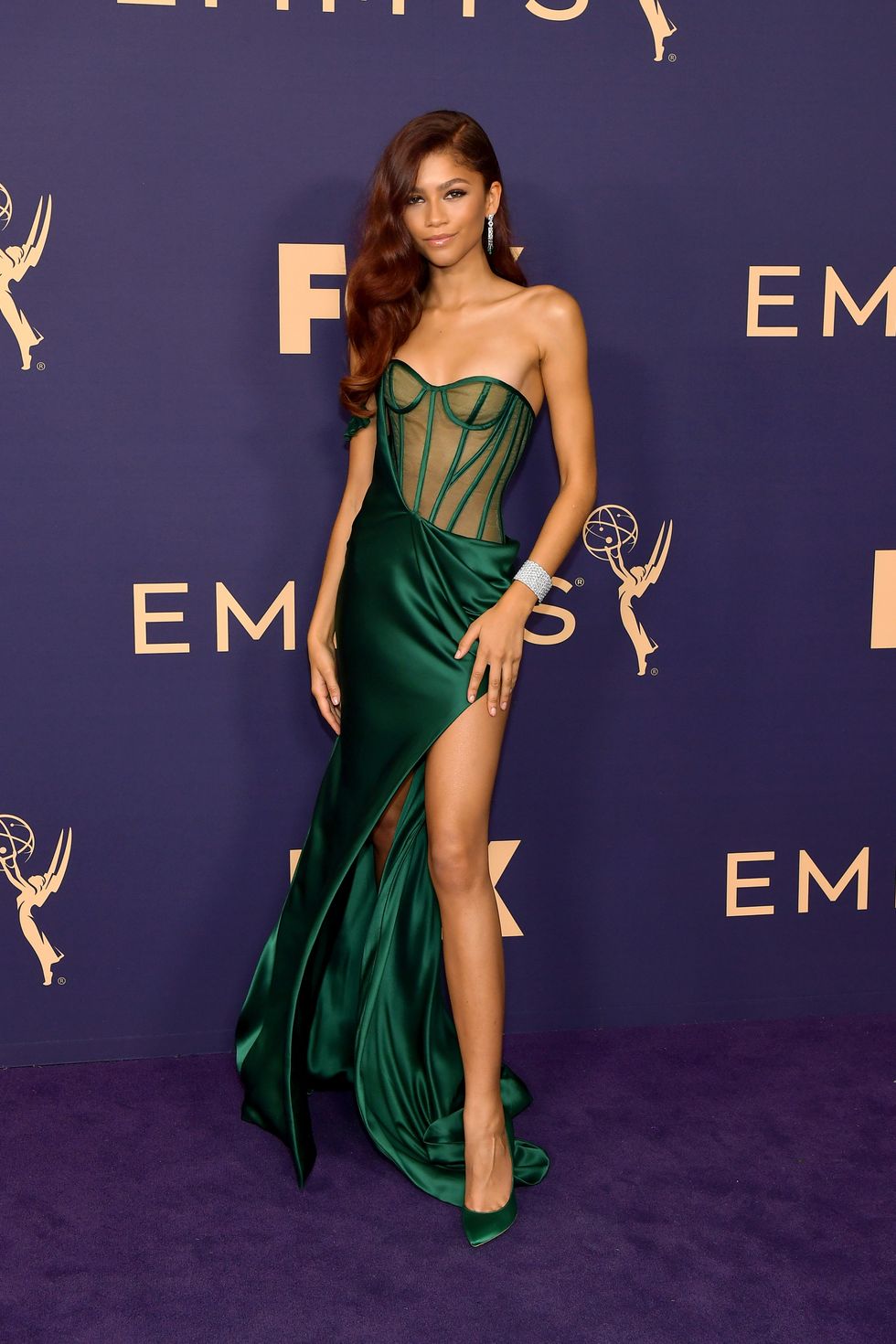 And that right there will be the big task at hand for celebrities and their stylists alike on Sunday. An Iris van Herpen dress… sitting down… over Zoom… in a home office… is not how the dress is intended to be displayed. But then you start to think about the ways one could lean into the oddities. Take, for instance, Best Actress (Comedy) nominee Tracee Ellis Ross. Ms. Ellis Ross accepting her award in a hot tub dripping in latex LaQuan Smith would be a moment, as would her failing to find the proper way to sit in a bulbous Comme des Garçons runway look. This to say, leaning into the circumstance as opposed to avoiding it could prove a shrewd maneuver.

One star I’m especially looking forward to seeing is Best Actress (Comedy) nominee Catherine O’Hara, who gave us look upon look upon look last season thanks to stylist Andrew Gelwicks: Marc Jacobs. Area. Greta Constantine. Tom Ford. “Preparing for this year’s Emmy Awards has been a process unlike anything I’ve experienced before,” Gelwicks says. “Ultimately though, when I really think about my intentions for the night and what I hope to accomplish, the same task is at hand: making my client feel as confident and beautiful as possible. Regardless of whether it’s an in-person red carpet or virtual one at home, the mission is still to bring a chic, exciting moment that’s adapted to the current moment.”

It looks like the idea of “best dressed” will be put on pause in favor of “most creatively dressed.” Since the container has changed, so too must the contents. Even the most stunning of gowns risk falling flat when seen displayed without a step-and-repeat and with ring lights instead of professional lighting. I am, however, reminded of Dakota Johnson’s appearance during a May episode of Jimmy Kimmel Live which saw her wearing Cong Tri Spring 2020 from behind her hedges. It managed to flawlessly straddle glamour and self-deprecation; unattainable and yet hilarious. And therein lies an opportunity.

Unprecedented to say the least, Sunday’s Emmys will go down in history no matter where, either as the blueprint for virtual award show dressing or as an escapist relic of one of the darkest times in history. Either way, no pressure!