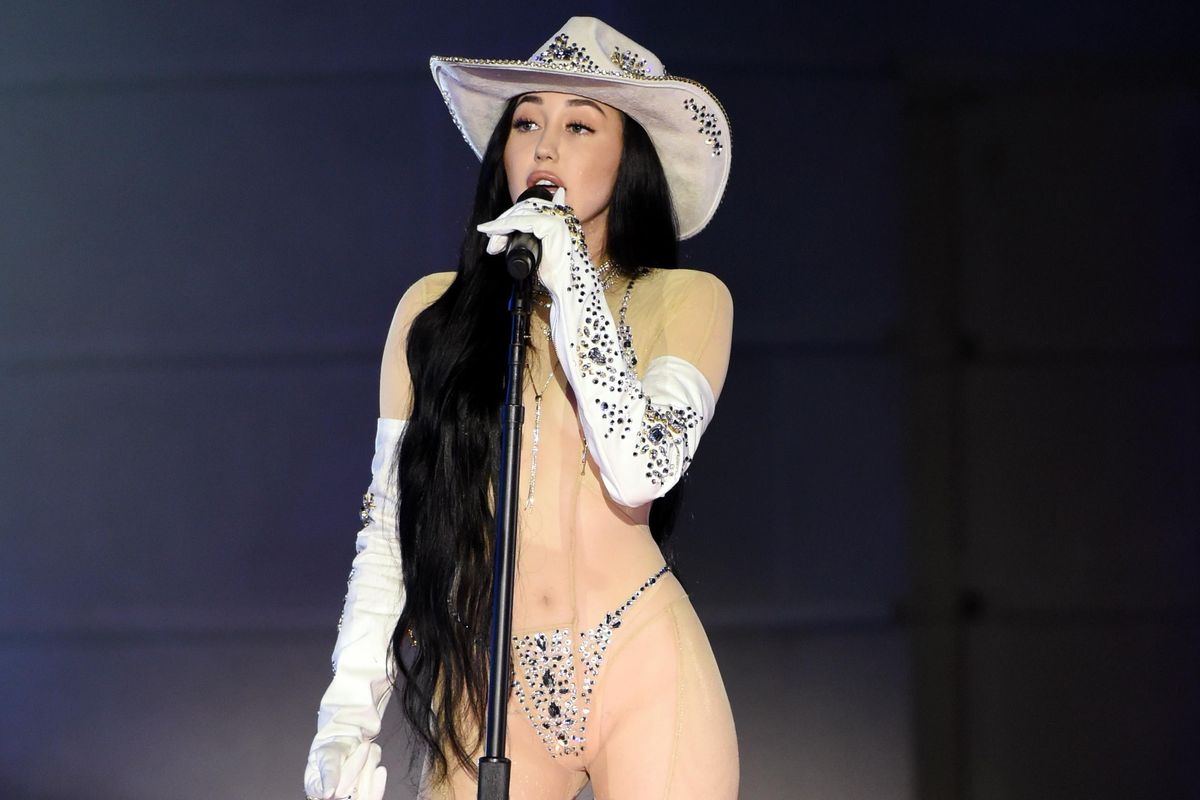 In October, Noah Cyrus caused a frenzy after performing at the CMT Awards in a sheer bodysuit, bedazzled thong and cowboy hat, with many trolls describing her look as “disgusting” and “inappropriate.” (She eventually clapped back in the best way possible.)

In fact, her look was so controversial that it topped this year’s Google list of top trending searches for celebrity outfits, beating out spikes in searches for Lizzo’s basketball game look and the Grammy red carpet looks for Lil Nas X and Billie Eillish.

Phil Gomez, the stylist behind Cyrus’ stage costume, was inspired by Cher, Dolly Parton and the infamous Britney Spears MTV moment, describing the concept as always to disrupt and, of course, “BAWDY.”

“As a visual artist you always hope for some sort reaction,” he tells PAPER. “Working with public figures will always prompt internet trolls but when I saw that the outfit was making headlines on CNN, FOX News and even UK media outlets, that’s when I realized it was something bigger than the typical online feedback.”

The rhinestone bodysuit was commissioned from SAGA NYC founder and designer Sandra Gagalo, who spent hours bedazzling the custom nude look that emulated Cyrus’ song, “This is Us,” with Jimmie Allen. She tells PAPER that her strategically placed crystal thong and triangle bra stood out because it was a commentary on Instagram culture and the fantasy that it brings.

“I focused on a macro vs. micro concept on the piece,” she says. “The macro moment was her looking like she had crystal lingerie floating on her body. The micro element was in the details because my mesh catsuit is tailored to a T. It has dozens of panels sewn together with different opacities. I think that concept brought a multi-dimensionality to her outfit. Overall, she looked like a dream and that was my goal.”

The space cowgirl fantasy was complete with a country-inspired hat and gloves by Brooklyn designer Phallic Cunt. Gagalo acknowledges the internet went wild, but admits she’s cool with it.

“It’s up to us fashion designers to push the collective consciousness towards gender and race equality,” she says. “It’s 2020 and women are allowed to express themselves. We are working through and healing from thousands of years of societal oppression. Noah’s look was empowering. The fact that it was controversial and had people talking about it shows me that I did my job and made some art happen. I think it’s important for our culture to keep evolving.”