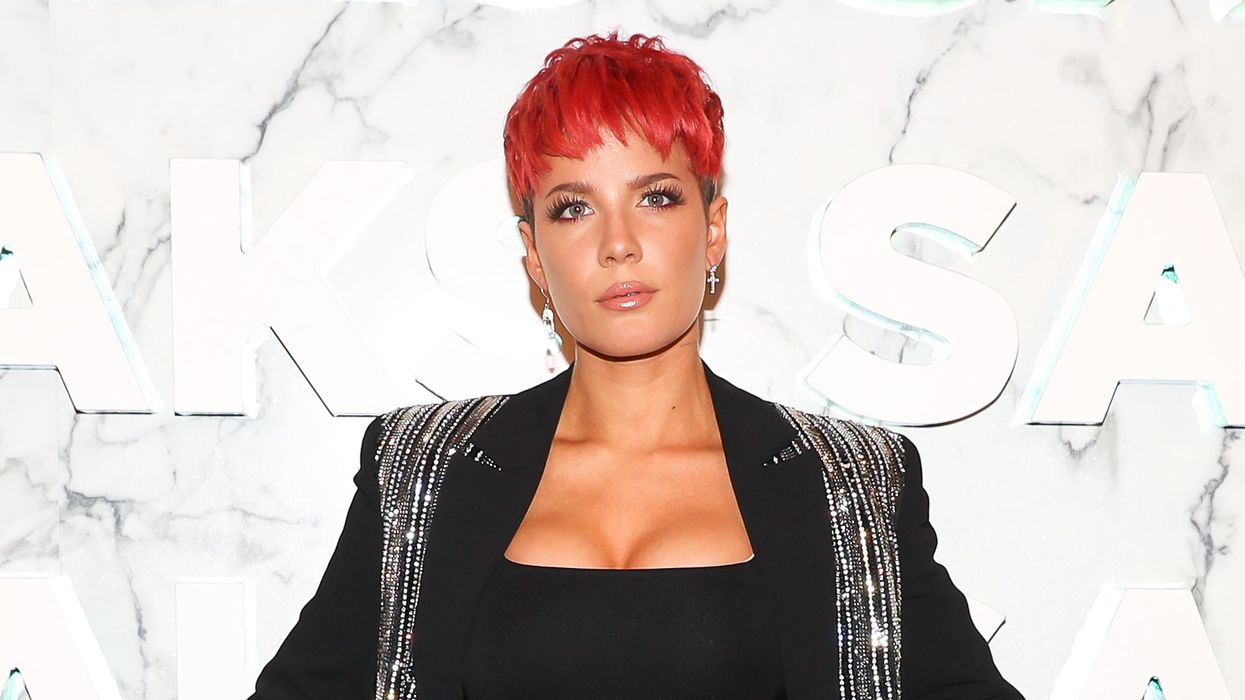 Halsey may be known more for her work as a multi-platinum selling singer/songwriter, but she’s an artist of many talents. She’s been a long-time illustrator and painter and drew the cover for her own New York Times best-selling book of poetry, I Would Leave Me If I Could. She also painted live on Saturday Night Live while singing “Eastside.”

On Friday, she announced on her Instagram Stories that she’s going to be releasing an exclusive art collection with Nifty Gateway beginning March 17th. This is the first time any of Halsey’s visual artwork is available for sale to the public.

The art series is entitled entitled “People Disappear Here.” It features animations of each individual character from the seven characters in one of her original paintings. In the virtual/ digital versions of the artwork, they’re brought to life in 3D and also come with an eerie soundtrack in the background. There’s also an animated version of the complete original painting.

“The characters are all inspired by figures that occurred in a series of sleep paralysis nightmares I had at home during the quarantine,” Halsey said of the collection in a statement. The images draw from very dark themes, though they come out as sort of playful, colorful — albeit kind of creepy — characters. 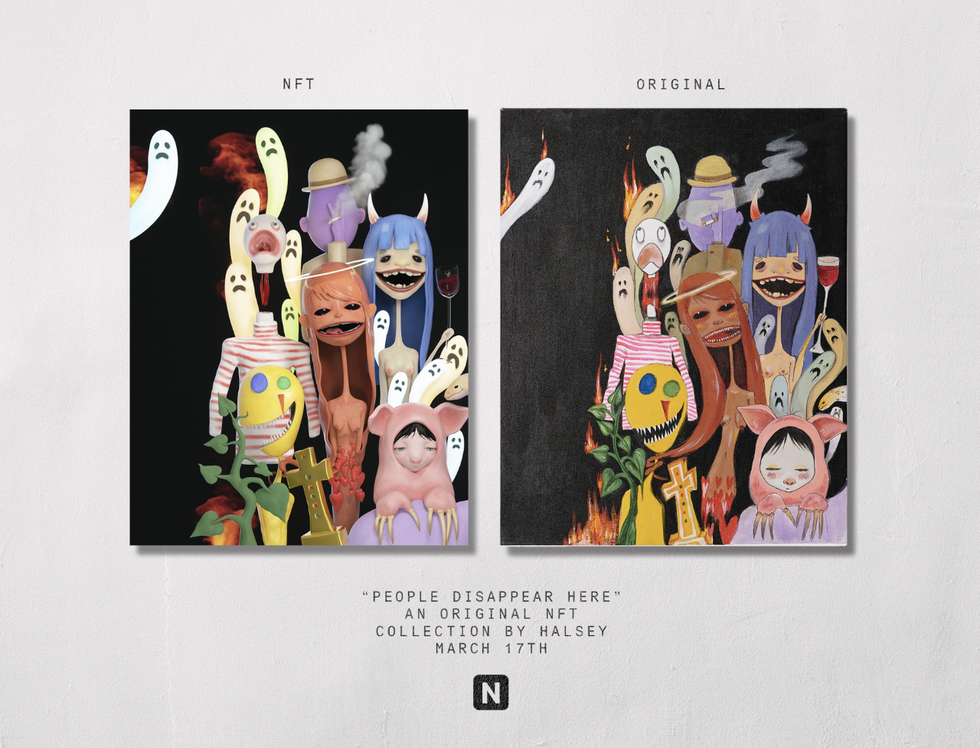 A percentage of the proceeds from the “People Disappear Here” sales are going to be donated to organization, My Friends Place, which is dedicated to helping the homeless youth of Los Angeles. Part of the proceeds will also go to non-government organization Carbon 180, a group that wants to limit carbon emitions.