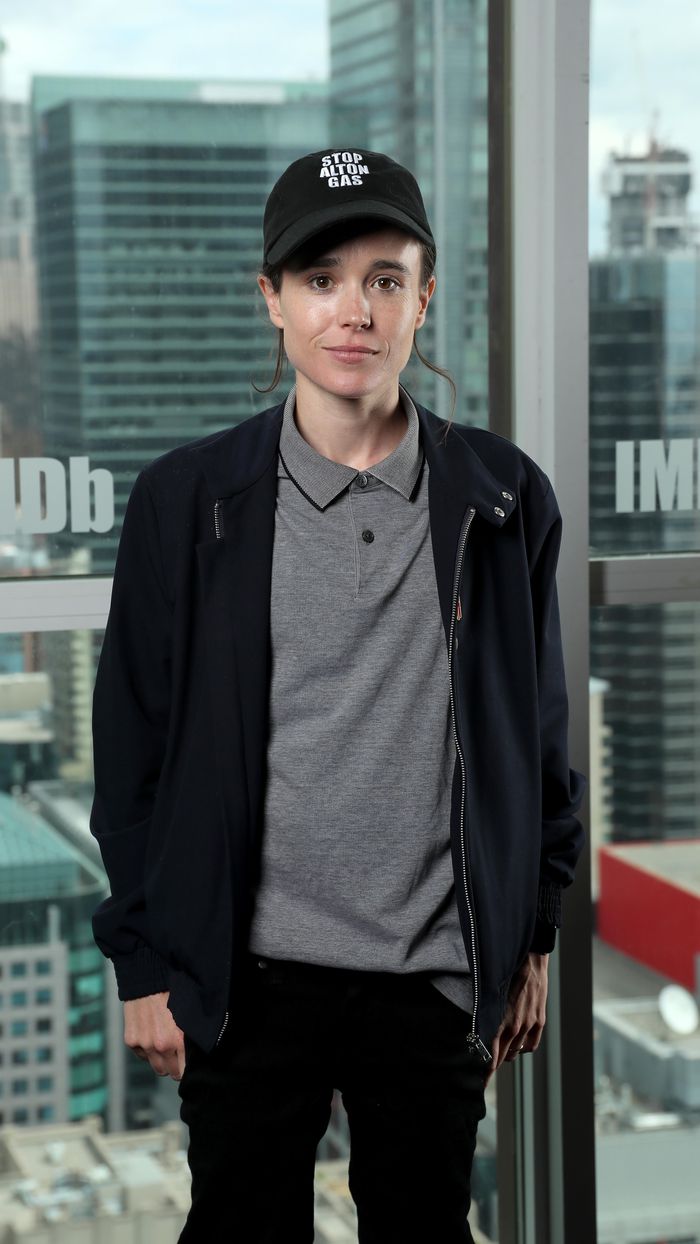 Elliot Page has given his first interview after announcing that he was transgender last December with TIME magazine. In it, he talks about how he wants to use his platform and privileges to help other trans folk who don’t have access to the same resources.

Page’s interview goes deep, covering the inner turmoil he felt while the world saw him presenting a certain way on red carpets. “I just never recognized myself,” he said. “For a long time, I could not even look at a photo of myself.”

Later on, Page discusses how feminine clothing and roles he played led to panic attacks. Even after coming out as gay in 2014, and eventually wearing suits on the red carpet, the depression persisted. “The difference in how I felt before coming out as gay to after was massive,” he said. “But did the discomfort in my body ever go away? No, no, no, no.”

Inspired by trans icons like Laverne Cox and Janet Mock, Page said that his “shame and discomfort” gave way to new understandings. “I was finally able to embrace being transgender and letting myself fully become who I am,” he said.

His announcement was met with both “support and love” and a “massive amount of hatred and transphobia” — which, he said, is what he expected. Page wants to use his privilege to help others that aren’t as fortunate. “My privilege has allowed me to have resources to get through and to be where I am today,” he said, “and of course I want to use that privilege and platform to help in the ways I can.”

Page is already doing exactly what he says. Along with the reveal of the new cover story on Instagram, he urged supporters to join him and protest the anti-trans policies in Alabama by voting against the HB1/SB10 and HB391 bills.

“The Alabama legislature is considering legislation that would make it a felony to provide medically necessary health care to transgender youth,” he wrote. “These bills are opposed by every major medical association in the United States. If passed, these bills will seriously harm youth in Alabama and across the South. I join Alabama organizers, pediatricians, medical associations, civil rights organizations, and businesses in calling on the Alabama House to vote NO on SB1 & HB10. Trans’ kids lives depend on stopping these bills.”

Check out Page’s interview at the link up above.