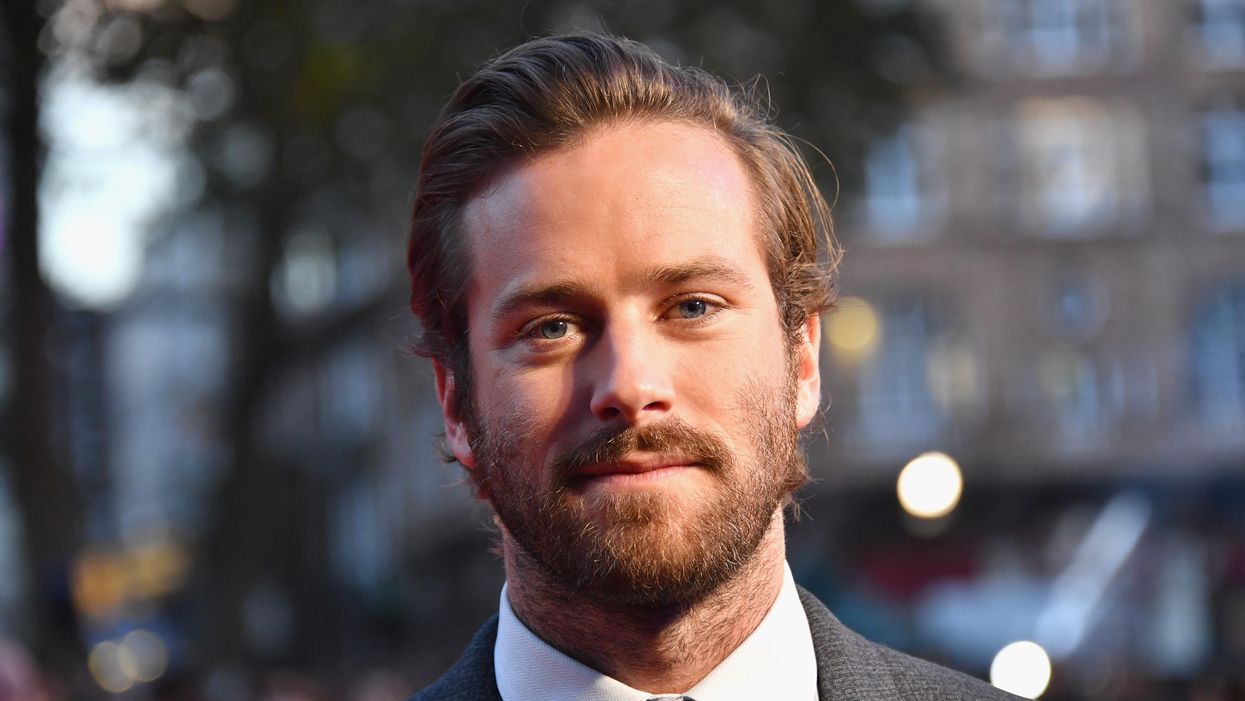 Armie Hammer is currently under investigation by the LAPD for alleged rape.

On Thursday, LAPD officer Drake Madison confirmed to Deadline that Hammer was “the named suspect in an alleged sexual assault investigation initiated on February 3, 2021.”

According to another law enforcement source, the probe is expected to be submitted to LA County District Attorney George Gascón soon, where prosecutors and the sex crimes unit will determine whether there’s enough evidence for criminal charges. If found guilty, Hammer could face up to eight years in prison.

Related | Is Armie Hammer a Cannibal or What?

Earlier today, Effie — who is believed to be the woman behind the anonymous account that initially shared those alleged screenshots — publicly came forward. In a virtual press conference held by her attorney Gloria Allred, Effie accused Hammer of rape and physical abuse during their on-and-off relationship from 2016 to 2020.

“I thought that he was going to kill me,” she said, before alleging that the then-married actor “violently raped me for over four hours in Los Angeles” in 2017.

Effie went on to say that during the encounter, Hammer “repeatedly slapped my head against a wall, bruising my face” and beat her feet “so they would hurt” every time she walked, before leaving “with no concern for my well being.” She also added that “he also committed other acts of violence against me to which I did not consent,” and believed “he was going to kill me.”

Allred said that Effie doesn’t plan to file a civil suit against him, though she did “challenge Armie Hammer to present all, not some, of his communications with Effie to the Los Angeles Police Department and answer all of their questions directly rather than through his lawyers.”

In response to the press conference, Hammer’s lawyer, Andrew Brettler, denied the allegation in a statement which also included “one of [the] hundreds” of supposed text messages exchanged between the two. In the alleged screenshot, Hammer can be seen saying, “I am not going to be able to engage in you in that specific way right now. It never ends well. We can talk and be friends, but I can’t do that.”

“Effie’s own correspondence with Mr. Hammer undermines and refutes her outrageous allegations,” Brettler continued, before adding that their relationship was “completely consensual, discussed and agreed upon in advance.”

Brettler also contended that, “It was never Mr. Hammer’s intention to embarrass or expose [Effie’s] fetishes or kinky sexual desires, but she has now escalated this matter to another level by hiring a civil lawyer to host a public press conference. With the truth on his side, Mr. Hammer welcomes the opportunity to set the record straight.”

Following the publication of the alleged DMs that appear to show Hammer discussing his rape and cannibalism fantasies, two more women came forward with claims that he physically and emotionally abused them. Subsequently, the Call Me By Your Name star was dropped by talent agent WME and his publicist.

In light of the claims, Hammer stepped away from his starring role in the movie Shotgun Wedding before issuing a statement calling the claims “bullshit” and saying that “in light of the vicious and spurious online attacks against me, I cannot in good conscience now leave my children for 4 months to shoot a film in the Dominican Republic.” He was also later taken off the Paramount+ limited series, The Offer.