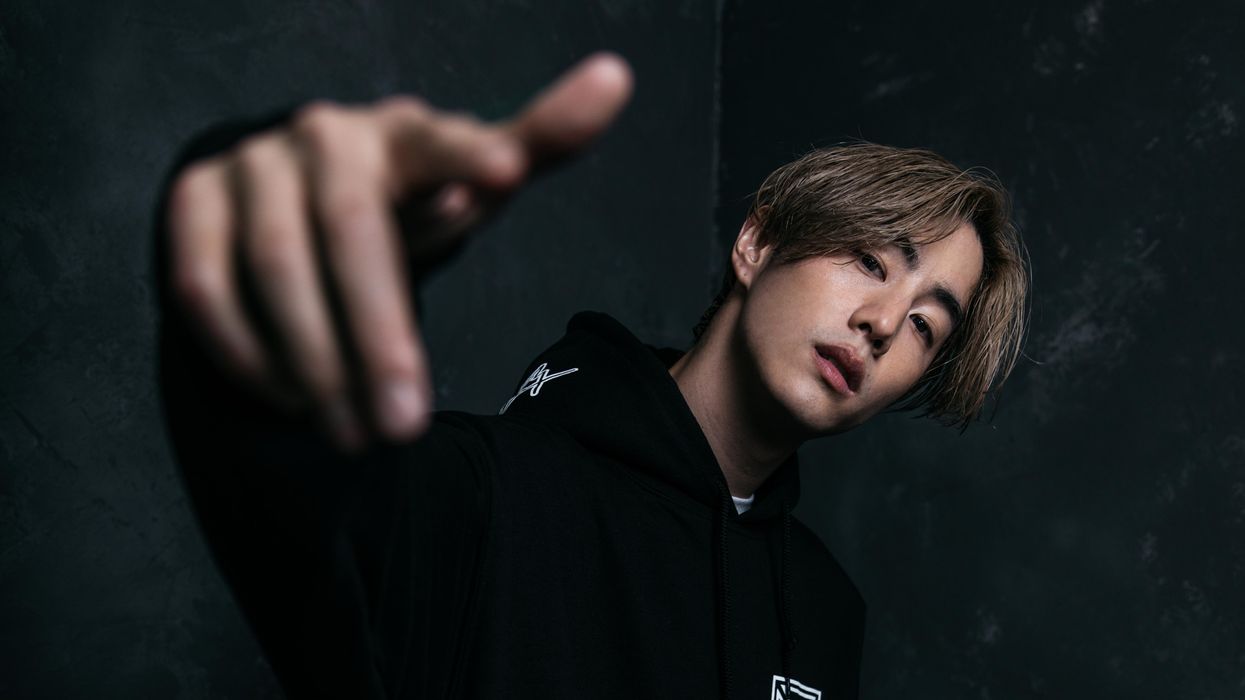 Just a few months from being fresh off the plane and back home in Los Angeles, and already Mark Tuan’s done a lot. He’s got a new single out, a magazine cover, and over 2 million subscribers on YouTube. And he’s just getting started.

The singer has accumulated a huge following over the years as one of the charming and talented members of the K-pop group GOT7. The band isn’t going anywhere and will be working together despite exiting JYP Entertainment, but he’s also ready to forge his own path, grow as an artist, and move forward with his brand. And XC3, his latest streetwear merch drop in partnership with Represent, shows just that.

The XC3 collection, which is a play on Mark’s birth year 1993 — and a trademark for other lines he’s released in the past — just hits different. It’s clear even just from the sharp logo that it’s the welcoming of a new, more sophisticated era. Each of the shirts, hoodies, and joggers all have meaningful statements printed on them, too. 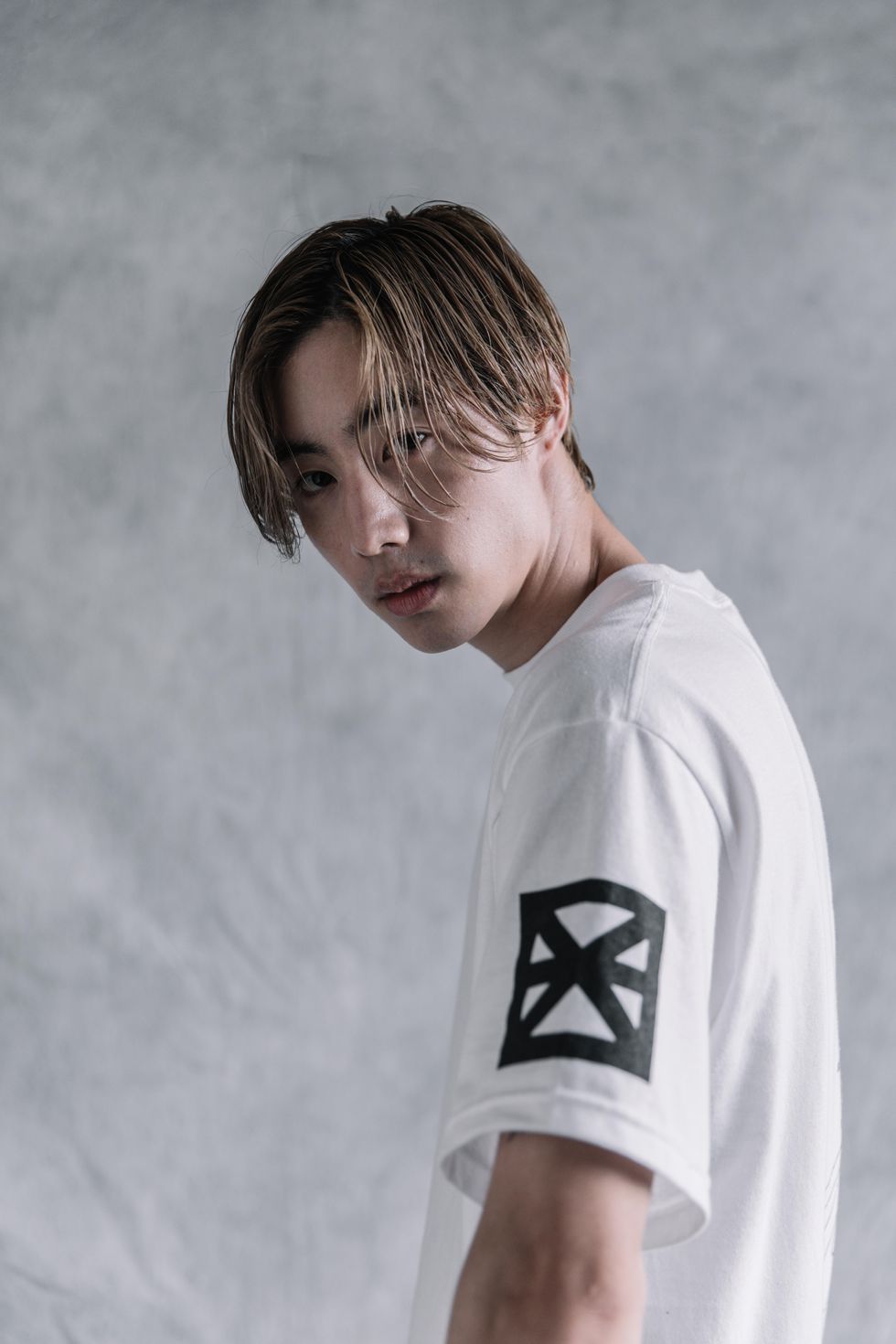 “The passages coincide with where Mark’s career is currently at right now. After leaving JYP, having an opportunity to kind of show his fans his true colors, what really goes inside the mind of Mark Tuan,” Will Chan (also known as Will GYC), the creative director of the line and one of Mark’s best childhood friends, told PAPER. “And so with this drop, he really wanted to put out these messages that make the fans feel like these words of encouragement are coming directly from Mark. It’s very personal and it’s a side of Mark that maybe some of the fans haven’t been able to see prior to this.”

Mark spoke with PAPER about exploring the possibilities as he looks into going further with his fashion, possibly going into acting, more solo music, and an exciting upcoming album. 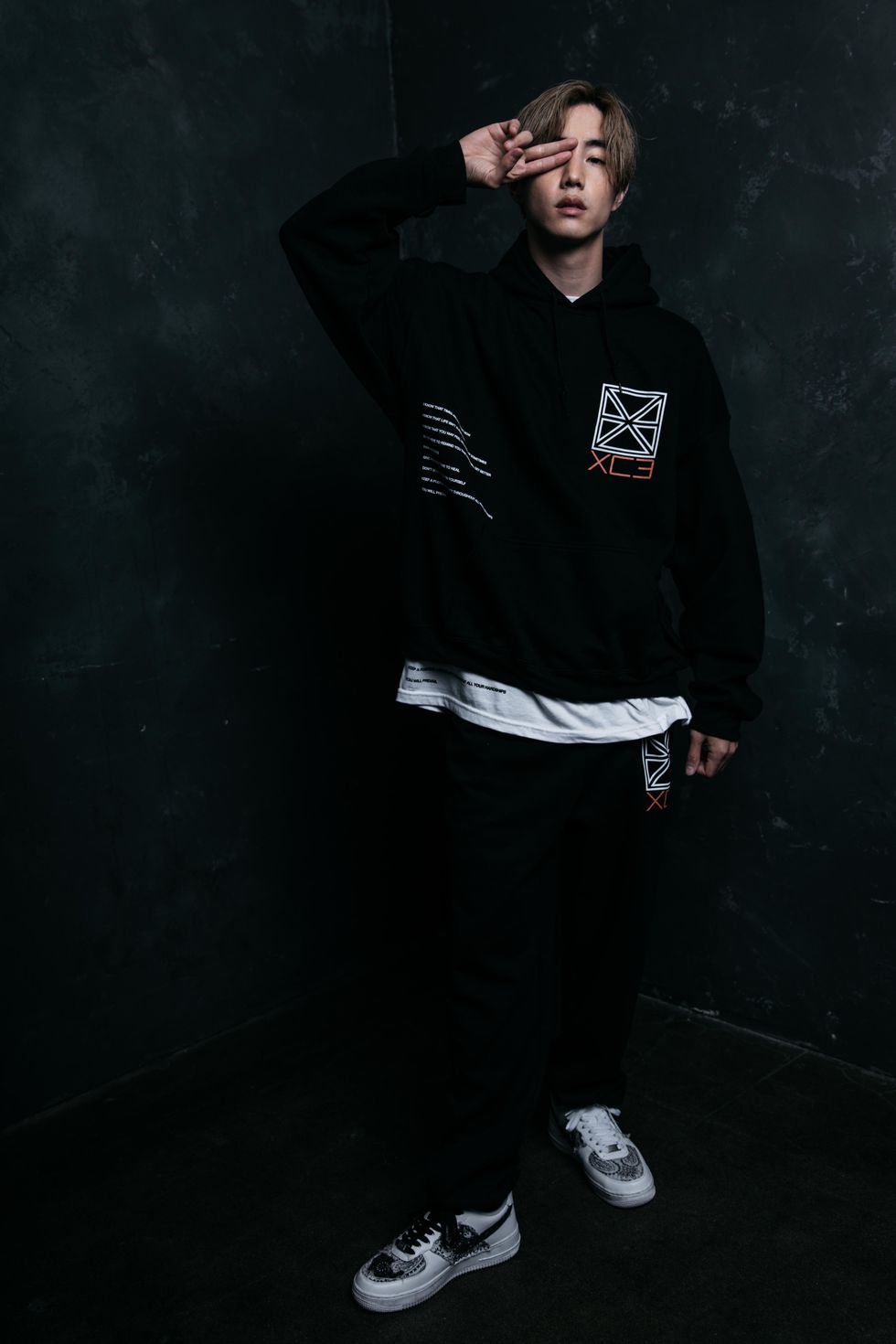 How were you thinking about starting this whole new phase in your life and career?

It was really hard being away from the family. So I think that was one of the biggest reasons why I decided to come back. And I just thought there were a lot of opportunities and a lot of different things I wanted to try. So yeah, I decided to make the big move to come back. But the group is going to be active. The seven of us, we’re still going to be releasing music. But super excited to be able to start my solo career now.

Did you have a rough idea of what you wanted to do when you first went into this?

I think my decisions or my thoughts on things changed like 567 times. It changed every single week. At first, I was like, well, do I really want to keep making music? Is making music, something I want to keep doing? Or do I want to try new things? Maybe I want to try streaming while playing videogames, or just kind of relax a little bit and just record my life, do a YouTube blog channel. And I think the main one right now is music. Now that I’m back here, and starting to meet people, I’m starting to get a feel of what I want to do.

What really drew you to start a solo music career?

It’s just super exciting to be able to meet new people and work with them. And then also what I want to put out for my music is super personal to me right now. So being able to talk about what I want, and letting the fans be able to hear that, I think that’s super exciting. A lot of the songs that we put out as a group, some of them were pretty much our story, but for a lot of it there was a concept behind songs. The songs I’m working on right now are about me and I want the fans to hear what I have to say very much. They’re lyrics that are super meaningful to me.

Can you give a little hint of what themes you’re going to be talking about in the new album?

I want to say I am going to try to put 10 years of what I went through into an album as best as I can. And I want people to also be able to relate to it not just, “Oh, this is about Mark.” But you know, if they hear the song they can relate, whether it be about themselves or about their loved ones, or their family. 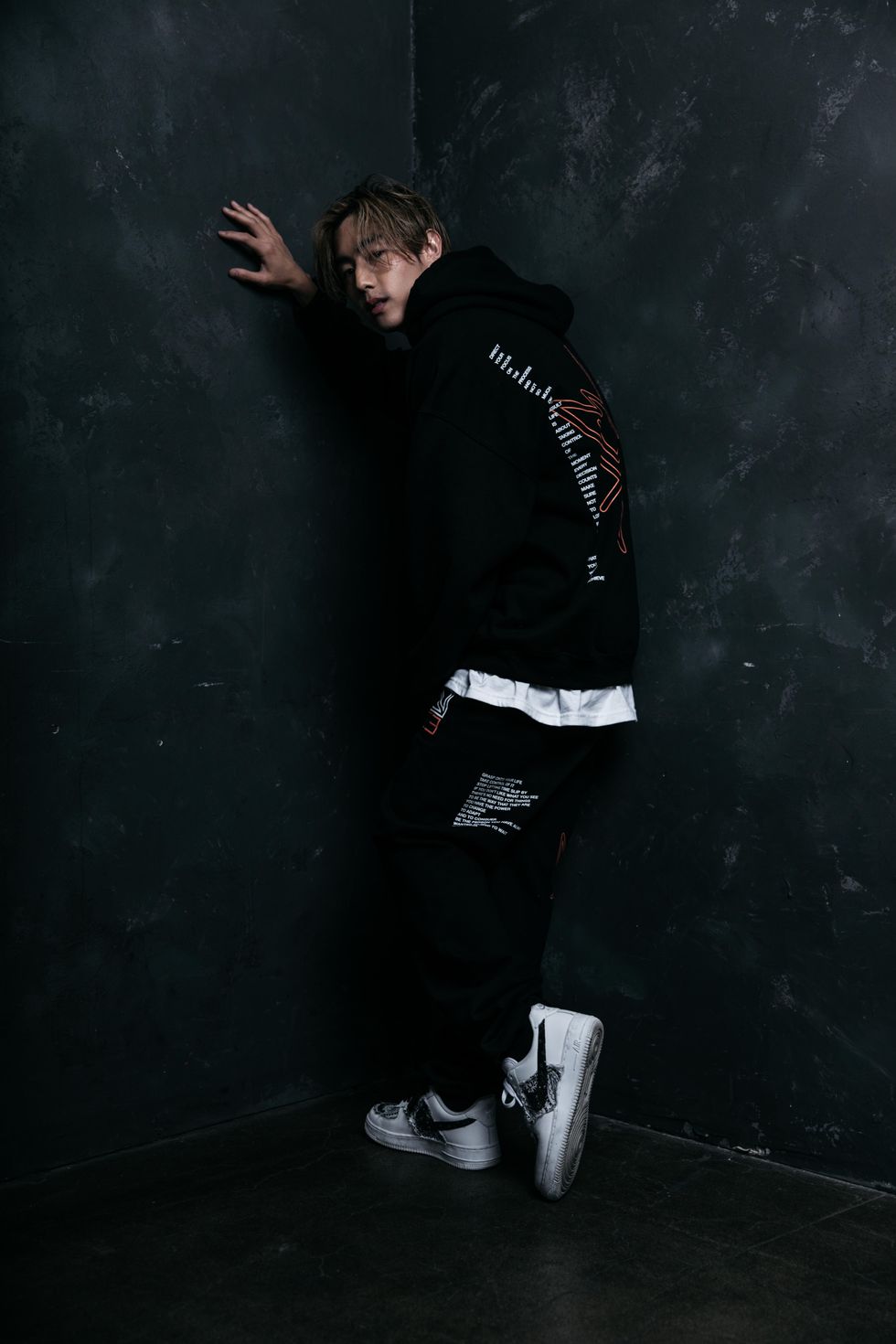 How did the concept for XC3 come about?

I have been working with Represent for two or three years now. And I think every single drop that we release has been getting a lot better. For this drop, particularly, I wanted to try to create a new brand. I didn’t want it to just be a collab with Represent. This drop also means a lot just because right now, I feel like everybody is going through a really tough time because of COVID. So I wanted to put these uplifting and inspirational messages in the design so that people see them, and hopefully make them happier.

I’ve always been really into street fashion. I mean, I really like high-end fashion, too. But I think what attracts me a lot is that a lot of the high-end fashion is bringing a lot of streetwear into it now. So I just wanted to create something that I really like and what I would wear, but also not having it be too much where people would be scared to wear it.

Are you looking forward to working more in the realm of fashion?

I think this collection, this drop isn’t going to be the last. It’s pretty much the beginning of what I want to bring, what I want to show the fans that we’re capable of. We’re going to be working on a lot of better and more quality pieces. With XC3, we’re starting off at a very fundamental streetwear foundation. The crossover of high fashion and streetwear, that’s definitely part of our goal. In the next couple of drops, we’re going to be introducing a lot more sophisticated pieces, a lot more just custom stuff.

What other projects are you looking forward to outside of fashion?

I’m going to start focusing more, a lot more on music for now. But I do want to get into acting. It’s something that I’ve always wanted to try. So who knows, maybe in the future, I’ll make a cameo in something. But yeah, for now, I think I just really want to focus on my music, and have that perfect so when it comes out I don’t disappoint any of the fans.

See all the looks from Mark Tuan and Represent’s XC3 collection in the gallery below. 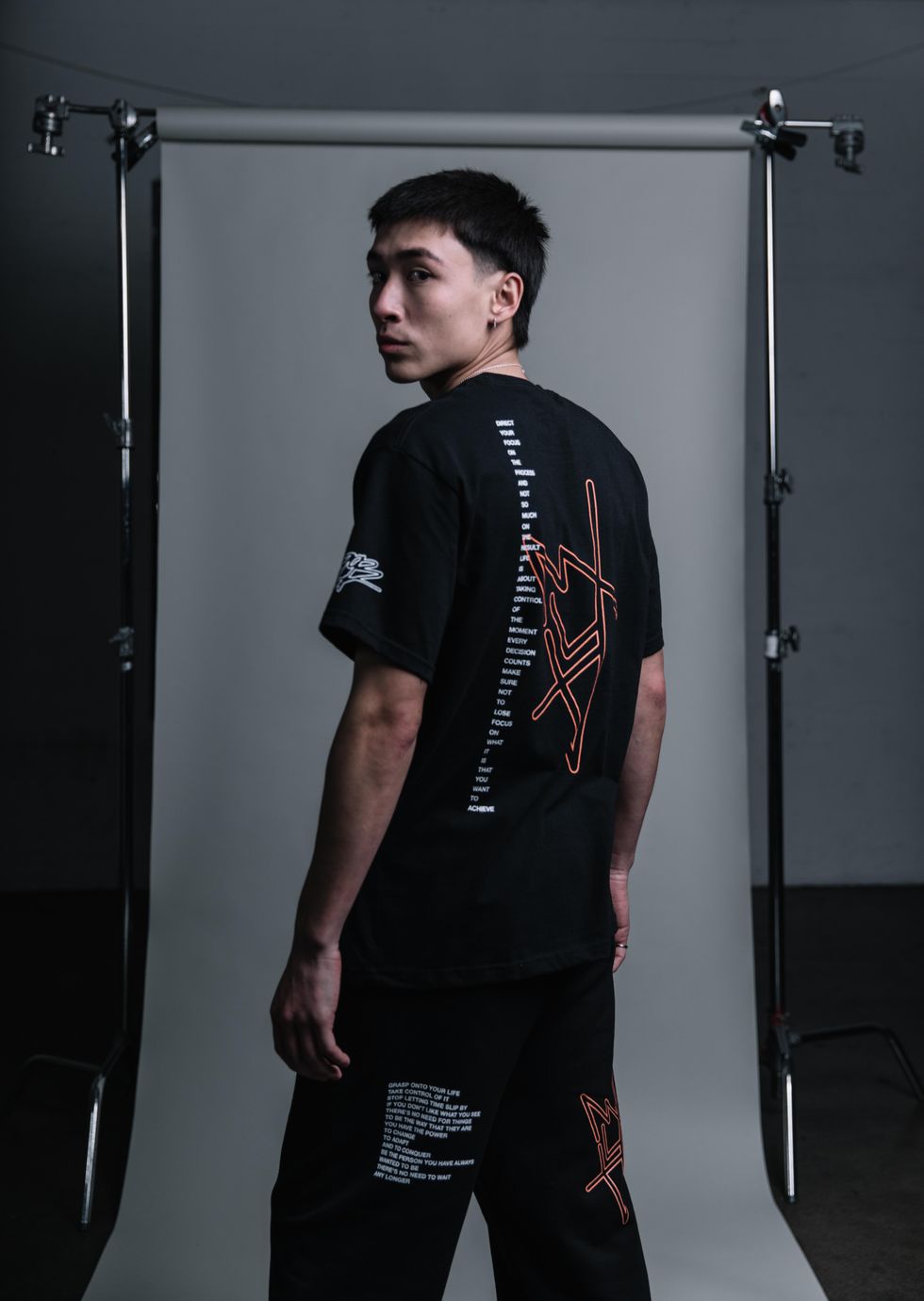 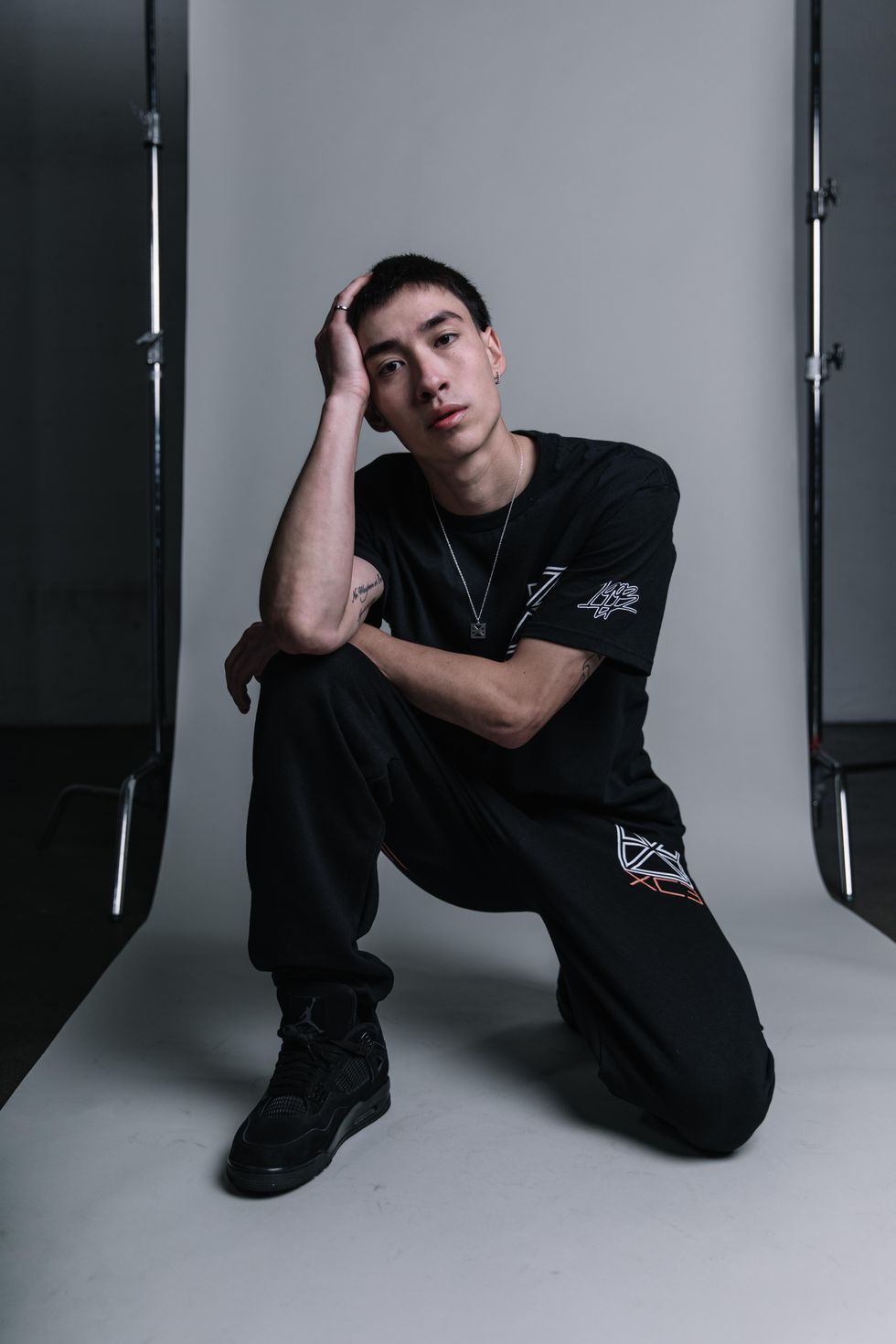 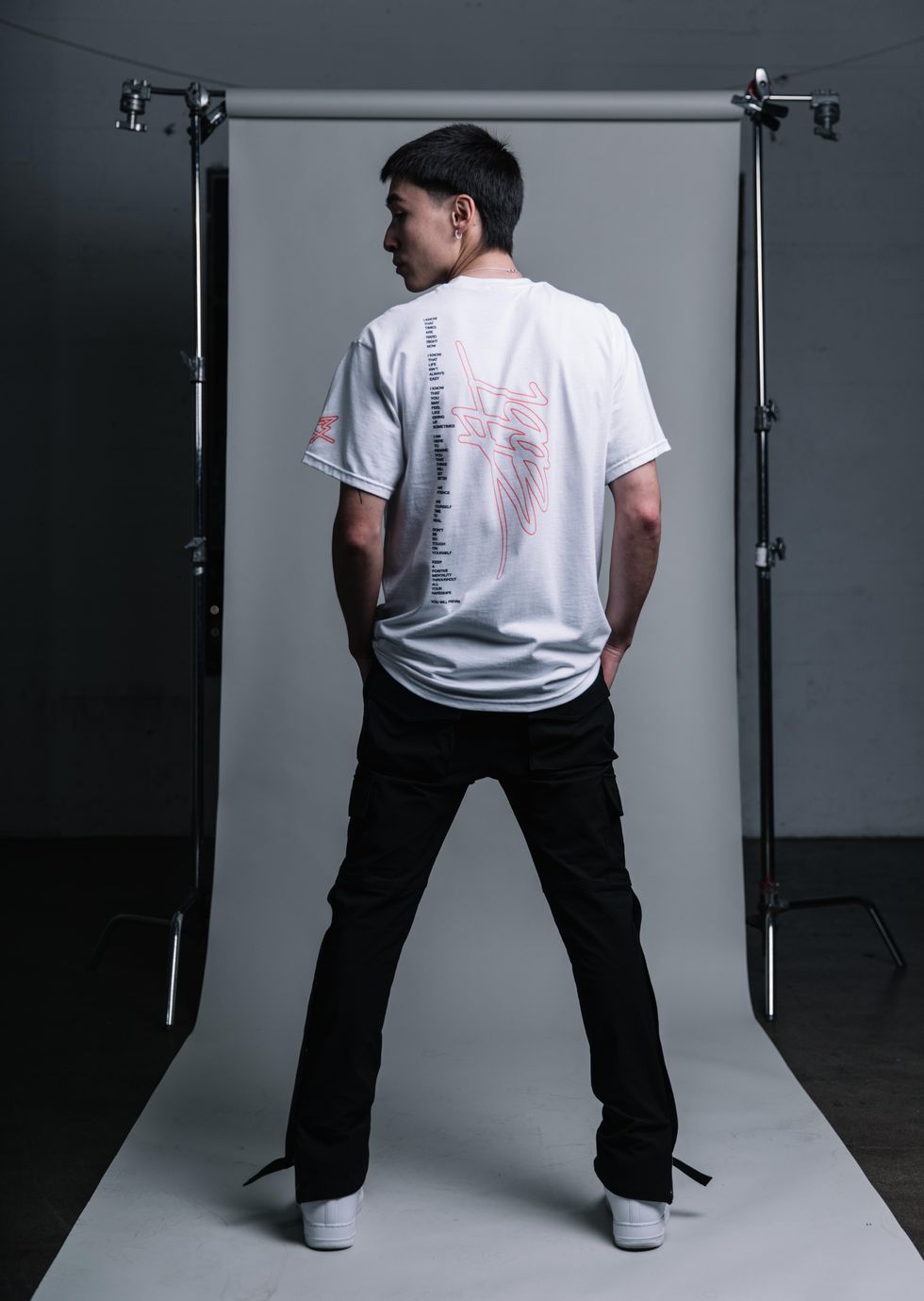 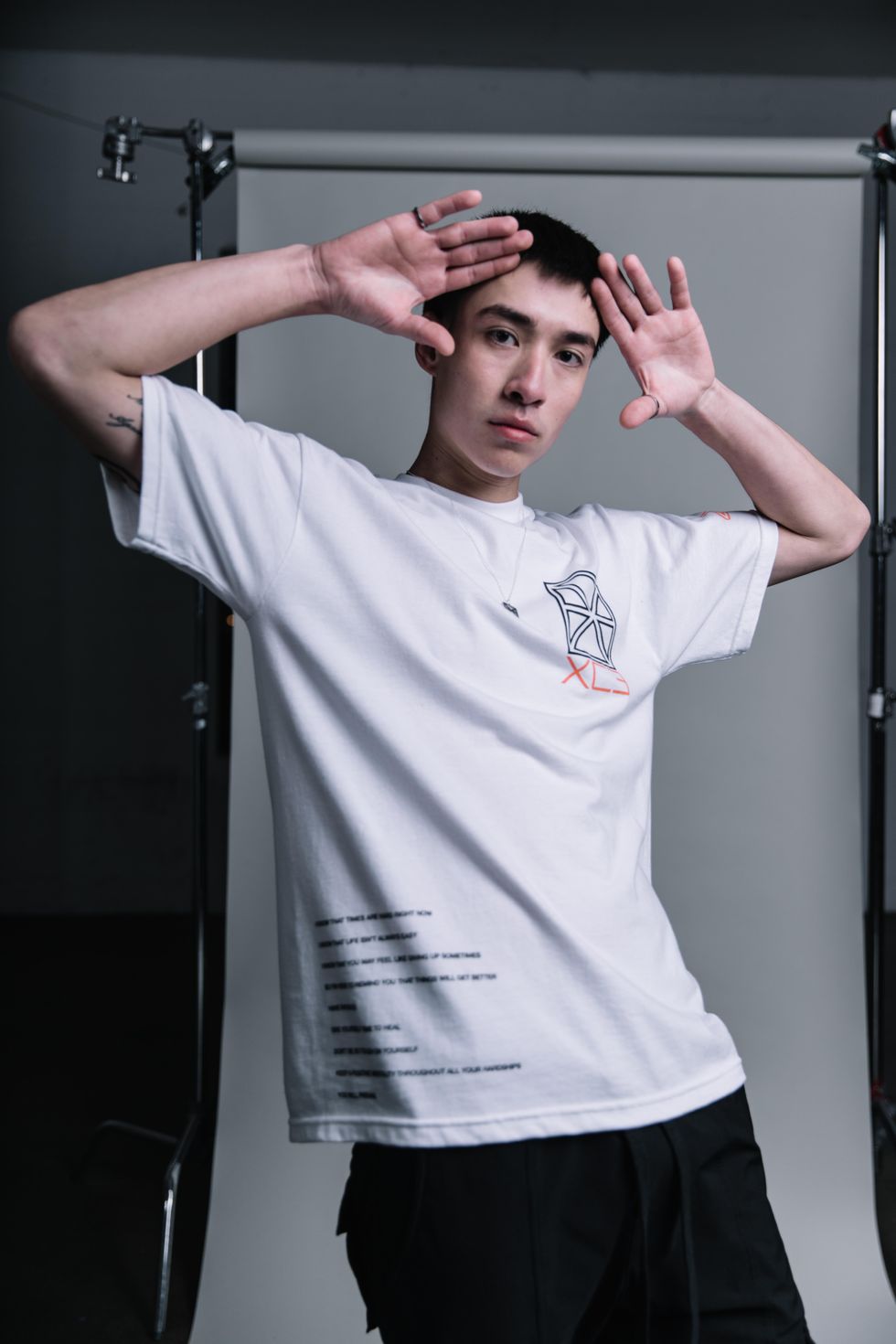 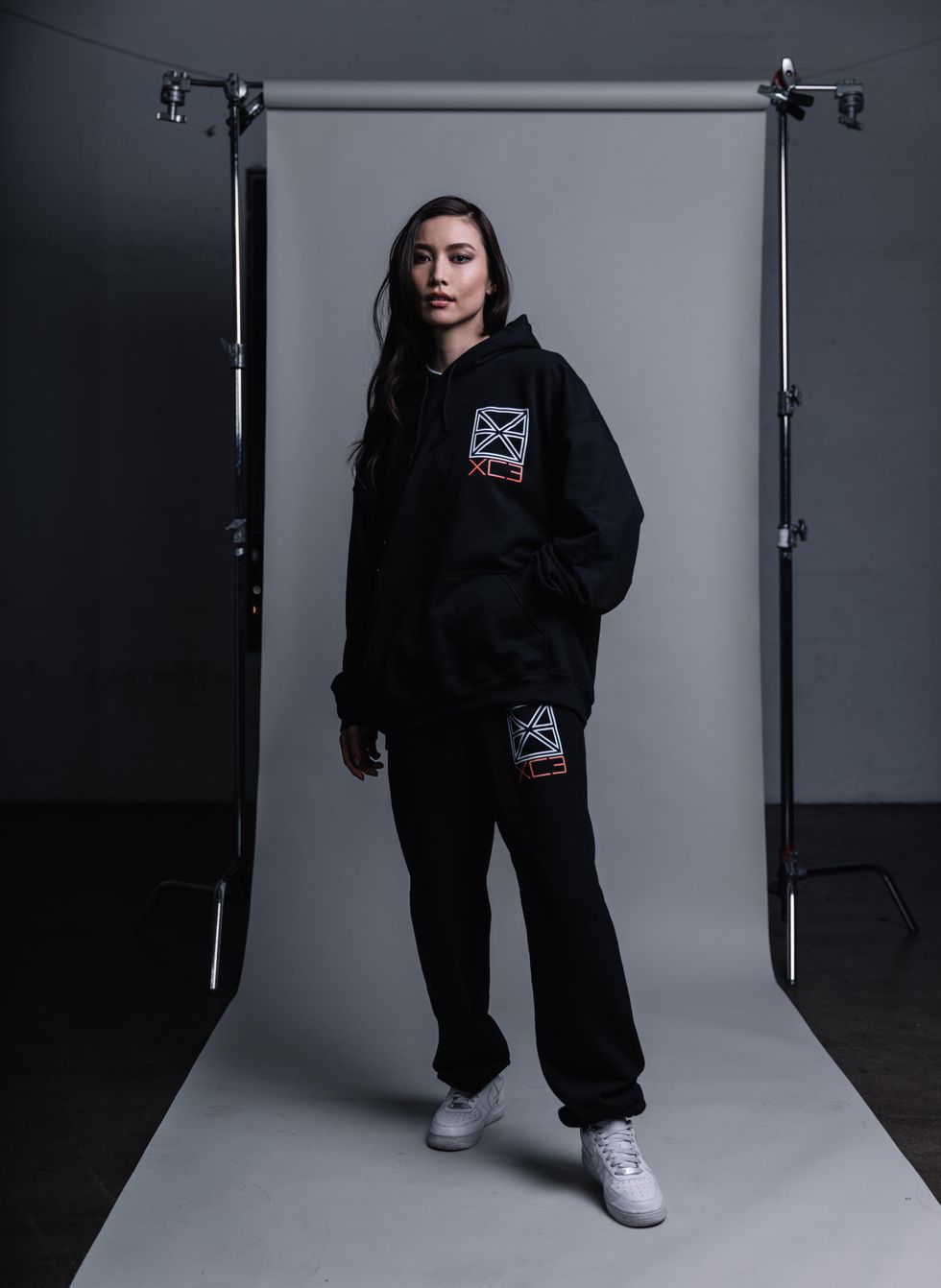 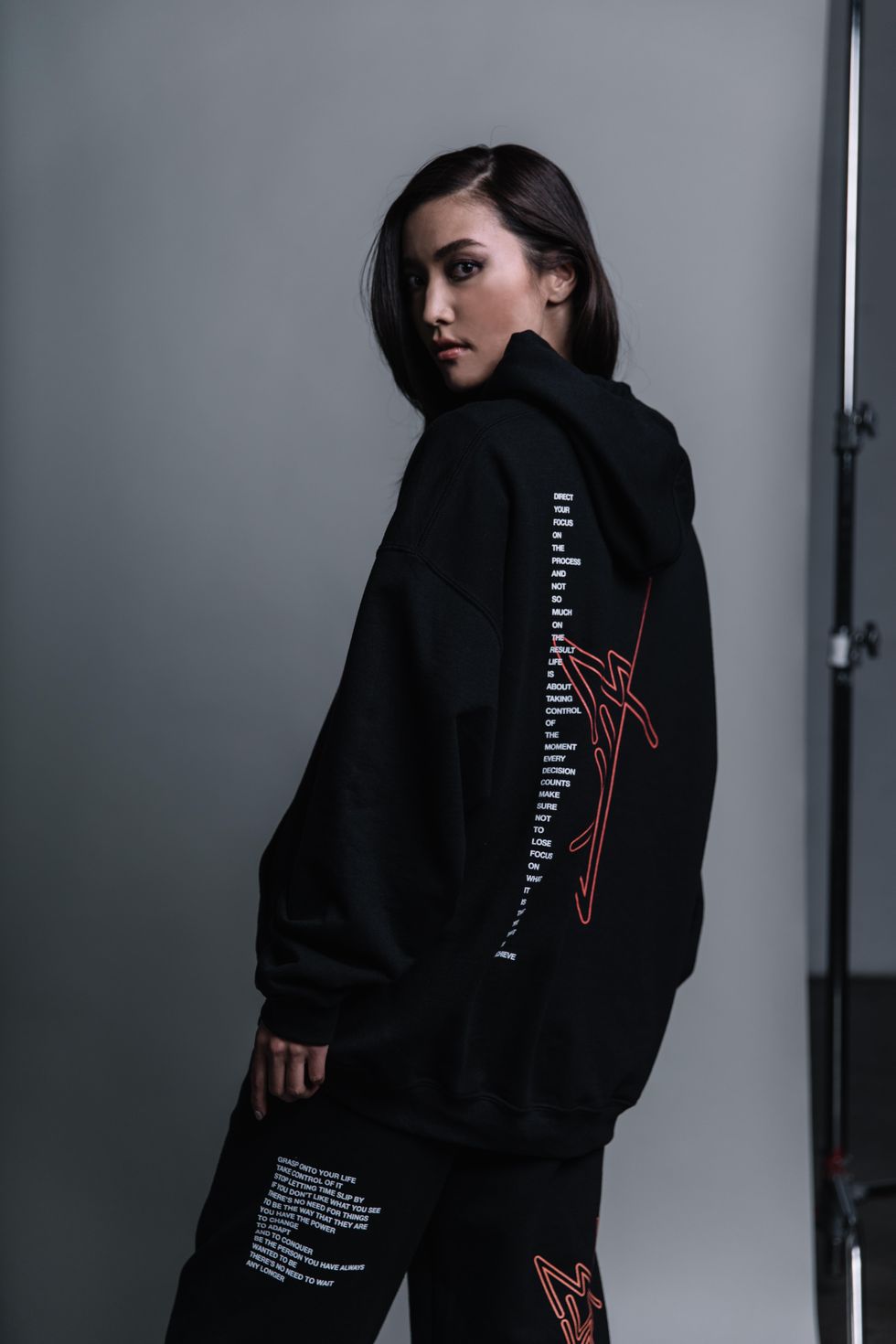 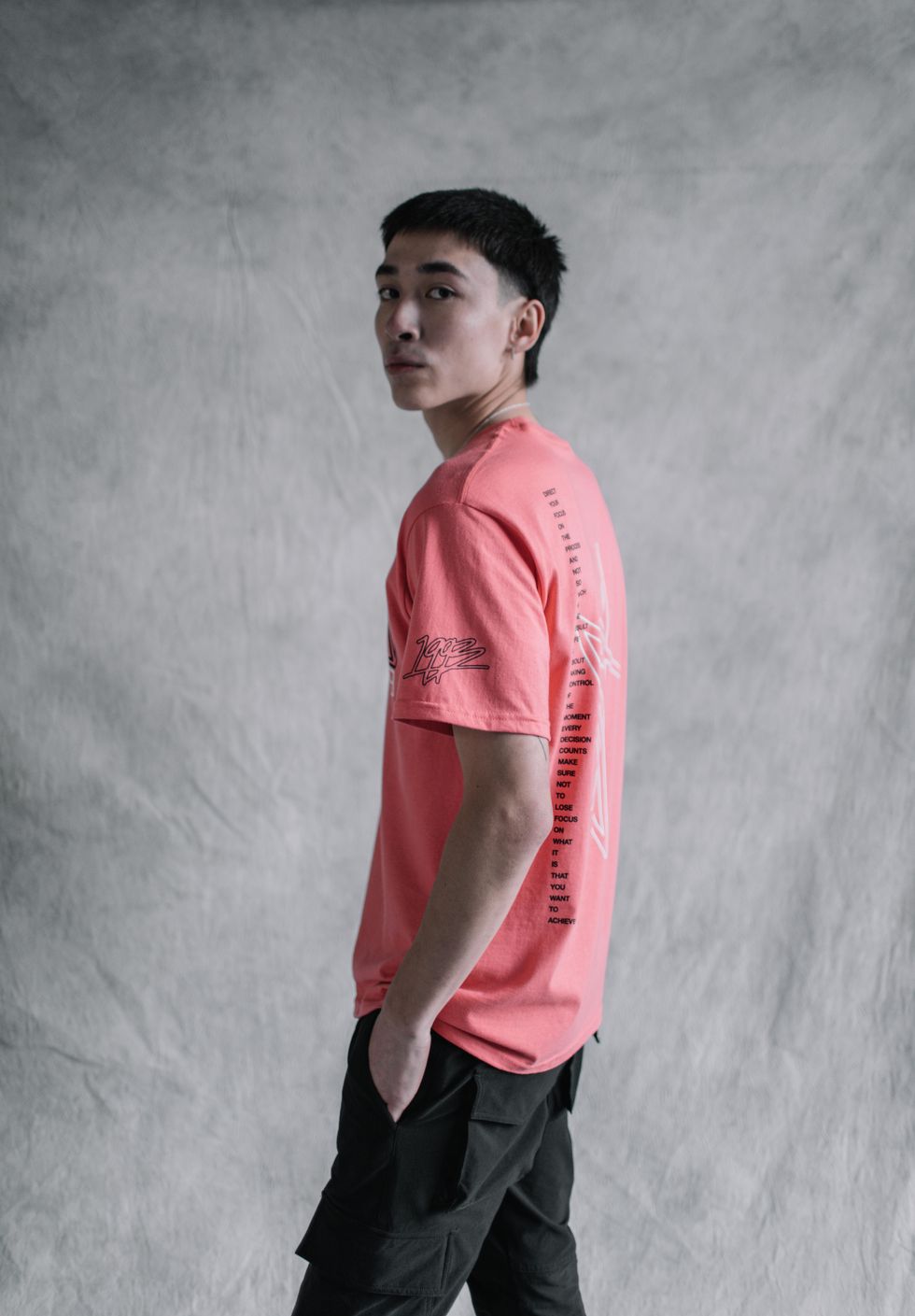 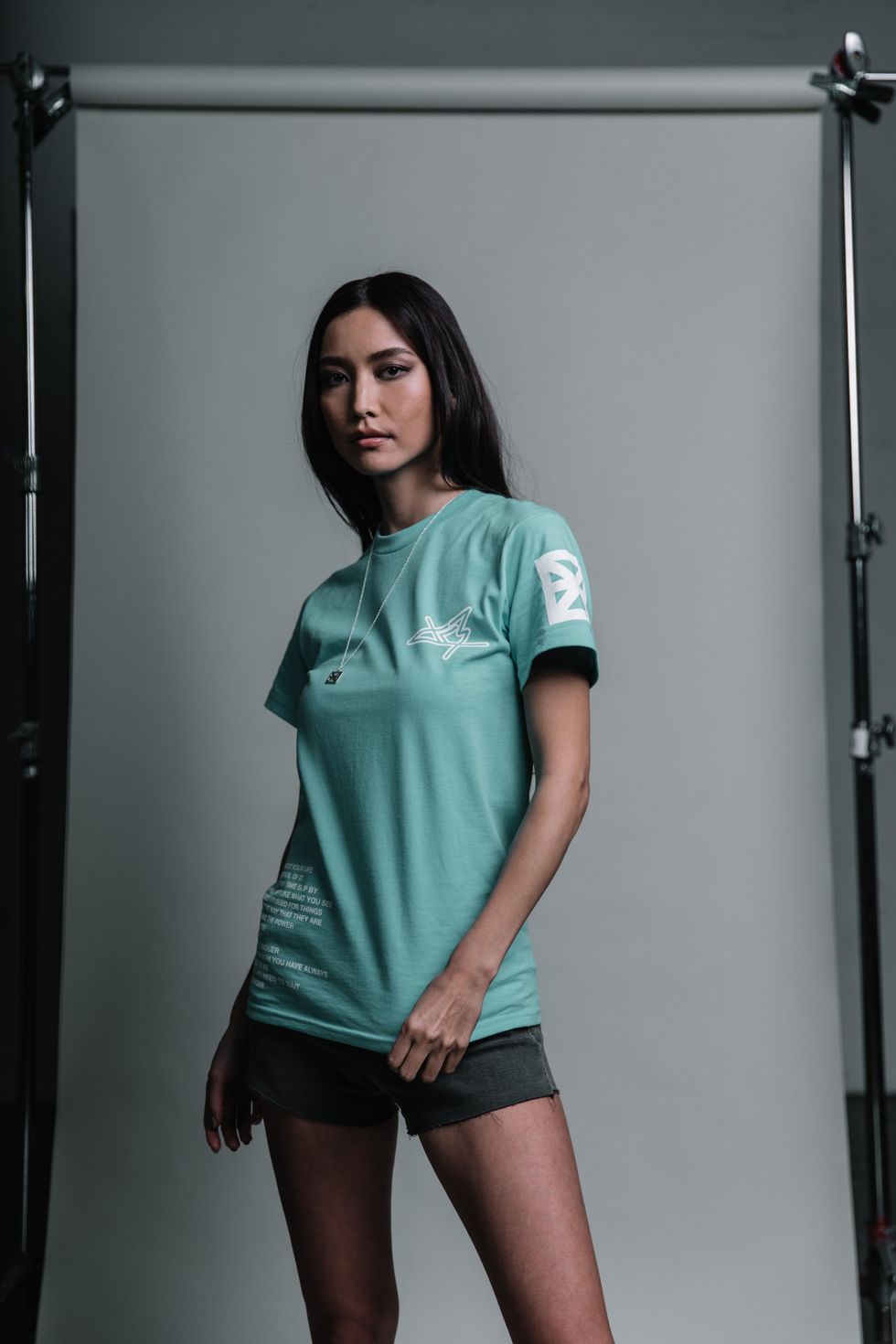 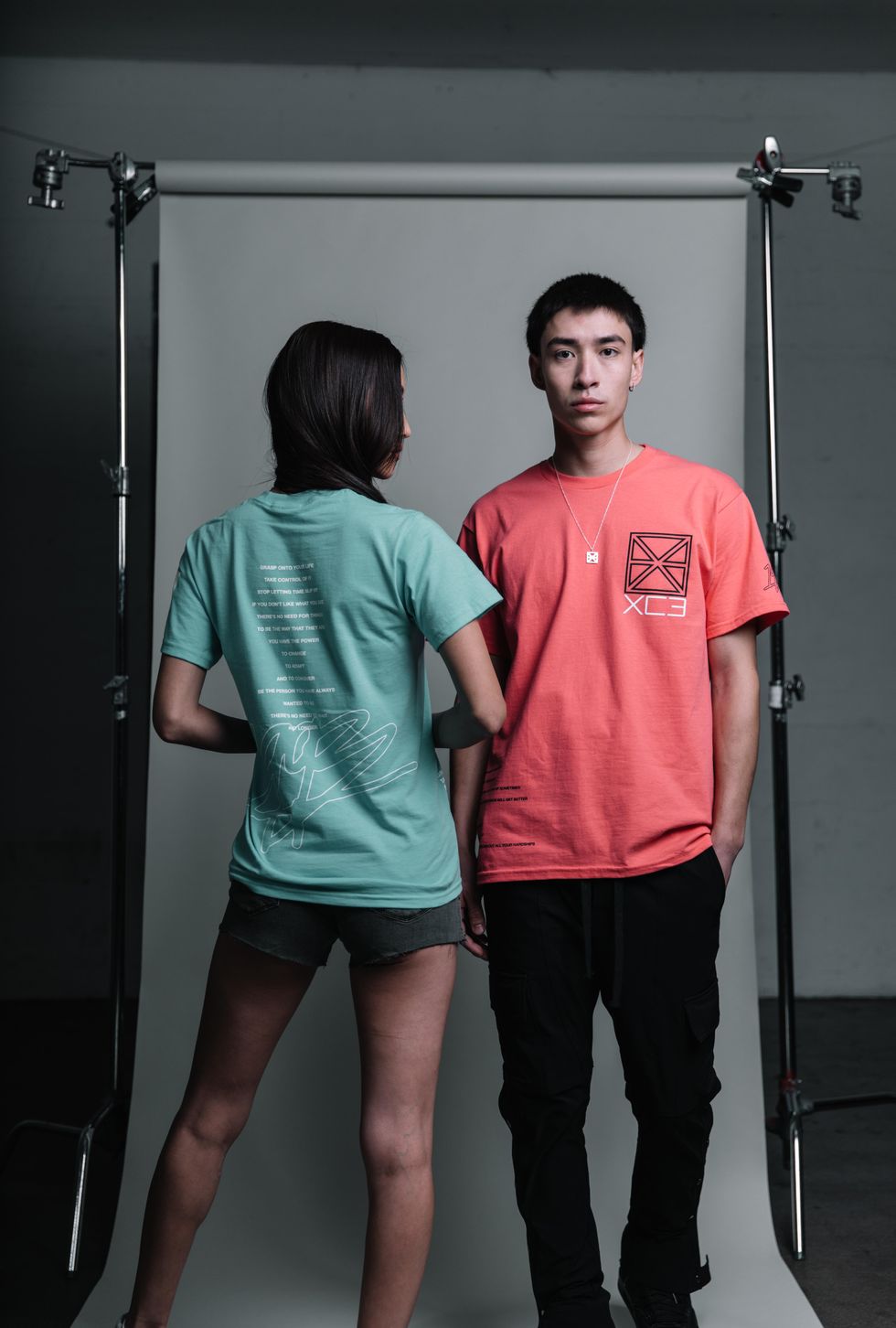 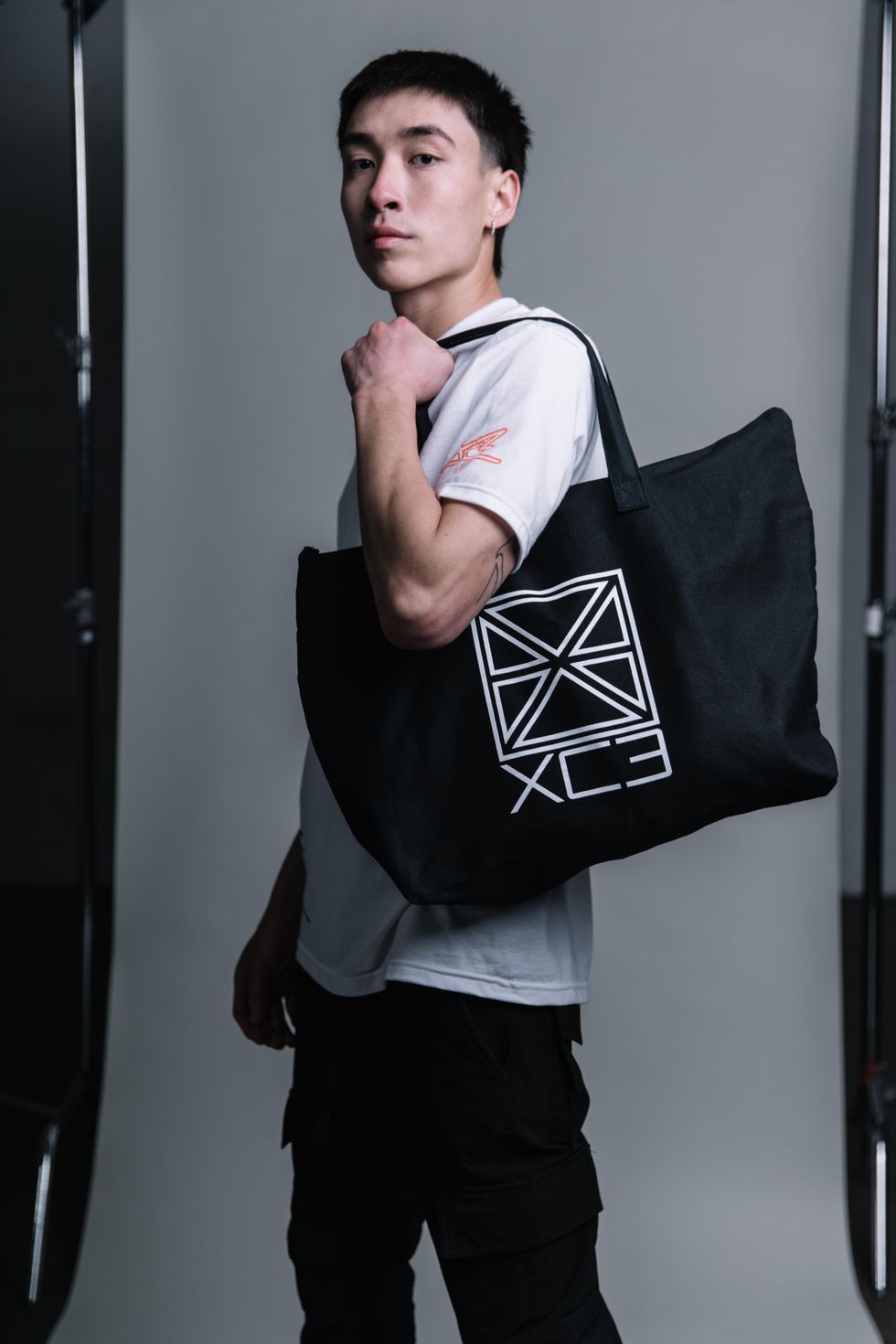