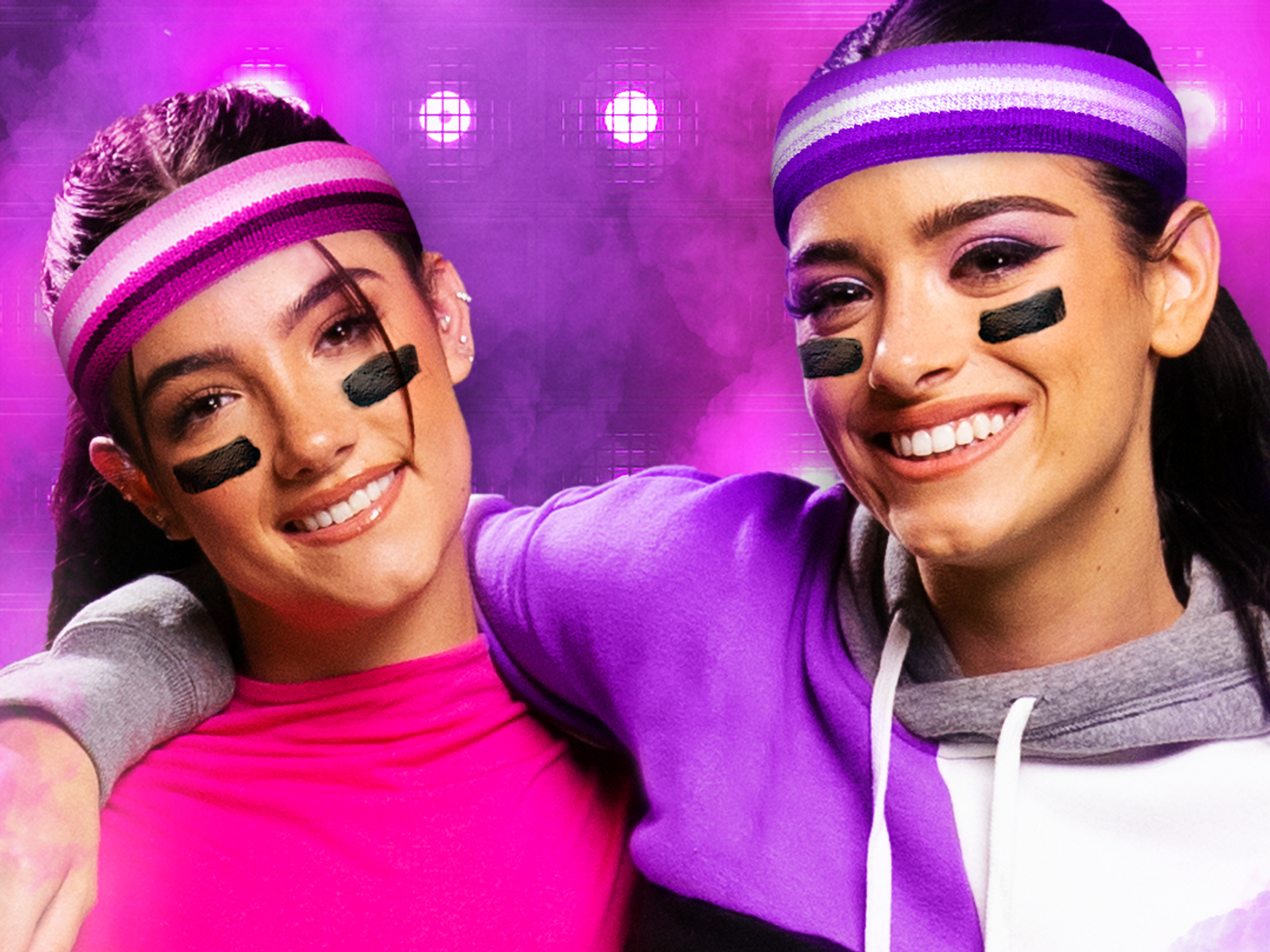 This article is a sponsored collaboration between Snapchat and PAPER

Sibling rivalry — it’s a tale as old as time. And while social media superstars Dixie and Charli D’Amelio have spent much of the last year collaborating, they’re taking a break from partnering up to go head-to-head for a new series on Snapchat.

On Charli Vs. Dixie, the D’Amelio sisters embark on a new sort of family feud, battling it out in a series of silly challenges of epic proportions — they cook pizza for their mom! They learn survival skills! They practice tattooing on an orange! — to win money for a good cause.

In the 10-part series, the sisters call upon a slew of their famous friends for guidance, whether that means decorating custom cakes for Kenzie Ziegler, or designing a gown for a fashion competition judged by Gigi Gorgeous, or lodging dodgeballs alongside fellow TikTok-famous siblings Jack and James Wright. To watch, you can tune in right on your phone — the series, produced by Westbrook Media, is set to debut this Saturday, November 13 on Snapchat.

All their efforts go towards a good cause: the winner of each Charli Vs. Dixie round receives a portion of the $50,000 prize to donate to the charity of their choice, with Dixie playing for the mental health organization Active Minds, and Charli for the United Nations Children’s Fund (UNICEF). But that’s not to say the sisters won’t be ruthless in their quest to victory — in the show’s trailer, when Dixie says, “I wish we could work together,” Charli fires back, “I don’t.” Spicy!

To celebrate the series, press boxes went out to a host of fellow creators, including Netflix’s My Unorthodox Life star Batsheva Haart (who has a younger sister herself, so she knows the vibe), YouTuber and model Brendan Jordan, and TikTok comedian Tiffany Chen, AKA @tchenchilla.

Related | Charli and Dixie Want You to Be Happy

The kits include a pair of Snapchat Ghost-emblazoned, purple-and-yellow tie-dye sweatpants, both #TeamCharli and #TeamDixie hoodies (remember the Team Jolie and Team Aniston tees that Paris and Nicki Hilton wore outside Kitson in 2005? Not not like those), a custom wooden tumbling tower game, and lucite cubes of Sugarfina candies. Essentially, everything one might need to get cozy, tune into the show, and afterwards maybe even start a little in-house rivalry of their own — let’s say, a few high-intensity rounds of tumbling tower, maybe best two out of three, winner wins the candy?

In the meantime, be sure to tune in for the Charli Vs. Dixie premiere on Saturday — and keep an eye out for more press box coverage from creators Seth Sanker, Chrissy Chlapecka, Emmy Hartman, Kenneth Pabon — with new episodes airing every other day through December 1, only on Snapchat.