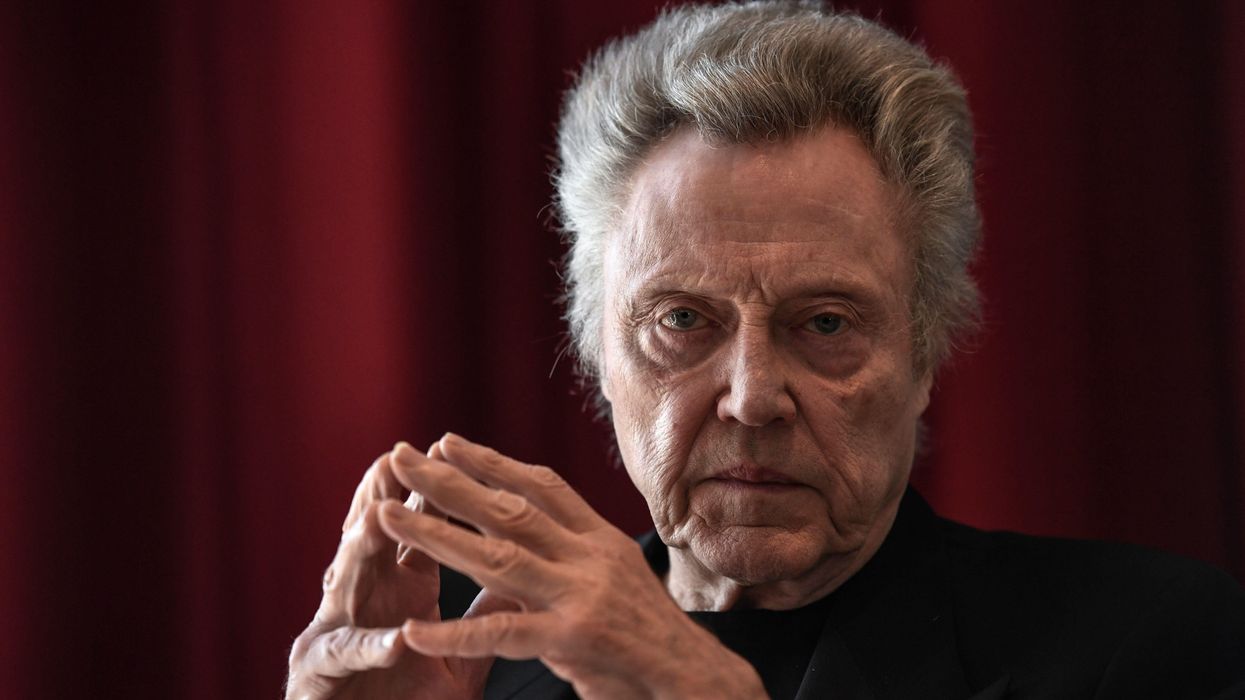 Today in headlines that feel like they’re a glitch in the matrix, beloved film actor Christopher Walken has purposely destroyed an original work by the elusive street artist, Banksy.

Walken was on set of the new BBC comedy-drama series, The Outlaws, filming a scene in the final episode where his character and a group of other outcasts were tasked with repainting a community center when the actor took a roller to one of Banksy’s iconic stenciled rats. If it wasn’t already evident, the whole scenario was entirely scripted.

A spokesperson forThe Outlaws revealed that the creative team behind the show reached out to the artist’s representatives “in the faint hope that he might help them.” Unbeknownst to them, Banksy managed to make a clandestine visit to the set, preserving the artist’s anonymity even to the crew.

“They discovered shortly afterwards that he’d been to the location where they were filming and left something behind,” the spokesperson continued. “They couldn’t believe their luck as he’d painted a giant rat using his hallmark stencilling technique as well as his distinctive signature.”

According to this source, the artwork that appeared in the show was in fact an original Banksy, “and that Christopher Walken painted over that artwork during the filming of this scene, ultimately destroying it.” Apparently, Banksy agreed to gift The Outlaws his work on the condition that it actually be painted over by “his hero Christopher holding the roller.”

This isn’t first time a destroyed Banksy ended up making the work even more valuable. Just last month, a Banksy that was remotely shredded by the artist went for $25.3 million at auction — almost 20 times the original pre-shred price, becoming the most expensive work ever sold by the artist.

The Outlaws is available to watch now on BBC iPlayer.