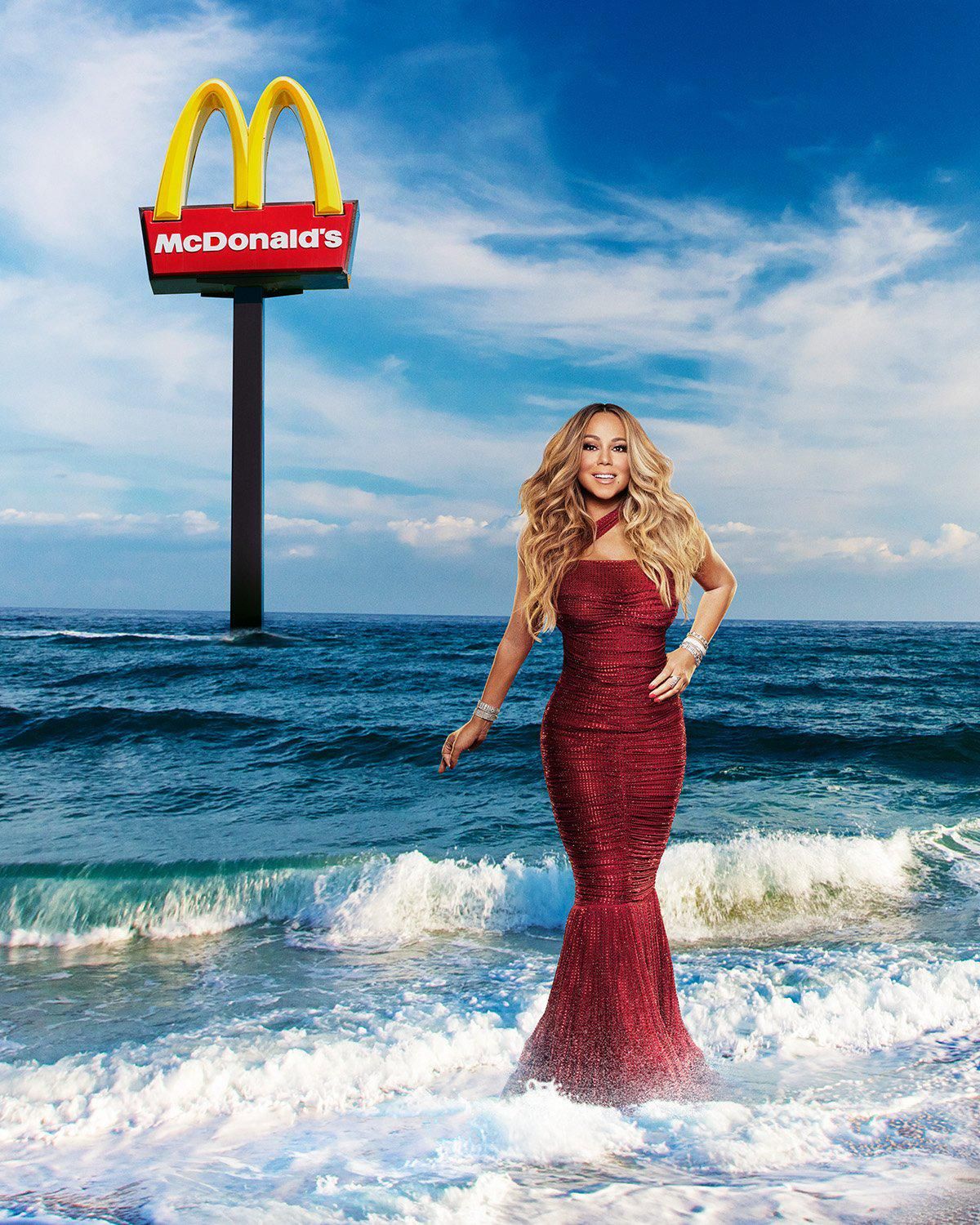 Elvira season is over, but Mariah Carey season has arrived — and this year her unstoppable “All I Want for Christmas” reign arrives with a McDonalds collaboration (following the likes of BTS, Travis Scott, J Balvin and Saweetie).

While the “Mariah Menu” has The Lambily bleating — with 12 days of free food based on Mariah’s apparent favorites — the internet is obsessing over a strangely edited promo photo that’d look apocalyptic if it weren’t for the singer’s perfect smile and tailored ballgown.

“Mariah’s back for the holiday season and this time, she’s bringing a whole menu with her,” writes McDonalds’ social media editor on Twitter, paired alongside an image of Mariah seemingly walking on water with the Golden Arches behind her, surrounded entirely by ocean waves.

The response was immediate: “Is this climate change? Is there a McDonalds in Atlantis? She should’ve been doing promo for Red Lobster.” Of course, the comparisons to Jesus ran wild, as well.

Mariahu2019s back for the holiday season and this time, sheu2019s bringing a whole menu with herpic.twitter.com/loeeSfe6k2

McDonalds, who clearly anticipated this outburst, responded to comments by saying, “Photoshop is my passion,” before claiming that they “stayed up all night” making this image.

photoshop is my passion

i stayed up all night making this

It didn’t take long for Photoshop to also enter the chat, with McDonalds making jokes about “adding layers” to the Big Mac.

brb, gonna ask if we can add layers to the Big Mac

Some fans questioned McDonalds for blowing their budget and having to cut corners on graphics, while others suspected this was in reference to a meme of Mariah descending into the ocean every year after collecting her Christmas coin.

It must be a play on this meme. She’s in on the jokepic.twitter.com/zdY5xFpDcH

And we all remember when Mariah proved she can communicate with dolphins by unleashing that piercing whistle tone.

Like with all editing failures, whether intentional or not, McDonalds and Mariah ultimately drummed up some perfectly chaotic meme fodder for a bird app that knows no peace.

this looks like a dream i would have on ambienpic.twitter.com/ZyuhyY9n76

Starships were meant to fly!