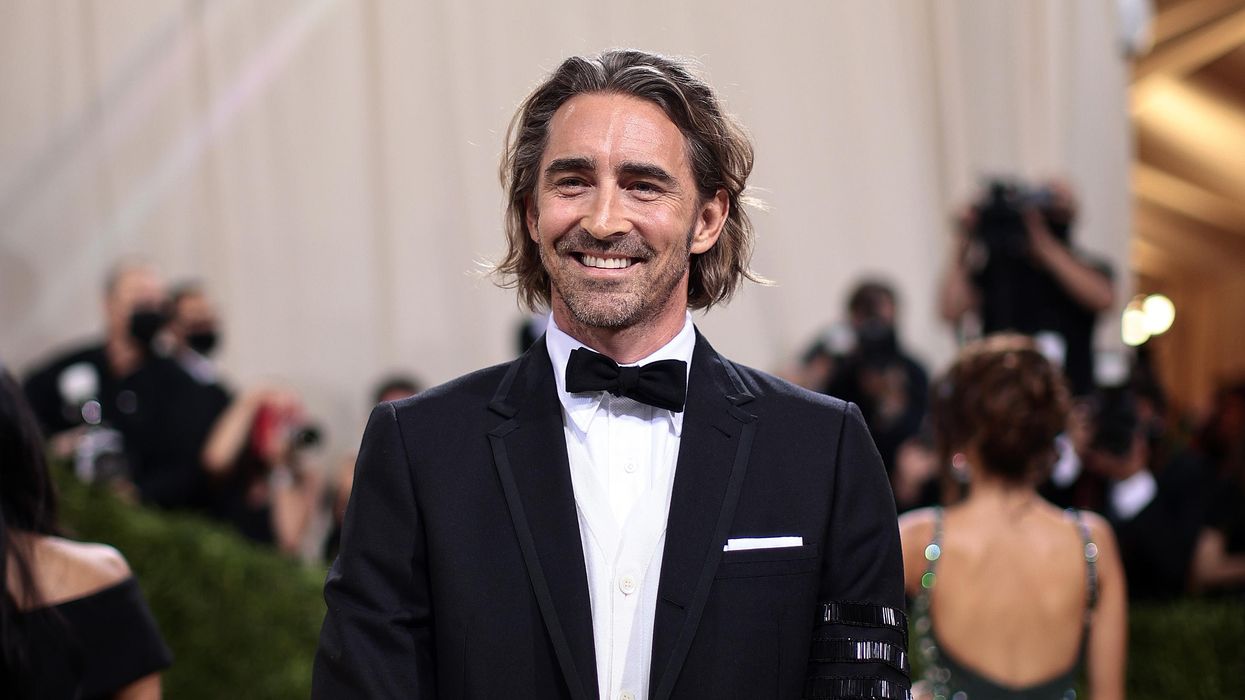 It’s in March, his birthday, but for many of us on the frontlines of the Lee Pace-aissance, an -aissance the likes of which has not been felt since 2017’s Dern-aissance, it’s a phrase we’re meticulously practicing in the lead-up.

Even those living under a rock recognize Pace’s ascent to pop culture mainstay. “lee pace,” tweeted writer Doreen St. Félix early this month receiving thousands of likes for proclaiming with blistering exactness the thing on all of our minds. On November 6, trending next to one another on Twitter: socialism and Lee Pace. A recent admission that he built his own house sent many, myself included, into a panicked frenzy.

The love for Pace is not entirely new. He’s been a beloved cult figure since his back to back breakout roles in Tarsem Singh’s The Fall and on ABC’s Pushing Daisies. He’s got that rare alchemy of both big box office hits (The Twilight Saga, The Hobbit and Guardians of the Galaxy) and critical darlings (Miss Pettigrew Lives for a Day, A Single Man, and Halt and Catch Fire), while being able to maintain the necessary enigmatic appeal to hold true intrigue.

“I believe very firmly that my work is the reason we’re talking, and my personal life is something I want to protect,” he told the New York Times in 2018. But if recent attention around him, spurred by his own visibility, is any indication, the door might be ajar — even if it remains not fully open.

So what fueled the recent Pace-aissance? I’d look to September 30, 2018 as the core of the onion. On that day, the same day in which then-one term, twice impeached former President Donald Trump said he “fell in love” with Kim Jong Un, Pace, a relatively recluse on social media, posted a shirtless selfie of him at the bow of a small boat. Big man; small boat. We’d gotten three shirtless photos posted previously, but this one with it’s subtle “come up and see me some time” vibe immediately caught the attention of many. There was also a noticeable bulge in his short, a bulge that did not go unrecognized by gay twitter. “Is today the day that we finally acknowledge that that’s not Lee Pace’s VPL, it’s just a real nice trick of light?” one Twitter user asked. Crickets.

On April 7, 2019, the same day as the Real Housewives of Atlanta Season 11: Reunion Part 1 aired, Pace dropped a photo on his Instagram from a recent Interview Magazine shoot. Shirtless, Pace wore a Saint Laurent jacket over another jacket, a Calvin Klein one. The reviews flowed in quickly, like shoppers stampeding the retail doors on Black Friday: Talented, brilliant, incredible, amazing, show stopping, spectacular, never the same, totally unique, completely not ever been done before.

From there, we were pretty much off to the races with a formula that has since become quite predictable: wash, rinse, repeat. Wash: Pace posts a photo online, sometimes selfie, other times editorial. Rinse: The internet salivates. Repeat: It happens again.

As of late, that now-dependable cycle has increased in velocity thanks to the actor, who measures 77 inches from plantar fascia to crown, receiving rave reviews for his performance on Apple TV’s Foundation. “Magnetic.” “Campy and playful.” “Absolutely perfect.” Some pointed out the way he says words. “Pace’s ability to wield phrases from ‘starbridge’ to ‘mausoleum of calculus’ with his own particular gravitas becomes a key special effect all its own,” wrote Indiewire’s Steve Greene. While others pointed out his towering physicality. “At the end of the day, you made a show that features Lee Pace swanning around in an open robe,” NPR’s Glenn Weldon keenly observed on NPR’s Pop Culture Happy Hour. “Ooh wee, so fine,” responded his co-host Joelle Monique. Later, Weldon added: “I love the way this show looks. And I’m not just talking about Lee Pace’s torso.”

And as is to be expected, we’ve gotten a press tour to boot. There’s been late night appearances, like the Late Late Show with James Corden, in which Pace’s visible hip bone softly protruding out of his burnt orange silk faille trousers sent shockwaves through the social media-verse. Perhaps more impactful has been the bevvy of editorial shoots his benevolent granted us: Esquire Magazine, Man About Town UK and The Cut.

What is it about this man, outside of his oversized talents and towering height? “For me, looking at Lee Pace is staring into the face of the sublime,” says writer Alex Abad-Santos who, like me, has a proclivity for Pace’s Pace-ishness. “Like the first time I went to Big Sur, my brain couldn’t comprehend the beauty of jagged, rock plunging into Pacific saltwater. That’s how I feel when I see Lee Pace. The same way you wouldn’t want to ruin Big Sur by installing a strip mall on one of the lookouts, is how I feel about the idea of my mortal, aggressively human body pressing up against his. He’s too handsome! Too tall. Too golden! Did you see he built an entire house with his hands? Did you see that sock garter he wore?”

Oh right! I completely forgot about the Met Gala, in which Pace stepped out in a black three-ply mohair jacket with grosgrain tipping with four-bar stripes in shiny black lovebird beads, along with a matching black tuxedo short and white pique shirt, white cashmere vest and, as Abad alluded, black grosgrain garters. Certifiably an “I remember where I was the day I saw the Lee Pace 2021 Met Gala photos” moment.

And we’d be remiss not to mention the recent behind-the-scenes photos from Foundation that Pace generously shared with Variety. “Critical Gay Theory teaches students that a discussion of Lee Pace’s recent shirtless Instagram photos, where he seems to be playing a biblical figure in Palm Springs, will count towards their final grade,” wrote novelist and playwright Paul Rudnick about these photos, which deserve a novel and play all their own.

As 2021 comes to a slow close, Pace is the 11 o’clock number that helps bring it all home. Less a “Rose’s Turn,” from Gypsy and more of a “Brotherhood of Man” from How to Succeed in Business Without Really Trying in being less braggadocious and more unifying. After all, the world is a divisive place to cohabitate, but if there’s one thing we can all agree on and as Doreen St. Félix once tweeted: Lee Pace.