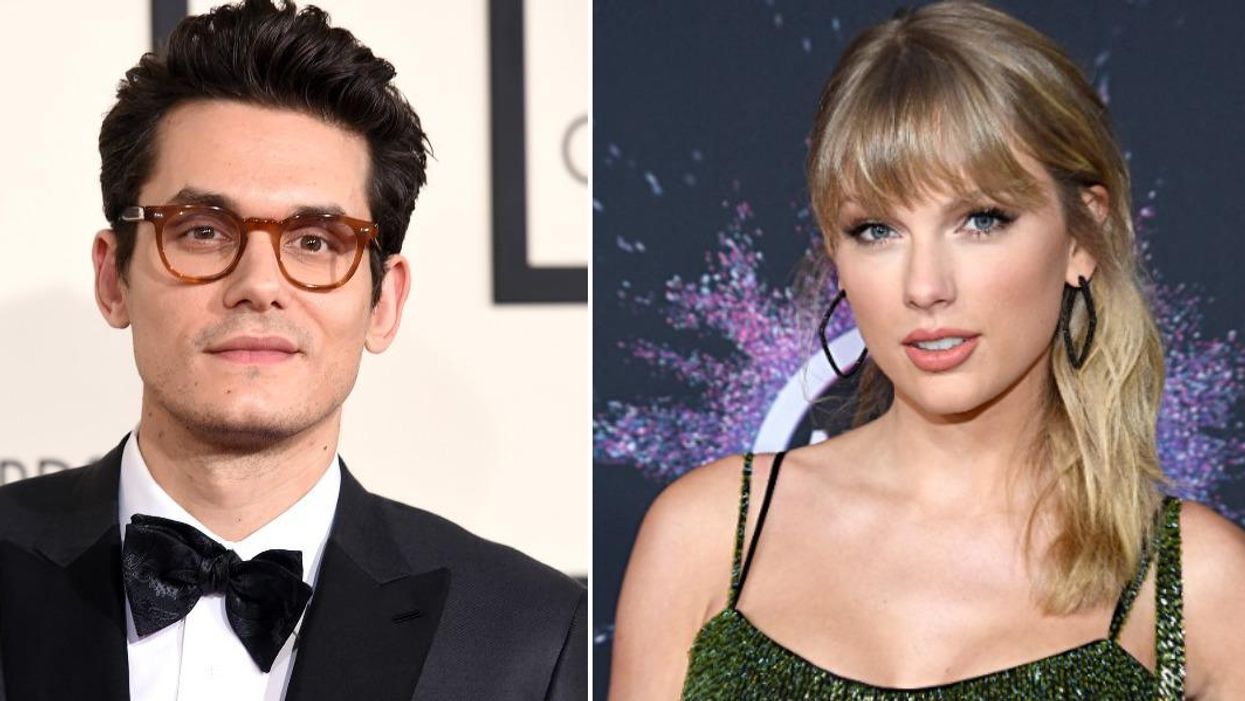 John Mayer has a question for the Swifties sending him death threats.

As you’ve probably heard by now, Taylor Swift debuted a short film for an extended version of “All Too Well” following the record-breaking release of her re-recorded album, Red (Taylor’s Version). And while ex Jake Gyllenhaal was the speculated subject of “All Too Well,” Swift’s latest drop also spurred fans to attack her other rumored ex, Mayer.

After all, Swifties have long assumed that Speak Now’s “Dear John” was about the “Daughters” singer, meaning that Mayer will inevitably catch some heat when Swift shares her upcoming re-release of the 2010 album. However, the online hate has already started, at least according to widely shared screenshots of one fan’s message and Mayer’s subsequent reply.

In an alleged post uploaded by @deux.discussions, an Instagram user named @hoeforlouaylor slid into Mayer’s DMs to send a message that read, “fuck yourself you ugly bitch I hope you choke on something.” That said, it seemed as if the musician responded in a pretty level-headed way by writing back to the user, whose actual name appears to be Alondra.

“I’ve been getting so many messages like these the past couple days,” Mayer allegedly replied after Alondra dared him to “reply” before calling him a “bitch.”

“I’m not upset,” he continued. “I just tend to have a curious mind and feel compelled to ask. Do you really hope that I die?”

Following Mayer’s response, the screenshots show Alondra apologizing and clarifying that they actually “don’t want [him] to DIE.” Not only that, but Alondra then went on to send him a voice message, which prompted the star to say, “It’s okay. I wanted to understand.”

“So it’s a fun thing people are doing without taking into account that I might see it and be affected by it?,” he asked, to which Alondra said, “yeah, i guess nobody really thought you would see it or answer since you are famous and don’t interact with random people. again.” And though Alondra apologized once again, Mayer was forgiving and told them that it was “100 percent okay” because there was “some healing here today.”

He concluded by wishing them well, “Go forth and live happy and healthy!” However, Alondra also followed up by warning Mayer that he would likely receive messages that were “probably going to be 1000x meaner when speak now taylor’s version is released.”

“so take care of yourself,” they said.

Granted, the viral exchange also led to some to criticize Alondra’s actions, forcing them to go private after tweeting that she was “only 15” and asking people to “not send death death [sic] threats to me.”

“i apologized to john many times,” they continued. “i didn’t expect him to see my message he saw it 2 minutes after i sent it right before i was gonna delete it.”

See the purported exchange for yourself below.