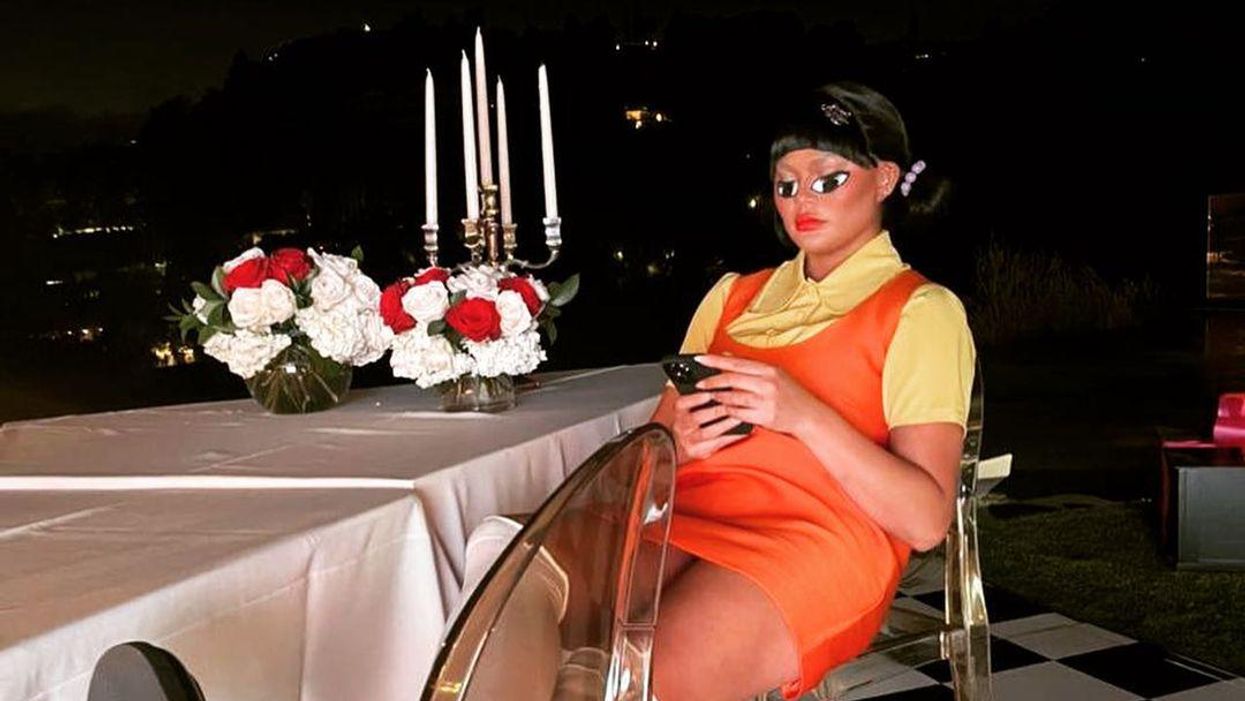 Anyone that’s seen Squid Game — and odds are you have, given it’s one of the most-watched shows in recent memory — will no doubt be aware that the Netflix show portrays a Hunger Games-style competition where cash-strapped contestants compete for a large prize by playing children’s games with an extremely lethal twist, all for the amusement of the upper class. The show is a dark dystopian look at the cruelties of capitalism and the extremes it can be pushed to; it’s a timely and well-crafted message that has already netted the show a second season. It’s just a shame that it all went over Chrissy Teigen’s head.

In what is spectacular display of laughable tone-deafness or a Elon Musk-level of cynicism, Teigen invited a gaggle of her celebrity friends over to her multi-million dollar Beverly Hills Mansion for a Squid Game-themed party. In a post on Instagram, Teigen can be seen cosplaying as the giant robot girl from the “Red Light, Green Light” game with guests donning the green tracksuits, the wait staff wearing the pink and black-masked guard outfits and the house made up to look like the show’s set.

Related | Vans Are Selling Out Thanks To ‘Squid Game’

“Where do I even begin!! What an absolutely epic night. My dream came true of watching my friends fight to the death!” Teigen gushed. Obviously no one actually died at this dinner party (otherwise the tone of this article would be dramatically different) but it did include a dunk tank, games of musical chairs, hide and seek and pin the tail on the donkey. The night’s grand prize winner got “flights to Napa and dinner at French Laundry for two” with the confetti shower and oversized check to proved it.

And while one could be reasonably forgiven for dressing up as your favorite Squid Game character for Halloween or even an entertaining theme party, because we all know you wrote Katniss fanfic back in the day, Teigen does have sort of a history of not being able to read the room. Teigen made a reputation on social media for being quick to clap back and add her two cents but has since come under fire for cyberbullying accusations from multiple people as well as having her live-in maid dress up as a plague doctor in the midst of a deadly global pandemic.