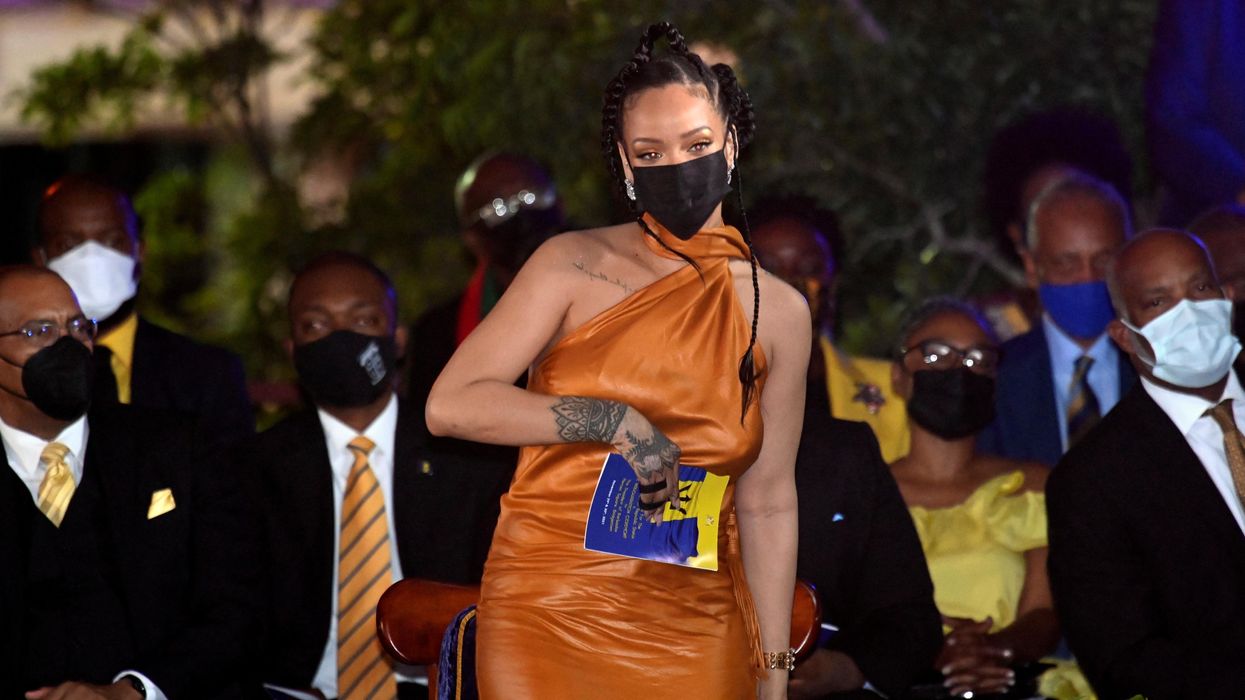 In a historic move for the island nation of Barbados, the country put an end to roughly 400 years of colonial rule, removing Queen Elizabeth II as their head of state and swore Sandra Mason as the newly formed republic’s president. As an added bonus, they’ve also named Rihanna as a national hero.

Already an ambassador for Barbados since 2018, Rihanna was named the country’s 11th national hero making her the second woman in the nation’s history to be bestowed that honor.

“On behalf of a grateful nation, but an even prouder people, we therefore present to you, the designee, for national hero of Barbados, ambassador Robyn Rihanna Fenty,” Barbados’ Prime Minister Mia Mottley said during the award ceremony. “May you continue to shine like a diamond and bring honor to your nation by your works, by your actions.”

In the same way that being knighted by the Queen gives people the honor of putting Sir or Dame in front of their name, the new distinction now gives Rihanna the title of the Right Honorable (which we kinda have already been doing for years, but at least now it’s legal).

Born in Saint Michael before moving to the capital city of Bridgetown where she later left to pursue a music career in the US, Rihanna expressed her devotion to Barbados in her speech saying, “I am so proud to be Bajan. I am going to be a Bajan until I die. This is still the only place I ever called home”

Barbados joins other Caribbean nations of Guyana, Dominica, Trinidad and Tobago, whom all have removed the Queen as their de facto head of state. “We the people must give Republic Barbados its spirit and its substance,” Mason said in her inauguration speech. “We must shape its future. We are each other’s and our nation’s keepers. We the people are Barbados.”

BREAKING: Rihanna is conferred with the honor of National Hero of Barbados by the prime ministerpic.twitter.com/I036f4O2zx — philip lewis (@philip lewis)
1638247457