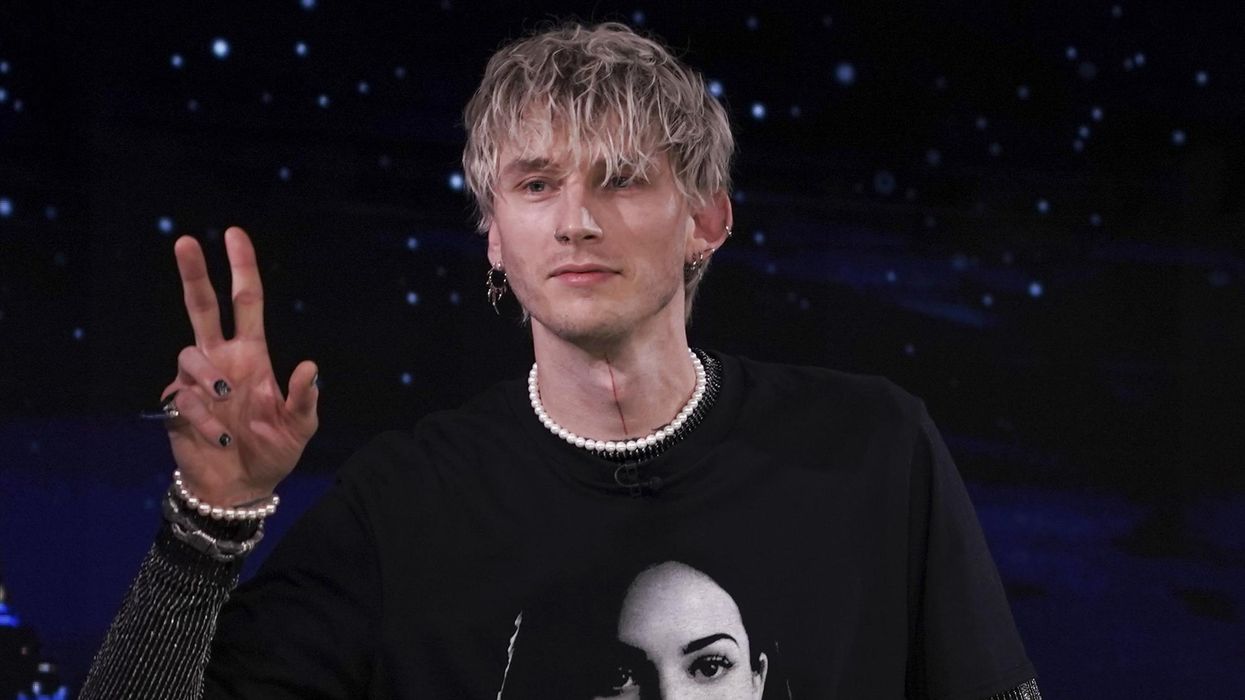 Machine Gun Kelly once stabbed his hand trying to impress Megan Fox when they first started dating. Speaking on The Tonight Show Starring Jimmy Fallon, Kelly reflected on what was meant to be a cool party trick that almost turned into losing a hand.

Explaining that this happened at the start of his relationship with Fox, Kelly said Blink-182 drummer Travis Barker got him the special knife that would nearly lead to his downfall. “He got me a knife that had an engravement from the new album on it and I was like, ‘Oh, check this out, this is sick.’”

While showing the scar, he continued, “And I threw it up and it came [down] and stuck in my hand. You see that right here? That was from when a knife stuck in my [hand]. You know how you throw it up and you’re supposed to catch it? I looked at her and I was like, ‘Check this out.’”

It didn’t settle in until the next morning that he needed some medical help, even though he’d also bruised his coccyx after a beer pong match with Post Malone that same night when he rammed a giant spike near a staircase rail.

“The next morning, as soon as she left, I was like ‘Yo, I need stitches real quick,” he said, before joking about “a bruised coccyx and a knife in my hand.”

Kelly was promoting the release of his forthcoming western film, The Last Son, set to come out December 10. Hopefully there’s no knife play involved — for his hand’s sake.