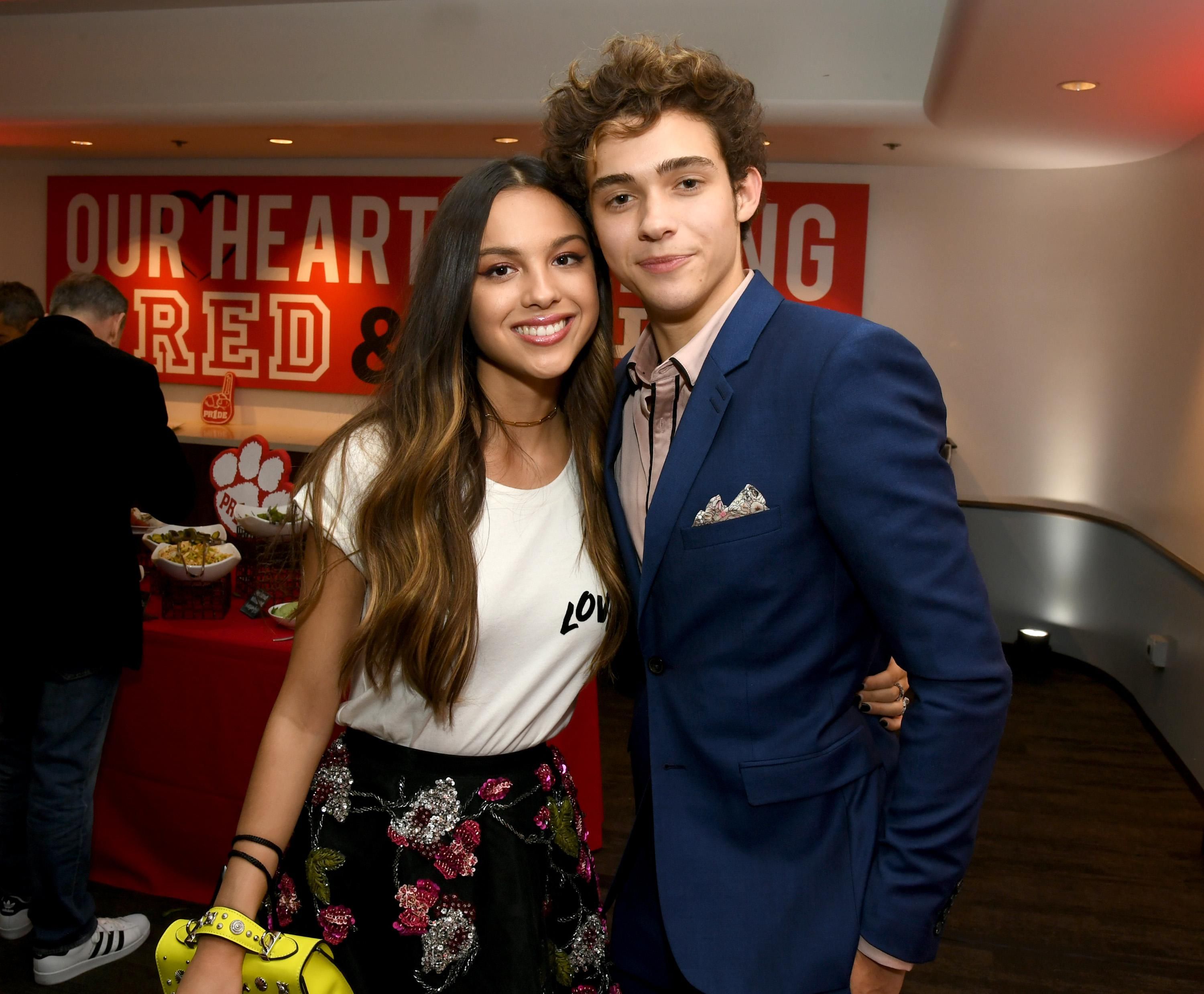 Earlier this year, Rodrigo cause a frenzy with her song “drivers license,” which became an instant smash single that broke Spotify streaming records and earned her several Grammy nominations. However, the heartbreak anthem also sparked some serious online drama related to who “drivers license” could be about, with the main suspects being Bassett and rumored girlfriend, Sabrina Carpenter.

Not only that, but things only got spicier after the release of Rodrigo’s album, Sour, thanks to other tracks like “déjà vu,” “good 4 u” and “traitor,” leading to even more attacks on Bassett and Carpenter. That said, following a statement asking fans to “treat everyone with respect and love” and not “send hate,” it looks like he’s finally ready to respond with his own songs via an EP released on Friday.

After all, the three songs on Bassett’s EP — “Crisis,” “Secret” and “Set Me Free” — appear to be chock full of references to what went down, including some pointed lyrics that seem to push back against Rodrigo’s claims and accuse her milking the drama for press attention.

Joshua Bassett urges fans to “treat everyone with respect and love” and not send hate on his behalf after release of his new songs.

He also revealed 100% of his earnings from “Crisis” will go toward mental health organizations. pic.twitter.com/mb6TMniuHf

On “Crisis,” Bassett sings about feeling “hurt” after someone acted like he “didn’t love” them and asking if they ever wondered if he was “okay after after everything [they] put [him] through.”

“Half the shit you’re saying’s only half-true / You’re messin’ with my life as a career move,” he continues, later saying that the person “sensationalized” what happened and was “fannin’ the fire for headlines.” He adds, “I can’t help but wonder why you won’t make it end / Guess you would never dare, you would never dare / To wastе a crisis.”

Then on “Secret,” Bassett seemingly calls out Rodrigo’s song, “good 4 u,” in a sarcastic lyric where he says, “good for you foolin’ everyone.” He also appears to allege that she was playing the “‘woe is me'” sympathy card without any regard for what she put him through.

Finally, “Set Me Free” talks about dealing with his own sadness surrounding their break-up by saying he didn’t know what he “did to deserve all this” and asserting that he’s “been goin’ through it too” during the past “fuckin’ year.”

Naturally, Bassett’s EP has divided fans, with some accusing him of gaslighting Rodrigo, riding her coattails and even some serious allegations of grooming. Meanwhile, others argued that he’s also entitled to express his own feelings through song and several more pointed out that it took Rodrigo eight months to say anything about the death threats and harassment both Bassett and Carpenter faced after the release of “drivers license.” However, as some users wrote, it’s probably just best to leave everyone involved in this situation alone.

Either way, see what some fans are saying about Bassett’s release below.

joshua bassett just proved how much of an asshole he is. he’s been the one riding on olivia’s success and now he wants to be a historical revisionist. shut up, joshua. https://t.co/kjLI5PcATm

I agree but he also said that she used the drama as a marketing strategy and I think that’s so rude of him, especially when he is doing the exact same thing, like just share your songs and don’t talk about her

fuck joshua bassett and fuck his fans with their hypocrisy bc all year y’all have been saying “olivia had an obsessive, pathetic crush and she’s crying bc he won’t date a minor” and suddenly when people are saying he groomed her y’all want to say “it’s only a 2 year age gap” ??

It took Olivia Rodrigo more than 8 months to say ‘don’t send death threats’.
Joshua Bassett and Sabrina Carpenter have said it from the very beginning.
Take from that what you will.

don’t get me wrong i love olivia so so much but when she sings about her experiences it’s okay but as soon as joshua does it everyone hates on him??? idk can someone explain cause it doesn’t make sense to me

now why most livies suddenly attack joshua’s songwriting? didn’t you guys hate when people did the same to olivia? every artist is free to write about whatever they want, if u don’t like it, don’t listen to them, period. you are a bunch of hypocrites!

people are really comparing joshua bassett to john mayer… josh was only 19/20 when he was getting DEATH THREATS… john mayer was a whole ass 30 year old adult. why is olivia allowed to sing her feelings but he’s not?

Joshua Bassett is funny as hell. Blaming Olivia for all the things he went through. If you’re not really afraid, then tell us those “secrets.”