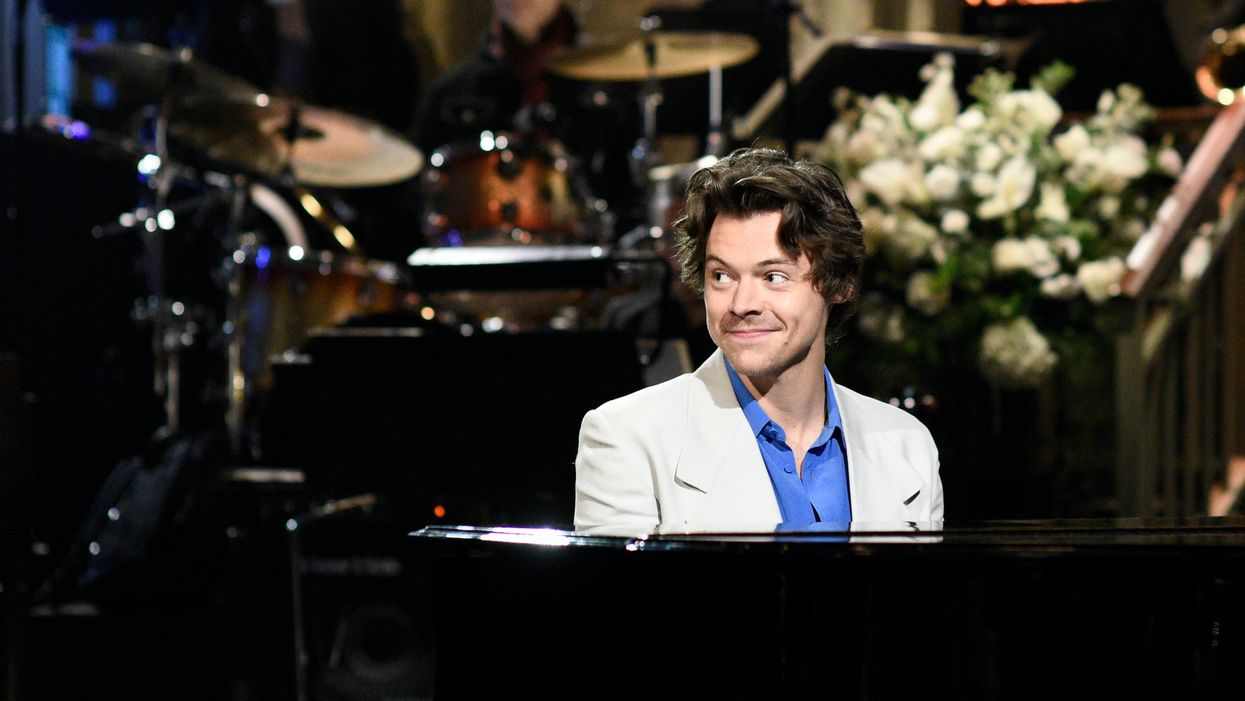 We finally know the truth behind that rumor involving Harry Styles and a microwave.

Last week, the musician performed at Long Island’s UBS Arena for a Love on Tour show. However, one fan claimed in a viral TikTok that he stole the appliance from the venue’s backstage area, which sent fans into a speculative spiral. Thankfully, though, we now have the answer to this odd allegation

On Friday, a woman named Dianna Rainone uploaded a TikTok featuring texts between her and her father, who works as a cameraman at the venue. In the screenshots, her father can be seen saying that ‘Harry styles stole [the] crew microwave from the ubs arena,” which is an extremely entertaining visual, to say the least. Too bad it’s not true.

According to Rainone’s new interview with the New York Post, the crew microwave had really been stolen and her dad decided to joke around by “saying Harry Styles stole it” after the November 28 gig, which the 18-year-old also attended.

“I could not stop laughing, so I figured why not make a TikTok about it,” Rainone said. “I went to bed that night not even checking the app and I woke up to over like 20,000 views and 12,000 likes which was insane.”

That said, Rainone said many other fans believed the story was real, as evidenced by a number of comments expressing surprise at the TikTok and asking for “somebody at ubs arena please release security footage of harry styles stealing your microwave.” And turns out, they also slid into her DMs to ask what the venue and her dad were going to do about the alleged robbery.

“So many people thought it was real,” she recalled. “They were like, ‘OMG, is your dad going to say anything to someone or are they going to get in touch with Harry’s team?’”

And while Rainone thinks it’d be “hilarious if Harry took the microwave,” her father’s actual hypothesis was that “someone probably moved it to clean or something.” Granted, the stan also is praying the artist doesn’t actually hear about the joke, as she’d be completely mortified.

“I really hope Harry does not see this,” she told the publication. “I’ll die of embarrassment.”