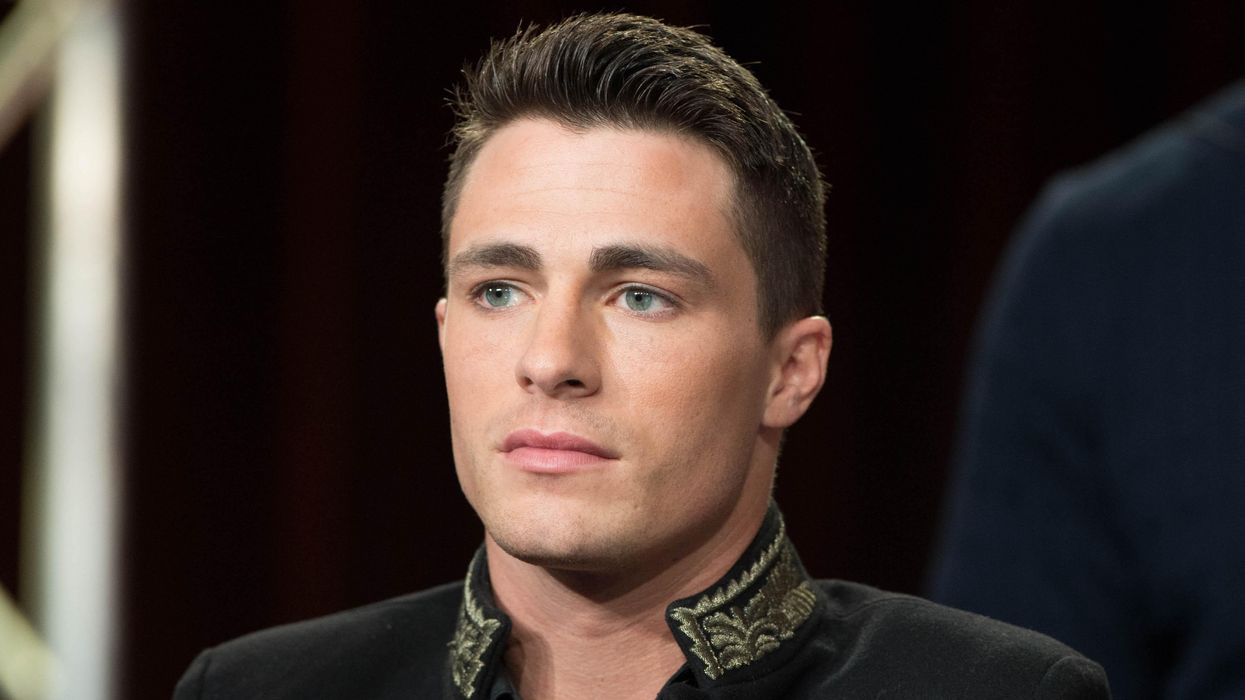 Colton Haynes is opening up about his experiences with homophobia in Hollywood.

In an essay for Vulture titled “Losing a Teenage Dream,” the 33-year-old actor reflected on how his sexuality impacted, and continues to impact, his career.

According to the star, the first sign of this came during a 2007 meeting with a potential manager, who said they would have to “change [his] mannerisms,” because “they’re a little too… theater,” which Haynes interpreted as a way of saying he was “too gay.”

Related | Colton Haynes on the Importance of Seeking Help

However, these types of unfortunate incidents didn’t stop there, as Haynes also recalled being told to approach an agent in a “cowboy hat and unbuttoned western shirt.” Later, he was told by said manager that the agent wasn’t interested and that his voice and mannerisms were “still too… gay.”

Not only that, but he also went on to talk about the time he was “photographed cozying up to Lauren Conrad at an event” and was told “not to deny our rumored relationship,” as well as another instance when a member of his team “threw a fit” after seeing an old photo of him posing for a gay magazine called XY.

“I understood because it was explained to me repeatedly — by managers, agents, publicists, executives, producers — that the only thing standing between me and the career I wanted was that I was gay,” Haynes said, though he noted that the “gatekeepers” weren’t always straight. In fact, the “call often comes from inside the house.”

“It was like this for my best years of work, throughout the early 2010s, as I built a career on young-adult shows,” he continued before saying having to change himself contributed to the deterioration of his mental health.

“I grew dependent on alcohol and pills. When a doctor suggested my secret was making me sick, I knew he was right,” Haynes said. “I came out of the closet in an interview with Entertainment Weekly in 2016. I hoped it would set me free, and in some ways it did.”

Unfortunately though, Haynes believes that his coming out made it more difficult for him to get parts, saying that “the work mostly dried up” compared to when he was closeted and could “beat out straight guys to play straight roles.”

“And I played them well. Now, the only auditions I get are for gay characters, which remain sparse,” he said. “Is that because I’m not very good? Maybe. But that didn’t stop me from booking roles before.”

Granted, he also noted that “it’s no different for the young gay actors I see coming up today, trying to make it in a system that isn’t built for them,” saying that gay actors continue to be “inundated with mixed messages,” even now.

“Consumers are mostly straight, so don’t alienate them. But lots of the decision-makers are gay, so play that game,” he said, as he wondered “how different things would’ve been if I were allowed to be who I was when I moved to town: a hopeful kid confident in his sexuality.”