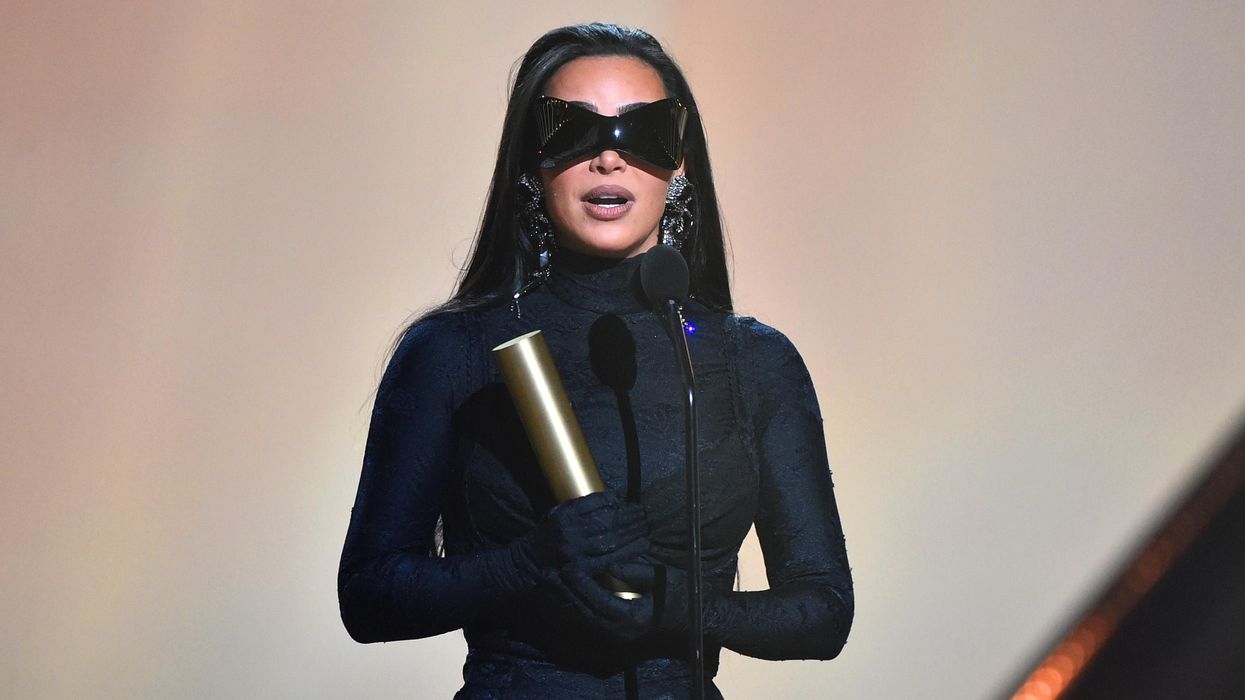 Last night, Kim Kardashian received the Fashion Icon Award at the People’s Choice Awards and among other influential figures and designers that have helped shaped her sense of style, the former reality star took time out of her acceptance speech to thank ex-husband Kanye West for introducing her to the world of fashion.

“I’m humbled every single day that designers are willing to work with me. There was a time when they weren’t,” the SKIMS founder remarked, pointing to West as one of the helped make those early introductions. “Thank you Zac Posen, who dressed me and took me to my first CFDA Awards, and so many amazing designers like Riccardo [Tisci] and Olivier [Rousteing] that really believed in me. Well, [they] probably [were] talked into it by getting a call from Kanye.”

Kardashian went on add, “To Kanye for really introducing me to the fashion world. I fell in love with fashion, and I’m so inspired by so many people. But again, this is like a dream that I get to wake up and wear these amazing clothes and try new things and take a risk. I’m so humbled.”

As far as recently divorced Hollywood couples go, Kardashian and West seem to be, for the most part, on good terms with one another. Since the couple announced their split earlier this year, Kardashian was seen supporting West at DONDA’s many stadium listening parties (even if she did listen to the album on mute).

And while Kardashian seems to have moved on romantically, having been recently confirmed to be dating Pete Davidson, West does seem to still hold out hope they could get back together. At a recent event in LA over the Thanksgiving weekend, West spoke about his desire to “restore” his family and continued to refer Kardashian as his “wife.”

Kardashian accepted the award in a black Balenciaga bodysuit from their Spring 2022 collection altered for the occasion and paired with a chunky pair of sunglasses. After announcing Kardashian would be the recipient of this year’s award, E! explained that it was due to her “keen fashion sense, unprecedented entrepreneurial success, and single-handedly transforming the fashion industry through her innovative designs and trend-setting style over the past decade.”

Kardashian is set to release another drop of her Skims collaboration with luxury fashion label, Fendi, December 10.