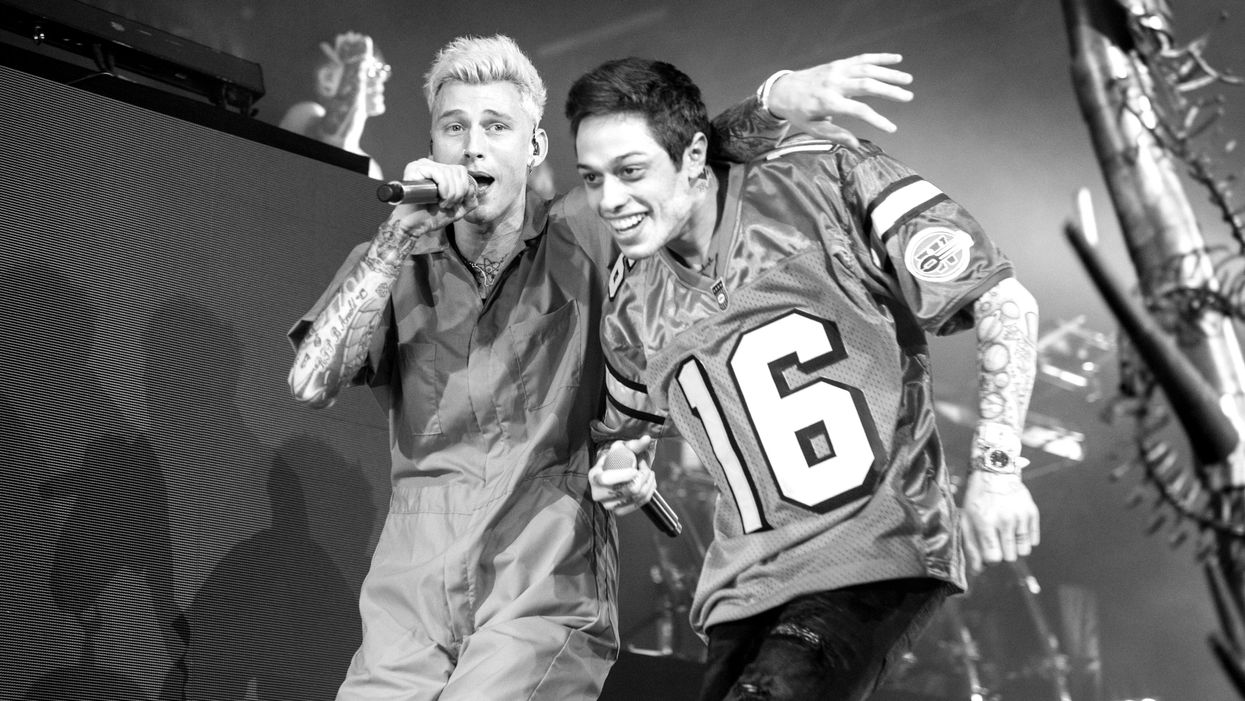 The famous friends took over Cavin Klein’s Instagram on Tuesday, December 6, to host a Live that turned into a (tastefully!) art directed underwear campaign and eventual conversation about their much-discussed parts.

Davidson kicked things off by complimenting MGK’s package, saying “Nice stuff, by the way. I get it now. Good for you. Good for you dog.”

After joking that Calvin Klein should hire them to be “dirty spokesmen,” claiming that they brought the “horniness” to the conversation, MGK cosigned Davidson, saying that he does in fact have “BDE.”

Their wild conversation was apparently just the beginning — because they’ve already hopped back on with each other. This time, during a 10-minute Instagram Live session together, the duo got their nails done and also hinted about prep for a bathtub shoot together.

“I still think we should be in a bubble bath,” said Davidson. “We should wash each other in our Calvins, in our undies and feed each other apples and stuff.”