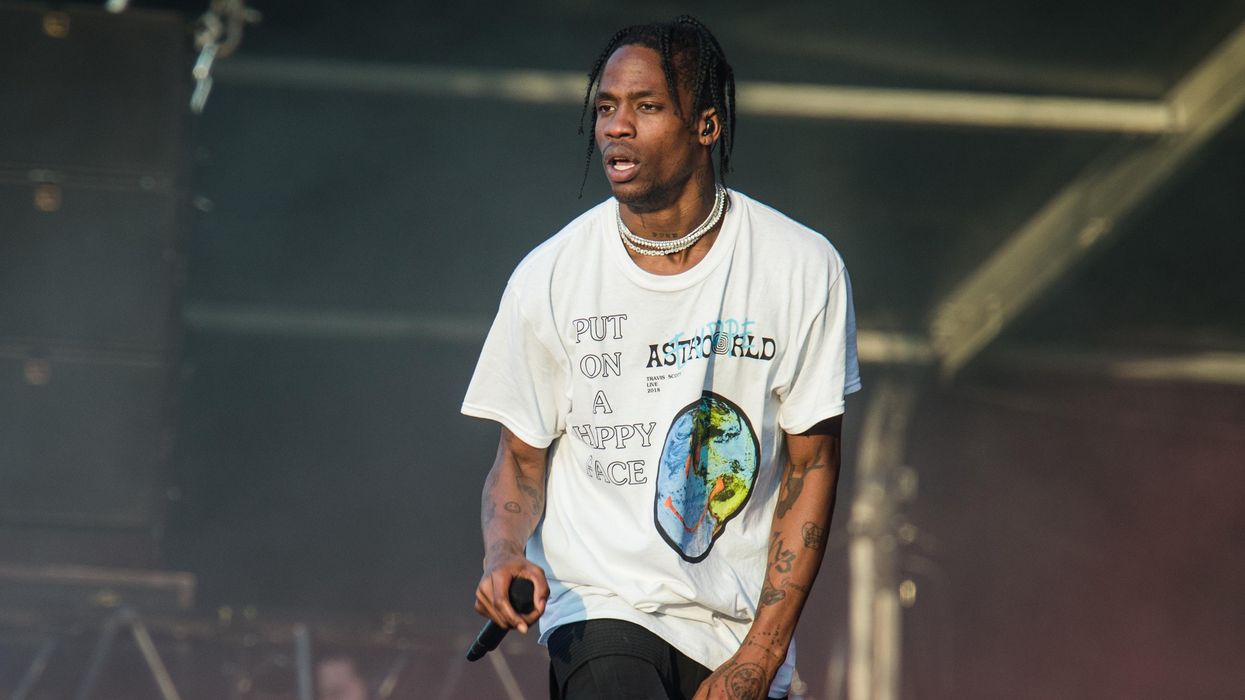 Travis Scott is being criticized for seemingly denying responsibility for the Astroworld tragedy, which left 10 dead and hundreds more injured.

On Thursday, the rapper sat down with Charlamagne tha God to give his first interview since his fatal festival and was asked if he had anything to say to the victims’ families, to which he said he was “in this with you guys and I love you and I’ll always be there to help you guys heal through this.”

“It’s not just, like, a right-now thing, it’s a forever thing,” Scott went on to add. “These people that came to the show, they are my family and I’ve always had that connection to the people that listen to the music or come to my shows.”

Related | Travis Scott Is Requesting to Have Astroworld Lawsuits Dismissed

However, his message to those who lost loved ones during the deadly festival set has been met with condemnation by the lawyer representing 21-year-old Axel Acosta’s family, who accused him of not taking any responsibility.

According to TMZ, Tony Buzbee said Scott was trying to play the victim card when “Axel Acosta and the many others killed or injured are the victims.”

“Travis Scott, his entourage, handlers, promoters, managers, hangers on and everyone else who enable him are the problem,” he said. “Everything that Travis Scott has done or said since ten people died and hundreds of others were injured at his concert has been lawyer-driven and calculated to shift blame from him to someone else.”

Buzbee then went on to push back against Scott’s claim that he wasn’t aware of what was happening during his set and that he tried to stop it a “couple times to just make sure everybody’s okay,” saying that he was just making things even more painful for the families

“Axel Acosta’s family doesn’t want to hear Travis Scott’s excuses; excuses do not assuage their grief and pain,” he said before refuting the notion that Scott wasn’t told about what was transpiring despite admitting to having an earpiece in.

“That raises the question: Did he have an earpiece in his eye?,” Buzbee continued. “Why did he purposely ignore the death and mayhem occurring literally feet from him?”

Buzbee has filed a $750 million suit against Scott, guest performer Drake, Live Nation, Apple Music and more entities involved in the festival on behalf of Acosta’s family and 125 other attendees. Granted, Scott is reportedly facing a total of 275 lawsuits related to the Astroworld crowd crush, including one asking for $2 billion in damages.

However, his attorneys have been attempting to get the court to dismiss them with prejudice and have pushed back with a “general denial” response. Scott’s initial offer to cover the funeral costs for the deceased has also been rejected by the families of multiple victims.

Scott has yet to respond to Buzbee’s comments.