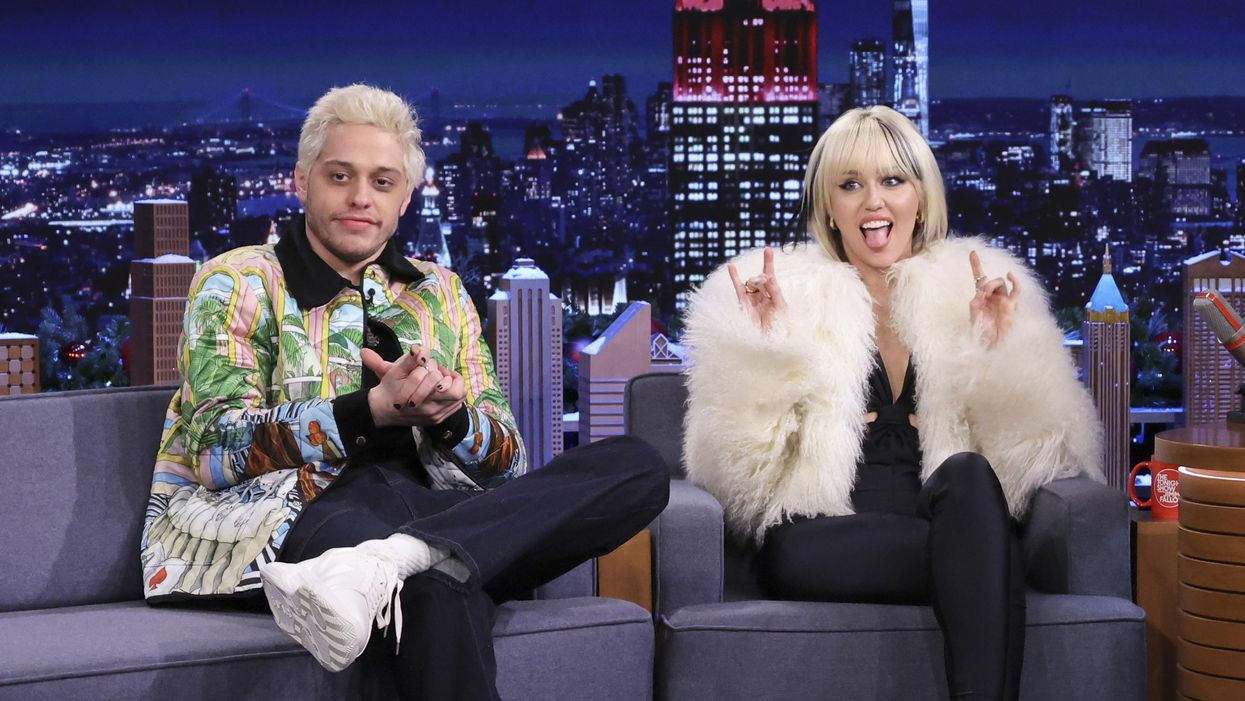 In their interview on The Tonight Show with Jimmy Fallon, Miley Cyrus and Pete Davidson revealed that they actually have a pretty special connection. Among the things that bond them is the fact that they apparently got matching tattoos.

Back in 2017, Cyrus went on Saturday Night Live and made an appearance on a sketch with Davidson called “The Baby Step,” where they played “trap babies” alongside cast members Kenan Thompson and Chris Redd. They were all dressed ridiculously and when comedian Larry David — who was also in the sketch — asked what was going on they both replied, “We babies.” Cyrus continued, “And for some reason, we looked at each other and were like, ‘That’s a great tattoo.'”

Davidson immediately contacted his tattoo artist and had him come over to SNL’s headquarters at 30 Rockefeller Center, and they go the “WE BABIES” tattoos. The singer showed that hers was still on her foot, while Davidson revealed that he’d had his lasered off his arm.

The two also shared that they’ve hung out since meeting on SNL. Cyrus said that she even took Davidson to his first-ever visit to a gay bar. “I loved it,” the comedian replied. “I felt like the coolest guy ever.”

After the sit-down interview with Fallon, Cyrus also sang a cover of Yvonne Fair’s “It Should’ve Been Me,” dedicated to Davidson. During the song she was teasing him about being caught by paparazzi with Kim Kardashian, saying it should have been her instead. Watch the clip below.