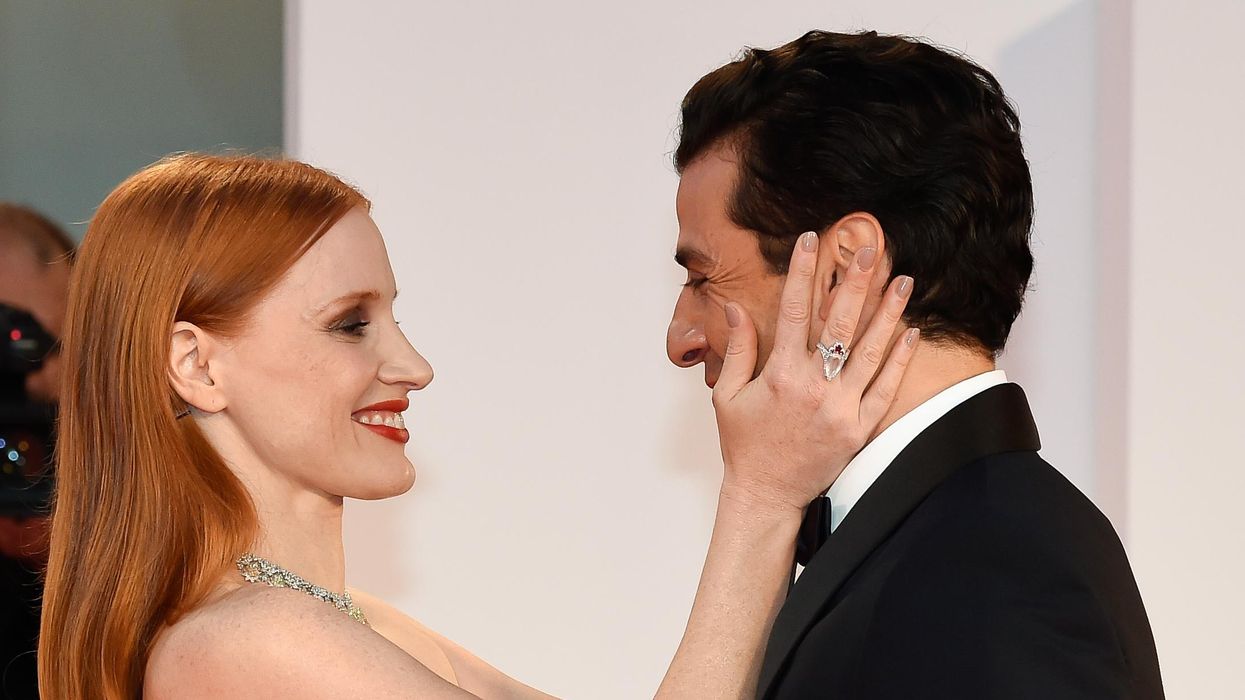 Jessica Chastain and Oscar Isaac both received Golden Globe nominations on Monday, December 13. To celebrate their noms for their work on Scenes from a Marriage, Chastain hopped on TikTok to celebrate — and attempted to convince Isaac to get on TikTok too.

In the video, Chastain and Isaac take a walk as the former announces to the camera, “Today, Oscar Isaac and I were nominated for a Golden Globe and I am also nominating him to join TikTok.” (Side note: it’s clearly an old video, with The Cut suggesting that it was recorded back in September at the Venice Film Festival.)

Though Isaac is clearly not taking the bait, Chastain then attempts to get him to join in on the fun. “He needs a TikTok… I don’t know why,” she says — prompting Isaac to say, “Like I need a hole in my head.”

@jes_chastain Today Oscar Isaac and I were nominated for a Golden Globe and I am also nominating him to join TikTok.
♬ original sound – Jessica Chastain

Chastain responds by trying to convince him even more that he should get on the platform, saying “No, because it’s actually really funny.” Chastain then snuggles closer to him, putting her arm around him and then resting her head on his shoulder.

It’s an adorable scene, and one that definitely illustrates their on-screen chemistry that’s lingered post-filming, but we doubt that Isaac will take her advice considering the video’s three months old and he’s still not on the platform yet. Not to mention, Isaac still opts out of both Instagram and Twitter. Still, maybe the new nominations will inspire him to hop on all three. All we can do is have our fingers crossed.

Who knows — if he does get on, maybe the duo can recreate the red carpet chemistry that resulted in the viral inside-arm kiss still firmly planted in our memories.