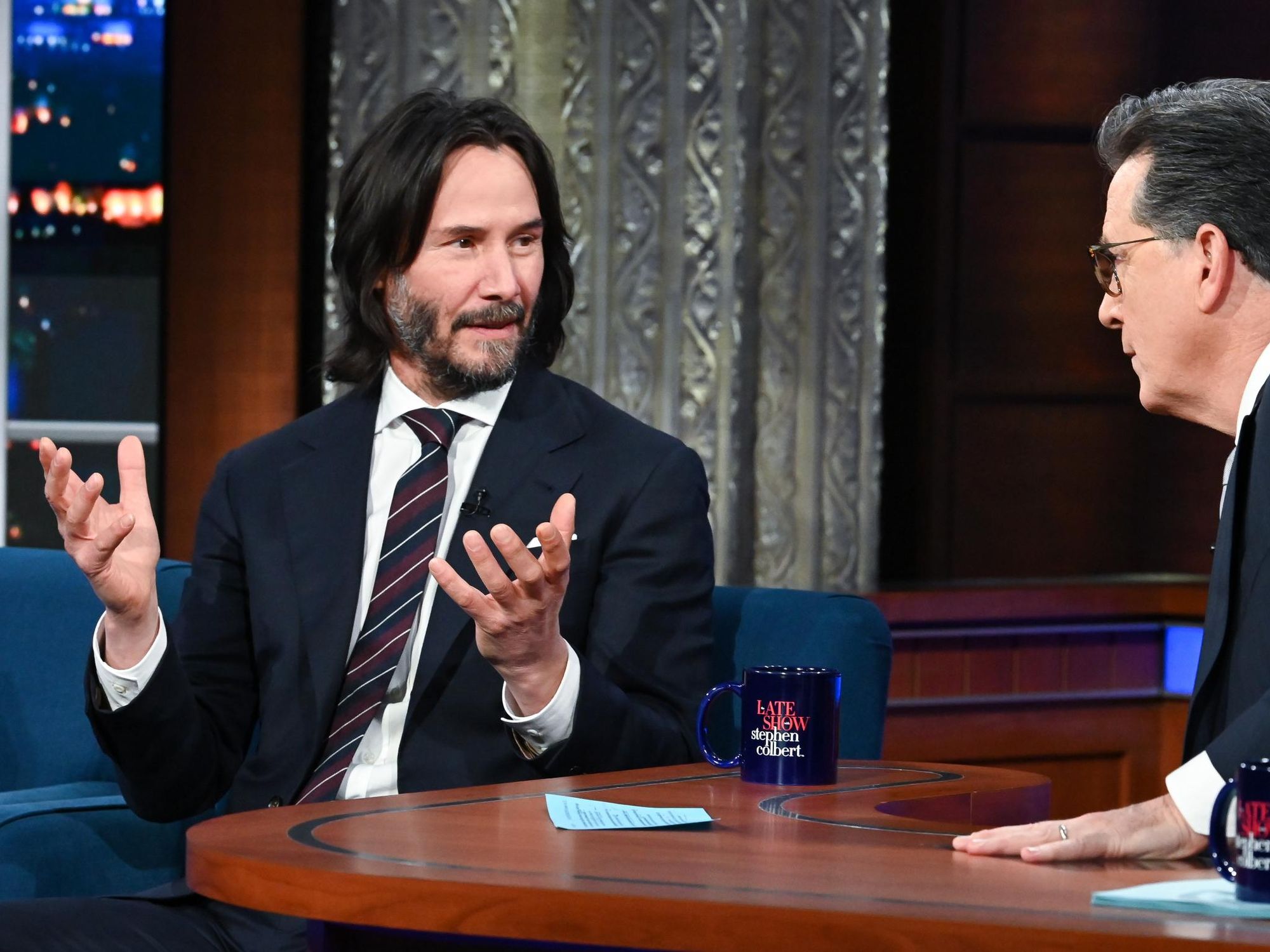 Keanu Reeves is finally telling us what made him so sad.

For those of you who need a brief refresher, “Sad Keanu” is an old meme based on a 2010 paparazzi photo of the actor sitting on a park bench all by himself with a sandwich in hand. Looking glum as he stares forlornly towards the ground, the source of his sadness has always been a mystery. Now though, the man himself is explaining what feelings were really behind this face that spawned a thousand memes and, honestly, it’s a little too relatable.

Earlier this week, the star appeared on The Late Show to promote his new film The Matrix Resurrections, meaning that there was a lot of talk about action movie stuff like jumping off of a 46-story building. However, it also ended up giving host Stephen Colbert a good excuse to ask what exactly was going through his sweet, sad mind at that moment. And Reeves’ explanation?

“I’m just eating a sandwich, man,” he responded before admitting there was some “thinking” happening. And while he kept it vague by saying he “had some stuff going on” at the time, there was, apparently, another extreme emotion at play as well.

“I was hungry,” as Reeves said, which we’d say is completely fair.

Watch him talk about the “Sad Keanu” meme below.