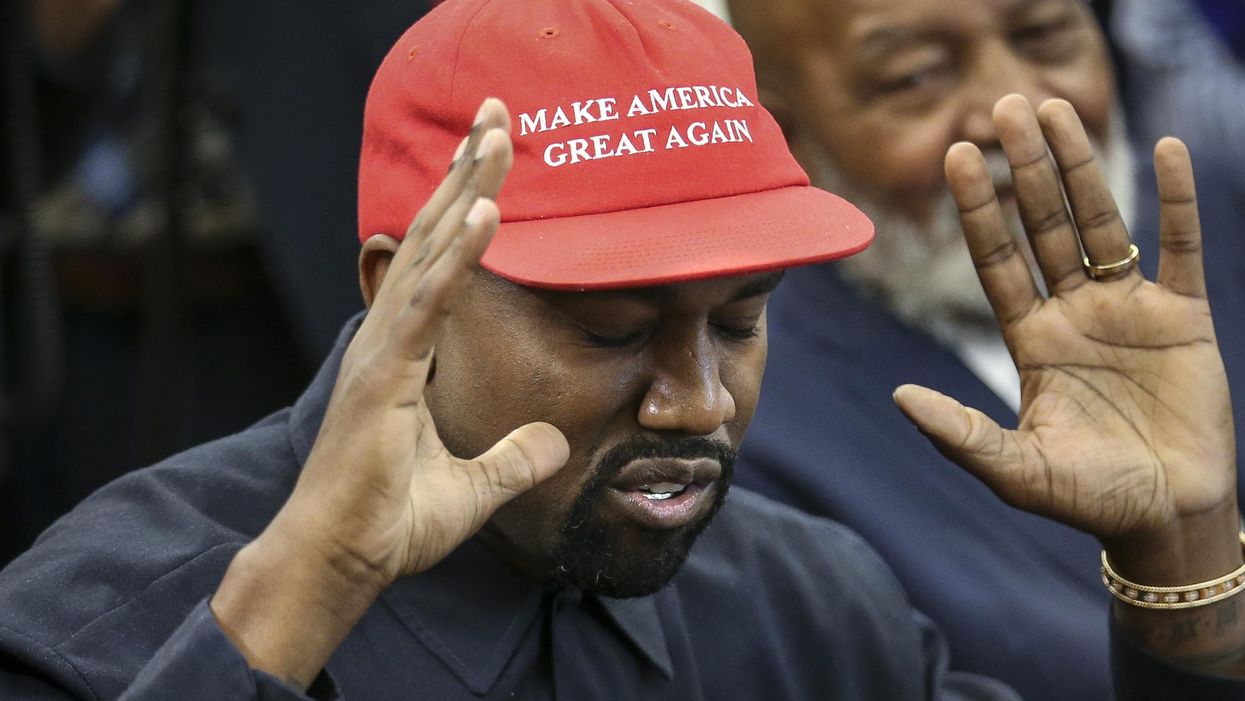 The legitimacy of the Kanye West 2020 presidential bid is now being called into question.

In case you forgot, the rapper announced his presidential campaign after renouncing his support of then-President Donald Trump. For the purposes of the election, Ye also ended up starting his own independent political party — a.k.a. the Birthday Party — and ran on a conservative platform alongside running mate and Wyoming preacher, Michelle Tidball. However, his efforts are now being reexamined by political experts accusing him of being a GOP “plant.”

According to a new report from the Daily Beast, the Birthday Party potentially violated federal law by appearing to hide secret payments of “potentially millions of dollars” to GOP “operatives” and advisors to “elite” party members. One of these entities was, reportedly, the Holtzman Vogel law firm, which “major Republican political and nonprofit organizations today,” including a group that allegedly gave hundreds of thousands to campaigns that discouraged mail-in voting.

Not only that, but the publication also spoke to some political analysts and watchdog organizations, who weighed in on the failed campaign, with Citizens for Responsibility and Ethics in Washington communications director, Jordan Libowitz, claiming that Ye was put in place in order to benefit the Trump’s re-election campaign.

“It’s pretty clear Kanye was a GOP plant, whether he knew it or not,” Libowitz said. Meanwhile Paul S. Ryan, vice president of watchdog org Common Cause, explained that the star’s “candidacy would have a spoiler effect, siphoning votes from Democrat Joe Biden.”

“Voters had a right to know that a high-powered Republican lawyer was providing legal services to Kanye—and federal law requires disclosure of such legal work,” he added.