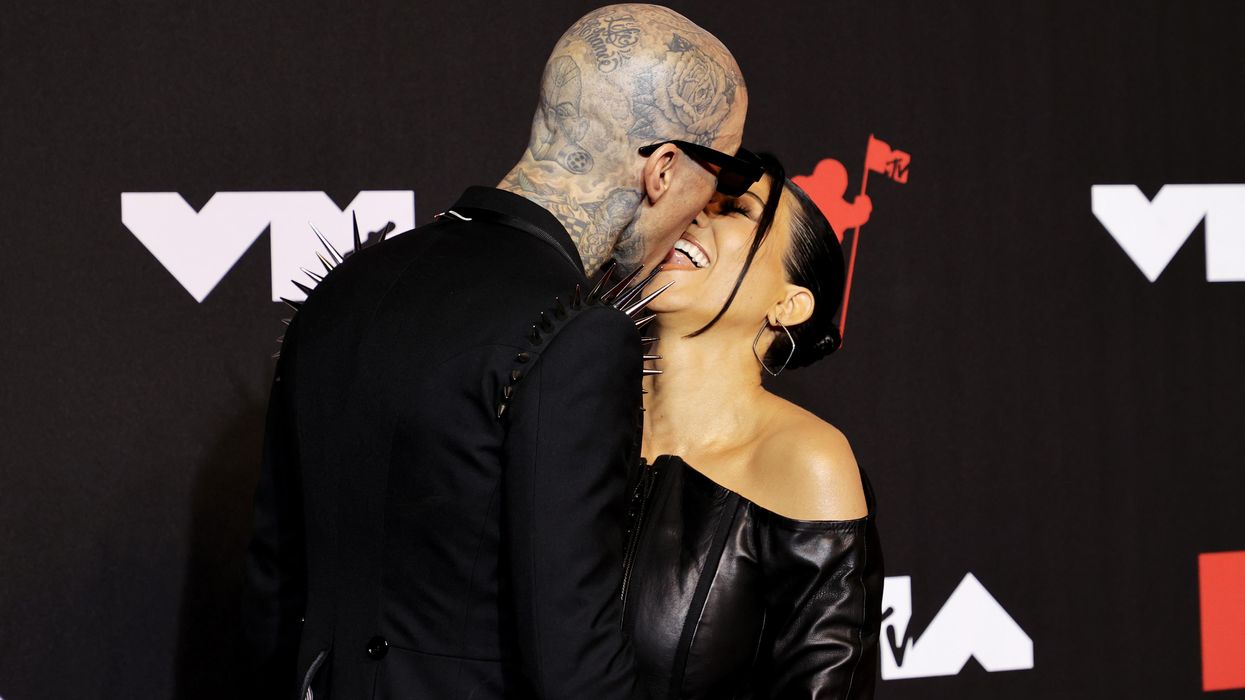 Whether you wanted to or not, Travis Barker and Kortney Kardashian have made it abundantly clear that they are madly in love. Over the course of the year, the recently engaged couple has become infamous for their egregiously flagrant displays of public affection. From making out at another person’s wedding to giving each other tattoos and gifting custom vagina-scented candles, it’s gotten to the point where even Kris Jenner has had to admit that its all a bit much. But despite everyone’s desire for them to tone down it down, Barker and Kardashian have shown no signs of ending their aggressive displays of heterosexuality any time soon.

In the Blink-182 drummer’s latest Instagram post, Barker shared a photo of himself getting a big ol’ face full of (presumably) Kardashian’s foot. Both sporting matching sets of red cheetah print pajamas, Barker captioned the photo as “All I want for Christmas 🎄,” having, either deliberately or inadvertently, exposed himself in the process as a foot guy.

“You’ve been extra good,” Kardashian responded in the comments, which we can only take to be a tacit endorsement of this kind of behavior. The rest of the comments by causal onlookers all appear to be some sort of variation of “wtf” and “bruh” with one particularly horrified commenter writing “id rather get coal than feet but ok.”

Aside from putting the “toe” in mistletoe, the couple spent the weekend braving the rain at Disneyland with Kardashian’s seven year-old son, Reign, and Barker’s 18 year-old son, Landon, in tow. Documenting the excursion on her Instagram, Kardashian shared photos of the family posing in front of a tall Christmas tree, taking in the fireworks show and nuzzling in front of the It’s A Small World attraction, writing “the happiest place on earth, in the rain at Christmas time.”