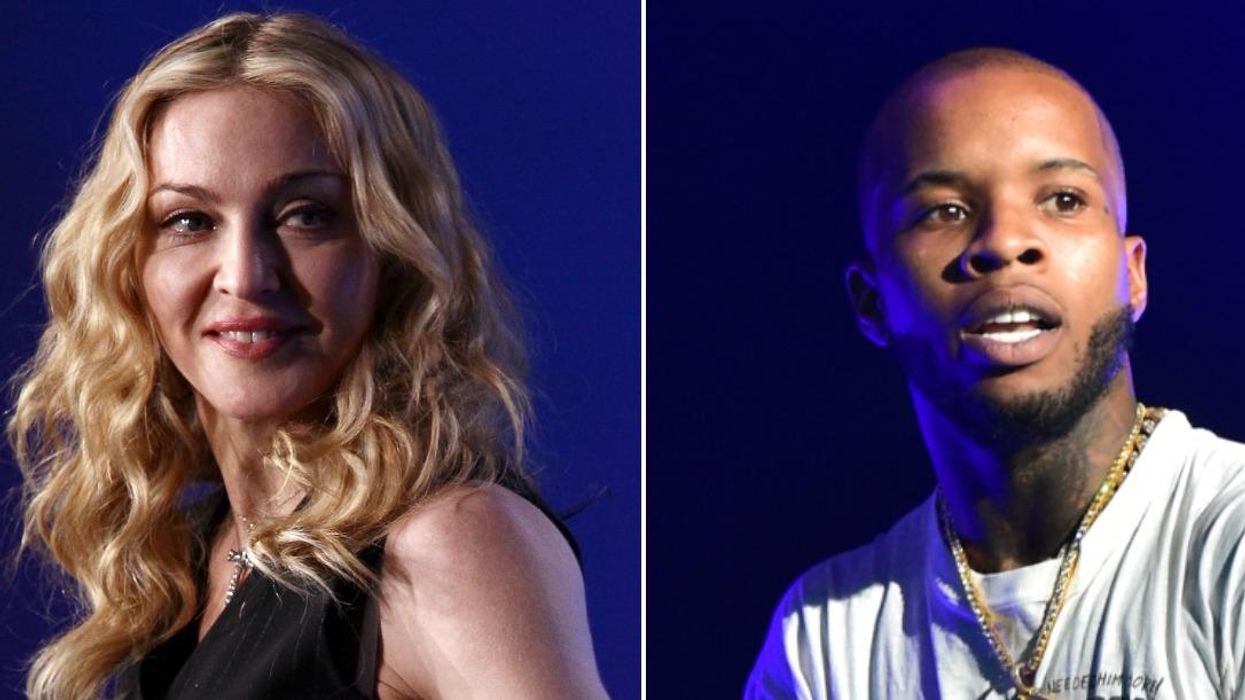 Earlier this month, the rapper released a new song called “Pluto’s Last Comet” that’s straight out of the ’80s. But if the melody feels oddly familiar, it’s probably because the production is bears a striking resemblance to the one used in Madonna’s “Into the Groove,” and you better believe she’s calling him out about it.

Related | Tory Lanez Wants the Media to Rewrite His Actions

According to TMZ, the pop icon recently left a ticked off comment on Tory’s Instagram, since he’s seemingly ignored her DMs about the alleged plagiarism.

“Read your messages for illegal usage of my song get into the groove!,” she wrote on a post promoting the song. And honestly, we think Madge has a point, seeing as how “Pluto’s Last Comet” does sound eerily similar to her 1985 hit, down to the snappy synths and vocal harmonies, particularly the beginning instrumental.

It still remains to be seen whether Madonna will take Tory to court over the “illegal usage” of her song. However, if she does decide to go this route, Tory will be in big legal trouble, which he already has plenty of with thanks to his alleged assault of Megan Thee Stallion, who said Tory shot her foot while yelling “dance bitch, dance” outside of a Hollywood Hills pool party last July.

As a result, Tory was charged with possession of a concealed, unregistered weapon and felony assault causing great bodily injury, though he’s continued to deny everything and plead not guilty at his preliminary hearing earlier this month.

Tory has yet to respond to Madonna’s comment. In the meantime though, you can listen to both songs below.