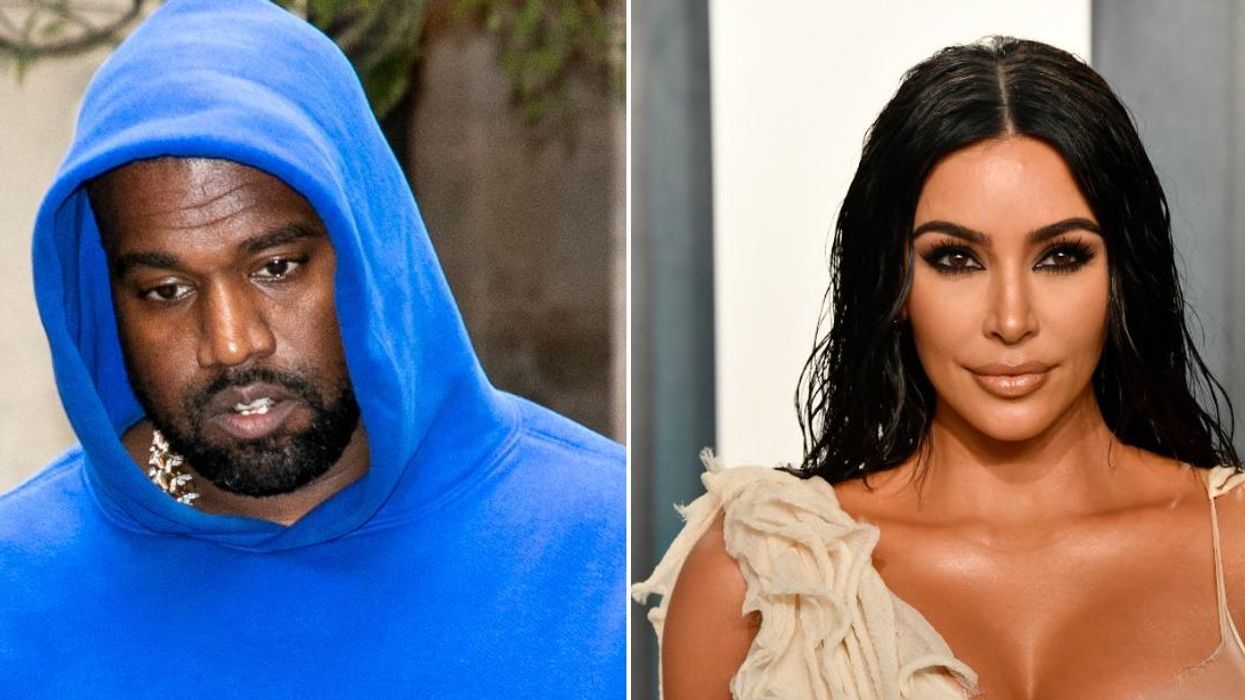 Kanye West is trying to keep up with Kim Kardashian.

According to Dirt, the rapper now known as “Ye” just bought a house directly across the street from the minimalist mansion he once shared with his estranged wife and four children, North, Saint, Chicago and Psalm. The real estate blog also reported that he purchased the spot for $421,000 over asking, for a total of $4.5 million.

Related | Kim Gets to Keep the Minimalist Mansion

The new purchase is a relatively humble and very beige single-story ranch built in 1955, with 4 beds and 2.5 baths. Sitting on about an acre of land, the property also has horse stables, a pool and plenty of carpet, even in the bathroom. Granted, sources told People that Ye’s going to “teardown” the entire thing and is planning on “starting construction ASAP.”

“It will be family-friendly. He wants to be able to have the kids over as much as possible,” they said, while another insider revealed that Ye immediately “jumped at the idea” of being near his family when the house came on the market.

This latest addition to Ye’s real estate portfolio joins the new $57.3 million mansion in Malibu he moved into after Kim bought him out of the property for $23 million in October, per court records.

Back in February, Kim filed for divorce after seven years of marriage. Since then, she’s also petitioned a judge to declare her legally single amidst her rumored romance with comedian Pete Davidson. Meanwhile, Ye reportedly broke things off with model Vinetria, which could have something to do with his public pleas for Kim to “run right back” to him so they can “restore” their family, as well as his insistence that she’s still his wife since he there’s no paperwork yet.