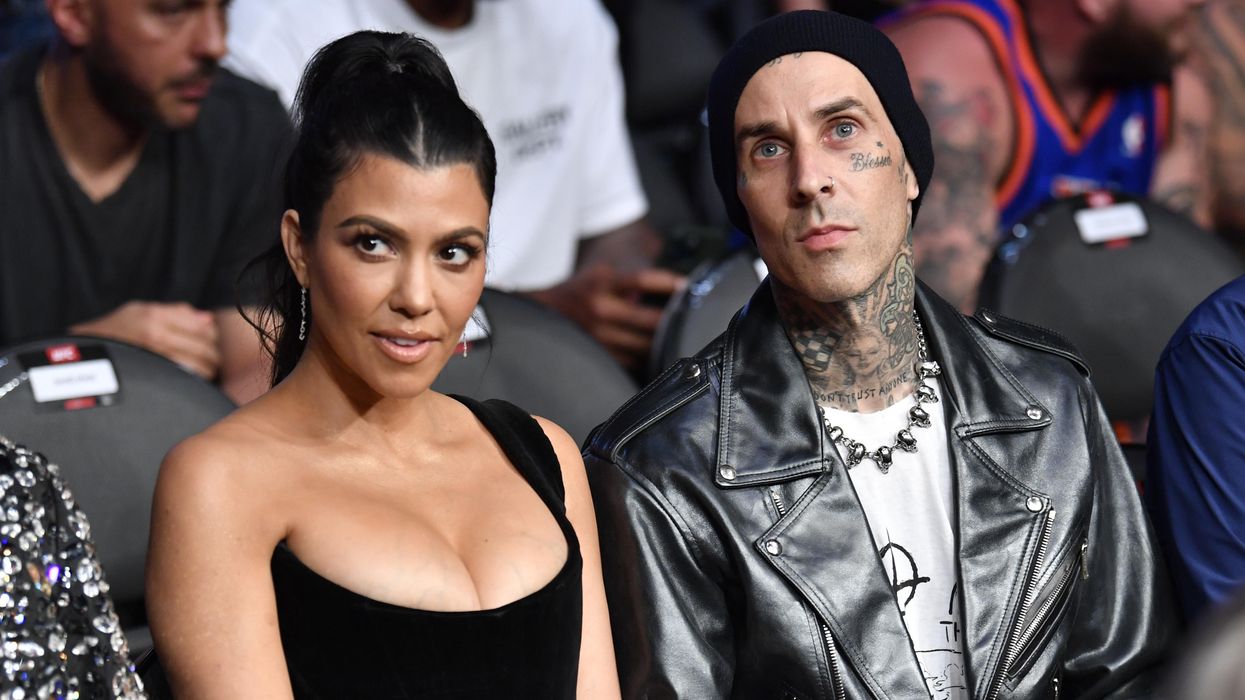 It has been an eventful holiday season in the Barker/ Kardashian household. From a weekend trip to Disneyland to Travis posting a pic of him inhaling a face full of Kourtney’s foot, the freshly engaged PDA-prone couple has been making the most of their first Christmas together.

Over the weekend, Kris Jenner enlisted the help of her daughter and the Blink-182 drummer for a cover “Jingle Bells,” which she released across streaming platforms in lieu of her annual Christmas party. The song isn’t much to write home about, other than it was apparently produced by “Kravis Records,” which seems to suggest future musical Kardashian endeavors aided by Travis may be in store down the road.

Unfortunately for Kris though, her cheesy Christmas carol wasn’t the reason Travis had everyone talking.

Fans were quick to latch on to a photo Travis shared on his Instagram story of the family watching the Jim Carrey-starring live action adaptation of How the Grinch Stole Christmas, noticing a small pink baby bottle filled with milk hanging out on the coffee table. This observation naturally launched a wave of speculation about who the bottle could possibly be for.

Travis and Kourtney haven’t publicly announced that they’re expecting, but given that they’ve been frequently seen publicly over the past few months, a secret pregnancy is pretty much out of the question.

This led to fans to shift their speculation over to Kylie Jenner. Earlier this year, it was confirmed that Jenner and Travis Scott were expecting their second child together, making her the most likely Kardashian in need of a baby bottle.

Fans, convinced that Kylie must have quietly had her baby, pointed out that the bottles were the same that she used with Stormi. To be fair though, that probably just means Kylie left them in the communal cabinets after her daughter outgrew them.

What is, however, more likely is that the bottle was intended for Stormi’s new kitten or Travis’ daughter’s pet rabbits. Kylie has been sharing pics of the three year-old’s Christmas gift all weekend, including one of the little feline perched atop her baby bump that pretty much dispels any notion that Kylie has given birth.