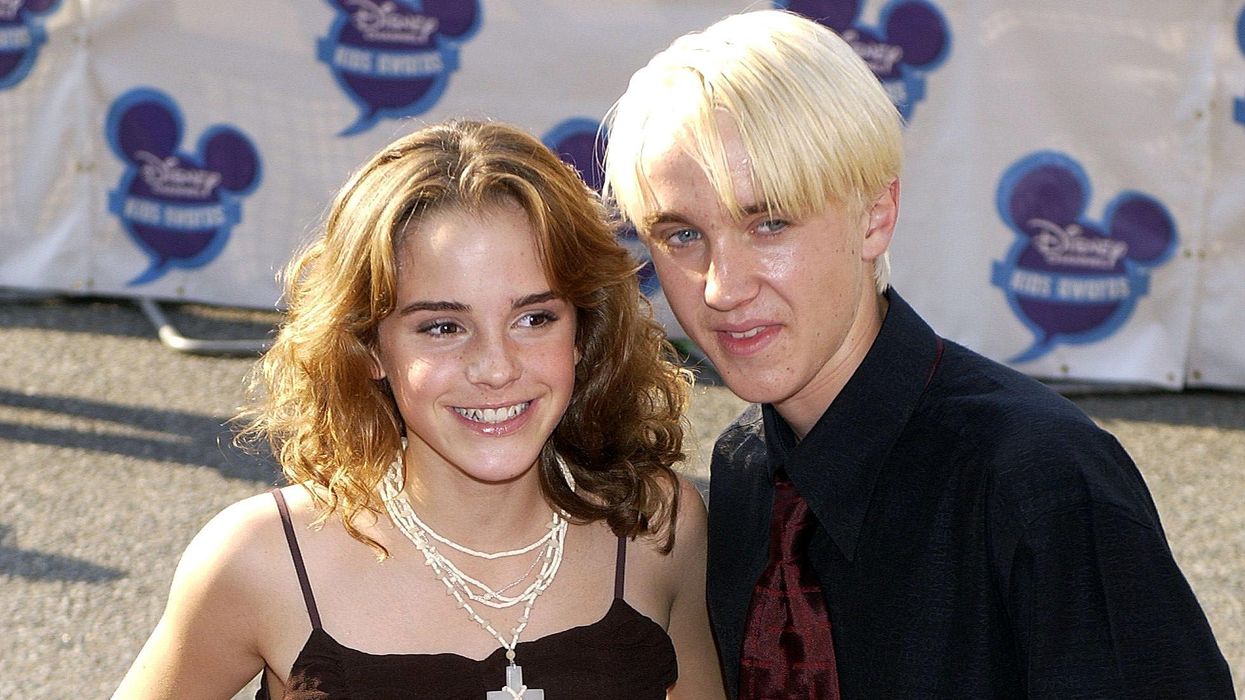 A lot of people have been looking forward to the first day of the new year not just because of another fresh start, but because of the premiere of the much-awaited Harry Potter reunion special. For the first time in years, the cast all came together back at Hogwarts to talk about the good old days.

And one of the biggest moments during the interviews was Emma Watson, who played Hermione, talking about how she “fell in love” with co-star Tom Felton who played Draco Malfoy.

Back in the day, the young members of the movie series’ cast had tutoring done because they couldn’t go to school while filming. Watson was 11 years old at the time and Felton was 14, and she walked into the room where they were studying. “The assignment that had been given was to draw what you thought God looked like, and Tom had drawn a girl with a backward cap on a skateboard,” she said. “And I just don’t know how to say it – I just fell in love with him.”

Watson insists that Felton never reciprocated her feelings for him. Though Felton definitely knew that she had a crush on him and felt very protective of her. He said during his interview, “I’ve always had a soft spot for her and that continues to this day. There’s always been something that’s like, I don’t know, a kinship.”

For the longest time, the two have been linked because of the ultimate Harry Potter fan-fic fantasy, “DraMione.” But the two say that they’re merely close friends and have never confirmed dating rumors.

Still, it’s clear that they’ve always shared something special. Even Rupert Grint said in one interview that the two had some chemistry. “There was always something,” the actor, who plays Hermione’s love interest Ron, told ET. “There was always a little bit of a spark.”